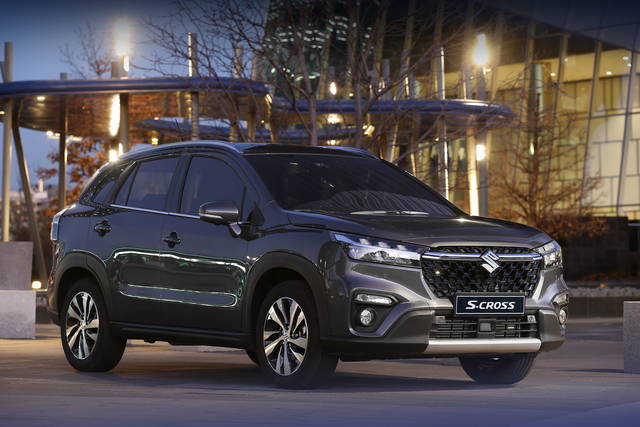 AFTER VITARA THE S-CROSS – Suzuki’s new full hybrid system made its debut on the Vitata in March 2022. Now it arrives on another very important model for the Japanese manufacturer, the S-Cross. His full name is Suzuki S-Cross Hybrid 1-5 140V and joins the current one equipped with the 1.4 Boosterjet. The car can already be ordered and has a list price of 33,090 euros with a practically full optional set-up.

AN INTELLIGENT HYBRID – The Suzuki la S-Cross Hybrid 1.5 140V employs a self-made hybrid system with the aim of being simple, economical but effective. It is composed of a 4-cylinder 1.5 Atkinson cycle heat engine with 102 HP of power and 138 Nm of torque, combined with a small 33 HP and 153 Nm electric motor inserted between the gearbox and the clutch, for a total power of the hybrid system of 116 hp. The electric motor also has the function of making the shifting of the gearbox, which is a robotized manual with a single clutch, not noticeable. The electric motor is powered by a 140 V lithium-ion battery, with a capacity of 0.84 kWh, which, with the battery charged, starting at a constant speed between 60 and 80 km / h, allows you to travel about 4 km with zero emissions. The battery, located under the trunk, from which it does not steal space, stores the electrical energy recovered during deceleration and braking, but is also regenerated by the thermal engine when traveling at a constant speed.

THE ECO MODE – The Suzuki la S-Cross Hybrid 1.5 140V provides an Eco driving mode that reduces fuel consumption and increases efficiency, favoring electric drive, adjusting the air conditioning and any four-wheel drive so that they involve less load for the thermal engine.

ALL’INIZIO FULL OPTIONAL – From 29 July it will be possible to order the Suzuki S-Cross Hybrid 1.5 140V Starview 4WD AllGrip AT Web Edition by accessing the Smart Buy platform on the site suzuki.it. The set-up in question, the only one available in the first period of marketing with the new 140V version, offers as standard: the glass sunroof that gives its name to the version, the heated seats covered in precious material, the front and rear parking, the keyless opening system, the 17 “BiColor alloy wheels, the multimedia system based on a 7” touch screen with navigator, Bluetooth and Apple CarPlay and Android Auto connectivity. The list price is 33,090 euros and the warranty is to be extended for a further two years (3 + 2) for a total of 5 years.