The Suzuki S-Cross 2023 It is just around the corner. The global presentation of the new crossover of the Japanese firm will take place this week, however, a handful of spy photos shortens the wait and reveals the appearance of your new generation, just a few days after its launch.

The photos were disseminated through the forum Team-BHP.com. They show several units within the factory of Suzuki in Hungary, where this model is produced – together with Vitara – for various regions of the world, including Mexico.

As you can see, the new generation It will be noticeably larger and will adopt a style closer to that of an SUV, with a higher hood and better defined wheel arches. At the front we will find a design of square headlights tied with a new grill; on the back, horizontal skulls with a gray finish. 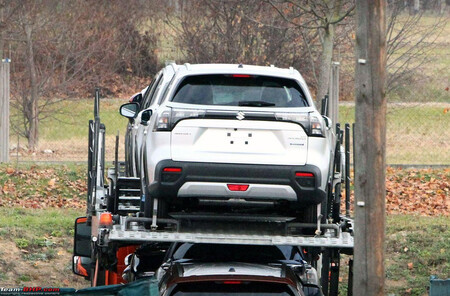 Little is known about its mechanical configuration. The first rumors pointed to the use of a new platform, however, the similarity in various parts of the body – such as the window frames – suggests that will keep its previous architecture, with some adjustments to improve ride quality. 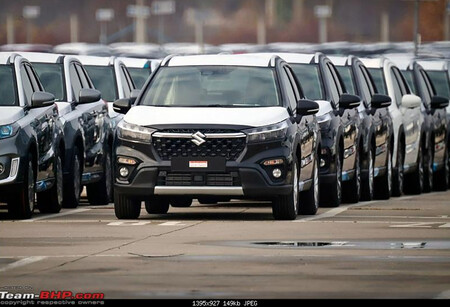 It is very likely that the engine range is similar to that of the current model, with a 1.5 and 1.6-liter naturally aspirated engines, as well as a 1.4-liter Boosterjet (turbo), with power around 140 hp. For Europe, the introduction of micro-hybrid technology and an all-wheel drive system is expected.

The global presentation of Suzuki S-Cross 2023 It will take place on November 25. Its sales in some European markets could start before the end of the year. its launch in Mexico has not been confirmed; if it is, we can expect its arrival in mid-2022.