The subcompact hatchback category has a new player, one that takes interior space and fuel economy as standards. The Suzuki Baleno comes to Mexico as a priced Swift alternative, but with an extra dose of space and a more family-friendly approach. We already had the opportunity to meet him.

There is a certain Swift flavor in its design. The shape of the headlights with a pointed tip towards the hood, the raised skulls and the thick bumpers give it that kinship, although Baleno opts for a more discreet appearance and, above all, for differences that are born from the size.

Beyond the extra 15.5 cm long, the Suzuki Baleno It is noted for its height. Its silhouette really wants to make the most of the interior space and achieves a spacious cabin for a car of this size. There is a good place for the head and a good place for the legs. Suzuki assures that it is the most spacious interior in the category and, subject to measuring it millimetrically, it seems true. 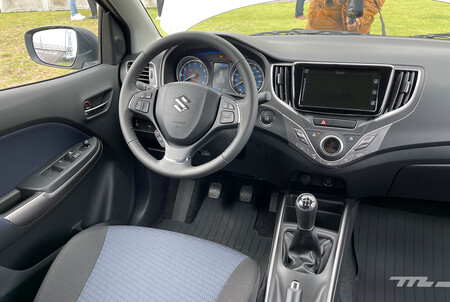 The discretion of the exterior design is also evident inside. The board is committed to modest materials and a fairly simple design, which unpretentiously places a 7 “touch screen, climate controls and a small color display for the trip computer in the instrument cluster. For Mexico, Baleno is imported from India. 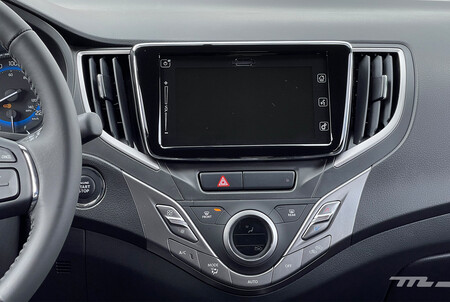 In order to Mexico, the Baleno range is made up of two levels of equipment. From the GLS, the most accessible, includes air conditioning, steering wheel controls, music player with Bluetooth connection, ABS brakes and front airbags. The version GLX adds 7 “screen, smart key, LED headlights, automatic climate control, reverse sensor, and side and curtain airbags. 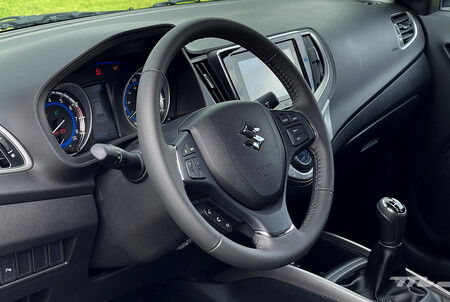 In general, the only major absence is the electronic stability control. As they explain to us at Suzuki, they decided not to include it because for their customers it is not a relevant purchase factor. The brand continually listens to their opinions and acts accordingly – such as the introduction of roof bars in Ertiga, which their customers requested – but ESP is apparently not mentioned. If the market demands it, the brand will incorporate it. 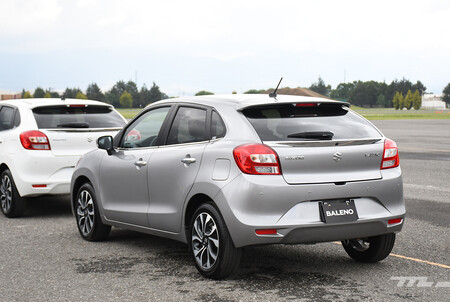 A hatchback for the city

During the brief contact we had with this vehicle on the track, classic sensations of the race come to the fore. Suzuki HEARTECT platform “Same as Swift, Ignis, Ertiga … and most of the gamut.” The Baleno feels smooth and light. The suspension is really soft and feels designed for rough roads, while the smoothness with which the steering wheel turns gives away its focus on urban environments.

The track is not its natural setting, but it did allow us to check its behavior when going fast through curves. Despite the absence of ESP, the Suzuki Baleno maintains control with some ease due to its weight of only 935 kg, although the softness of the suspension does cause a noticeable body-roll. Electronic assistance would help you avoid scares in emergency maneuvers. 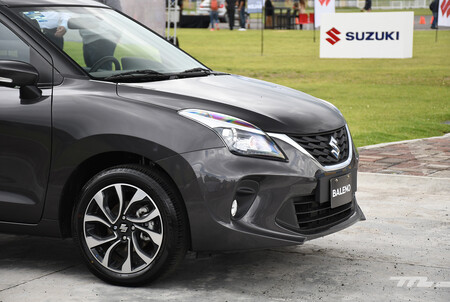 The second statement of intent for its urban approach is the engine. It is a block of 91-hp, 95-lb-ft 1.4-liter. This K14B engine, from the previous generation of Swift, is the same that is used in Ertiga and Ciaz, although with certain adjustments to optimize fuel efficiency.

See also  Who will be the mysterious bidder who paid $ 28 million to accompany Jeff Bezos on the first Blue Origin flight?

The brand speaks of a consumption of 17.6 to 18.4 km / l in the city, according to transmission. We will check it when you visit our garage.

The GLS and GLX versions can carry it with five-gear manual gearbox, but only the GLX is available with box four-speed automatic. We test the manual. At the height of the Pegaso Dynamic Center, near Toluca, the Baleno moves like any other subcompact, with an adequate start thanks to its low weight, and with the need to rev the engine to overtake or regain speed. 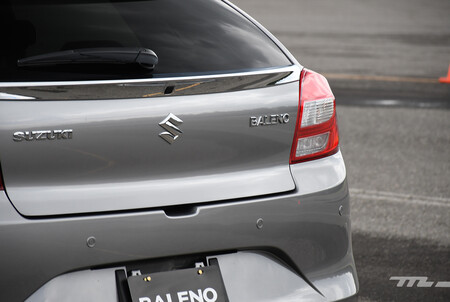 It is already on sale in Mexico

With prices ranging from 275,990 to 334,990 pesos, the Suzuki Baleno sits at the heart of the subcompact segment. Its strengths are space and fuel efficiency; its mechanical simplicity also speaks of reliability. Its only issue to really review is safety, and that is that when the trend is to include ESP and six airbags as standard equipment, Baleno reduces to the minimum required by the government in its base version and leaves ESP out at the top of range, when its rivals include it as standard.

At Motorpasión México we accept test vehicles for editorial purposes only. We do not accept sponsored content unless it is clearly specified as such.