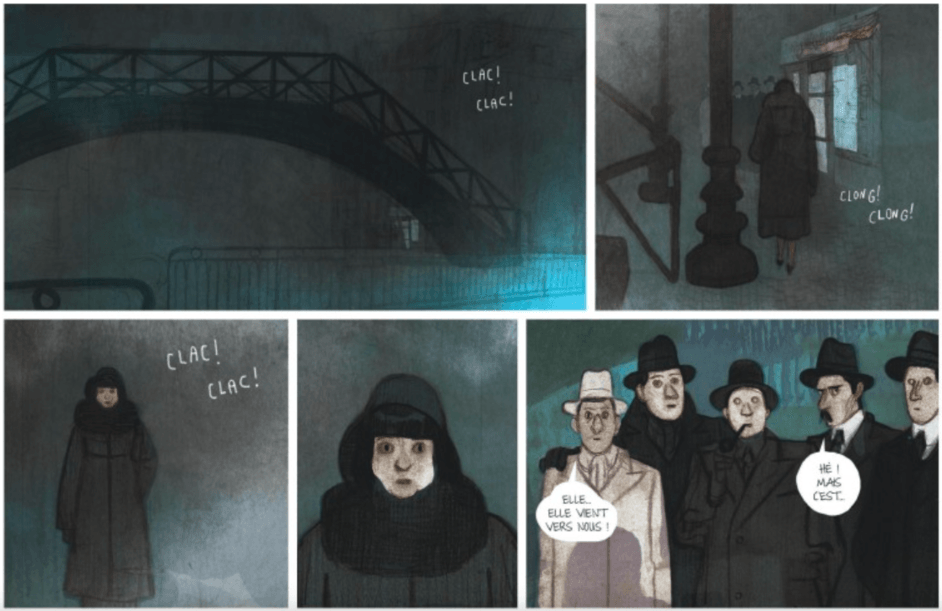 You don’t have to be a big thriller fan to appreciate Cauchemars ex machina, released by Dargaud in January 2022. The album stands out first of all for the mix of styles: suspense thriller with its spies and intrigues, fantastic and dreamlike story , psychological, and so on. The story has several narrative levels and we do not have all the keys in hand to understand where the adventures of the protagonists take us, so that the reader has the choice between breaking her head unnecessarily or sinking into her sofa. and appreciate the unexpected twists in Thierry Smolderen’s screenplay. It goes without saying that we recommend the second option.

Between the real and the imaginary, a short biography of the three main characters, placed at the beginning of the album, sets the tone. Indeed, two of them are inspired by historical crime novelists Margery Allingham and Ernst Bornemann, while the last, also a writer, is fictional. This is Corneille Richelin, discovered dead at the beginning of the story. A flashback follows which recounts the meeting of these characters from the mystery novel shortly before the Second World War. Ernst and Margery work for the British secret service and try to use Corneille Richelin to trap an eminent Nazi personality, an operation which must save the allies from an unprecedented nuclear bombardment. We spy on each other, lay traps, we invent more outlandish stratagems than each other to achieve our ends.

Another important actor in the scenario of Cauchemars ex machina: dreams – often nightmares – as the title of the work announces. Learning that Corneille Richelin draws the ideas for his novels from his dreams, which he diligently notes in a notebook, our two secret agents will try to manipulate them. Will they achieve their goal? The suspense keeps the reader in suspense until the end of the story.

The album has more to offer than quality entertainment, however. The characters in the story have interesting personalities and are touching, on both sides. We get to know them, vibrate with them, and almost hope to find them in other adventures. We should also mention Jorge Gonzàlez’s drawing, which is not to be outdone: the mysterious atmosphere of comics is carried by dark colors that are always well combined, and the characters are drawn with thick outlines that sometimes have an air of voluntary sketch, making the boards dynamic. Despite the palpable tension and the events that follow one another, the authors manage to insert calm and contemplative scenes into the album.

We strongly recommend the reading of Cauchemars ex Machina, with its mise en abyme of two very real authors who write and draw a thriller about writers of thrillers, some inspired by historical personalities, in a historical context full of adventures as for them very fictitious .

Business Coronavirus covid-19 culture daily newspaper dance digital documents documents Dominican Republic economy end football for you foryou Free newspaper fun fyp Germany Health heute.at information international media movie music national NBA news newspaper newspapers politics press Reports Russia Santo Domingo soccer Society sport Technology today Ukraine USA video Viral world
PrevPrevious“We have been together since we were 18″ – Paparazzi Magazine
NextActress Sherine Abdel Wahab… breaks her silence and reveals the secrets of the bedroom with Hossam Habib, and this is what he used to do with me every night and because of him I asked for a divorce and I can’t stand him.Next
On Key