The businessman detained for being the main suspect in killing an electrician friend in January 2020, in Guimarães, for being convinced that he had stolen around 100,000 euros from him, wrote on the social network Facebook – a few months after he committed the alleged act of murder – that “25 years in prison is not enough” for “murderers and thieves”.

António Silva, better known as “Toni do Penha”, is suspected of kidnapping, assaulting and killing Fernando “Conde”, after allegedly having hired him for an electricity job that never came into being, as it was all about ‘force ‘ the victim to confess to the alleged theft – which was never proven.

He then, with the help of a local horse handler, nicknamed Salgado (who was also arrested), dumped Conde’s body into the river Ave. A few days later, and with the alert already given to the disappearance of the electrician, Toni do Penha tried to commit suicide, after being questioned by the Judiciary Police as a witness.

A few months later, and while the investigation that culminated this week with his arrest was underway, the suspect made an unusual post on social media, where he says that 25 years of imprisonment as the maximum sentence is not enough.

“Why only 25 years in prison for monsters that don’t even deserve to see the light of day? (And that many times not even 25 years of sentence are served!)”, he wrote about the welcome he gave to the emergence of the Chega party.

And the publication continued, attributing a possible increase in crime to the arrival of foreign citizens: “And as if all the scum, the parasites of the system that we already have here, we now also have to finance the arrival of so many foreigners who claim to be ‘refugees’, who supposedly flee the war but who actually only bring us more crime and problems”.

The suspect also tells that he spent “many years” in Saudi Arabia where he observed “the way thieves and murderers are punished”. “Whoever kills dies, and whoever steals is left without hands. If here in Portugal we used this as an example, I bet this scum started to think twice before stealing. In Salazar’s time there wasn’t the corruption and lack of values ​​that there is today”, he wrote, calling for the vote in the far-right parliamentary party to “run” with “murderers and the corrupt”. 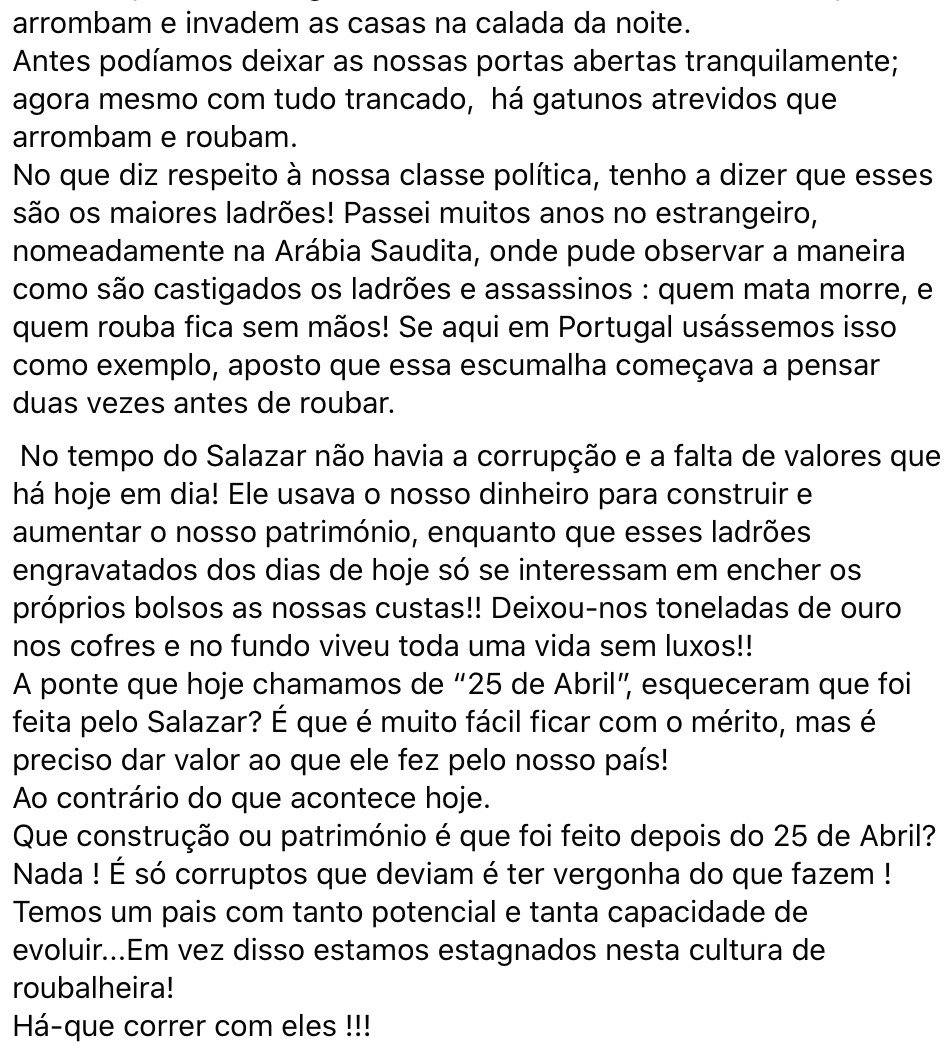 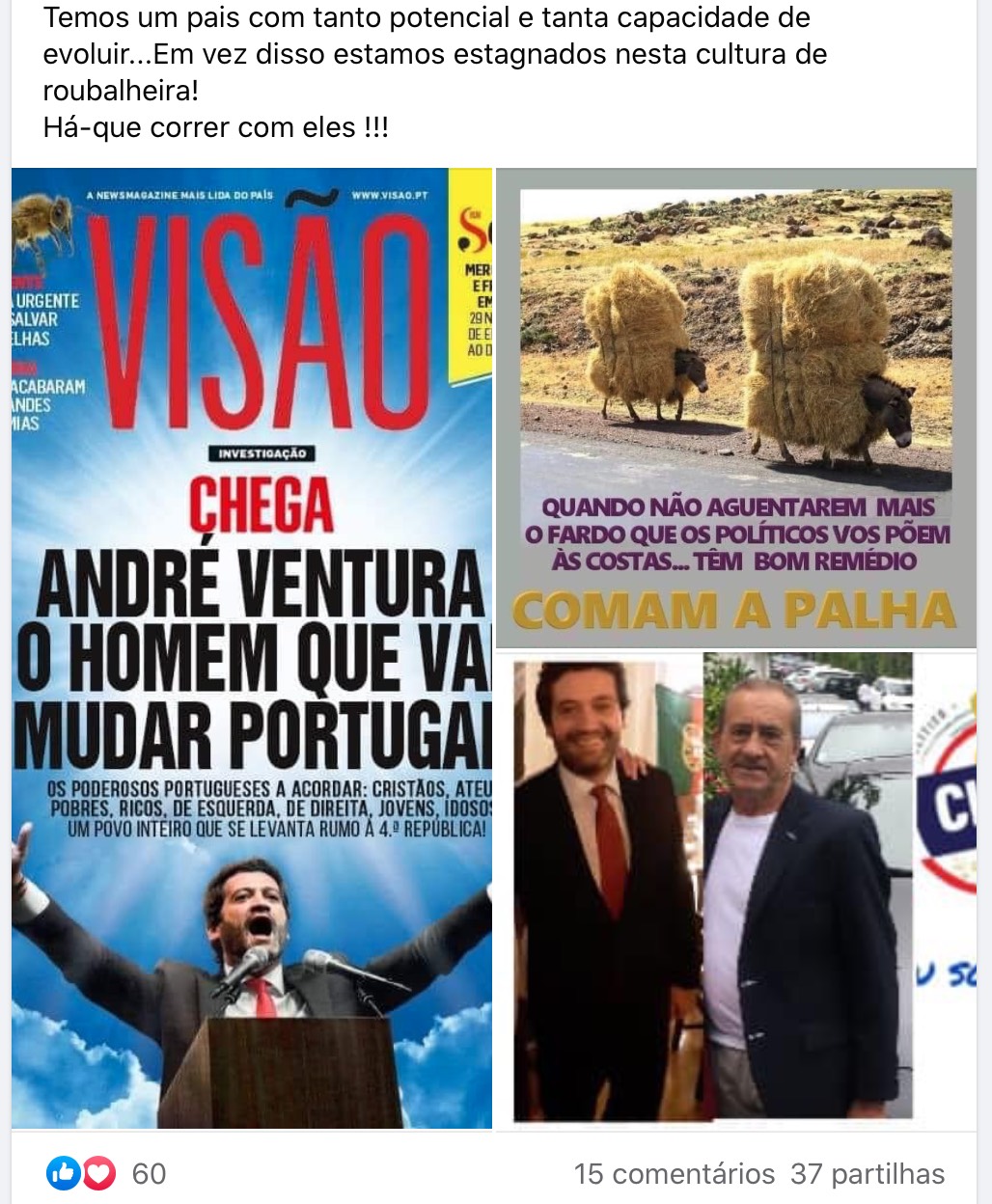 In the publication, which had more than a hundred reactions (likes, comments and shares), the author made a photomontage where he stands beside the party leader, André Ventura, but no connection between them is known.

The police specify that the facts under investigation date back to January 8, 2020, when the victim (Fernando Conde) was attracted to the vicinity of the river beach of Briteiros, in Caldas das Taipas, where she was assaulted and thrown into the Ave river. his body to be detected, on January 22, after 14 days, in the river channel of Parque da Ínsua, in S. Cláudio de Barco – Guimarães.

The searches and arrests took place under the supervision of the criminal investigation judge of Guimarães, Pedro Miguel Vieira, and the operation was carried out by operatives of the Regional Section for Combating Terrorism and Banditry, a sub-unit of the Northern Directorate of the Judiciary Police, which is specialized in this type of highly violent crime and is headed by criminal investigation coordinator Manuel Santos.