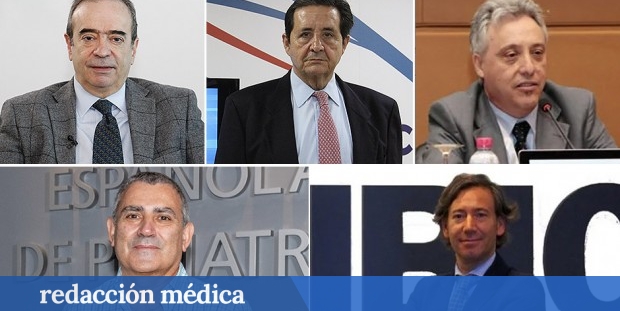 Surveillance Strategy of the SNS: keys of the specialists

carry out a new human resources policy to guarantee “the effectiveness and quality” of the health status of the Spanish population is the mission of the new Public Health Surveillance Strategy of National system of health (SNS), approved this May by the Public Health Commission. From the medical specialties still exists true uncertainty on what aspects will be prioritized from now on, although most agree that two key aspects must be to maintain the equity between the autonomous communities and keep a close eye on some diseases infectious and at higher risk of mortality.

Equity in Spain against the new anti-tobacco proposals

The diseases environmental, infectious and the smoking must be, according to German Peces-Barbavice-president of Separ, the main workhorse of the new Public Health Surveillance Strategy in relation to the Pneumology: “Within the network we must maintain equity in the autonomous communities in the new anti-smoking proposals. Environmental matters include all respiratory infections: Pneumonias, COPD,EPID, asma, etc. It is also important to monitor the levels of Radom, a natural gas that is abundant in granite areas. This is carcinogenic and is related to lung cancer.”

Among infectious diseases, Covid-19the gripe and the tuberculosis are, in the words of Peces-Barba, the “top priorities.” For the vice president, “the prevalence must be monitored and that there are no incidence peaks in certain areas. In that sense, its origin must be identified in case there is a ultra resistant strain. It is also essential to monitor the arrival nodes in Spain”. The vice president of Separ is optimistic about the arrival of the Surveillance Network, allowing “problems to be detected earlier and they will be created comparative indicators more quickly and also alert indicators. The network must be set up on health centers and sentinel centers that are widely scattered”.

Addressing the diseases with the highest mortality, a priority of SEN

Specify the plan in detail and address the neurological pathologies that generate more mortality among the population is the position defended by Jose Miguel Lainezpresident of the SEN: “I think it is a good initiative, but it is too generic, we have to see how it materializes in practice. With regard to neurological diseases, it is clear that we must concentrate on the most frequent among the population. The pathologies that produce the highest mortality are strokewhile another fundamental aspect is to address cerebrovascular diseases such as ischemic”. Another disease highlighted by Láinez that “comes to affect 5 million people in Spain is the migraine. Despite not producing mortality, it does generate great disability. Finally, we must highlight the epilepsywith 400,000 affected in our country”.

Another set of diseases where the neurologist puts the focus are the neurodegenerative: “The Alzheimer’s it is a priority, in Spain some 800,000 patients suffer from it and it is estimated that in about 25 years this figure could double or triple. the disease of Parkinson it affects 150,000 Spaniards, so it should also be monitored “.

Train the Autonomous Communities to detect outbreaks and epidemics

Since Family medicine the creation of the Surveillance Network has been celebrated, although maintaining the equity between the autonomous communities is a requirement indispensable. Vincent Martin Sancheza spokesperson for Semergen, states that “it is essential to know the epidemiological trend, not strictly reality. It should be monitored cancerthe obesity, cardiovascular diseases and those that can be prevented with vaccination. All communities must be equitable with a lowest common denominator and be able to detect an outbreak and epidemics. The Primary Care will play a fundamental role in monitoring this surveillance together with microbiology laboratories and hospital discharges”.

Pediatrics bets on a follow-up of infectious diseases

Guillermo Martín Carballovice president of AEP, is betting that the new surveillance strategy of the SNS be “used for the tracing of infectious diseases existing and emerging, monitoring of vaccination rates, chronic pathology, psychiatric, violence, study of social determinants of health and surveillance of inequities in health care”.

The detection of cardiovascular diseases, priority of SEMI

Knowing more details of the plan before pronouncing is the vision held by SEMI. Despite this, Pablo Perez Martinezscientific director of Maimonides Institute for Biomedical Research of Córdoba (Imibic) and a member of SEMI, does highlight that “one of the main focuses must be cardiovascular diseases due to their high prevalence”.