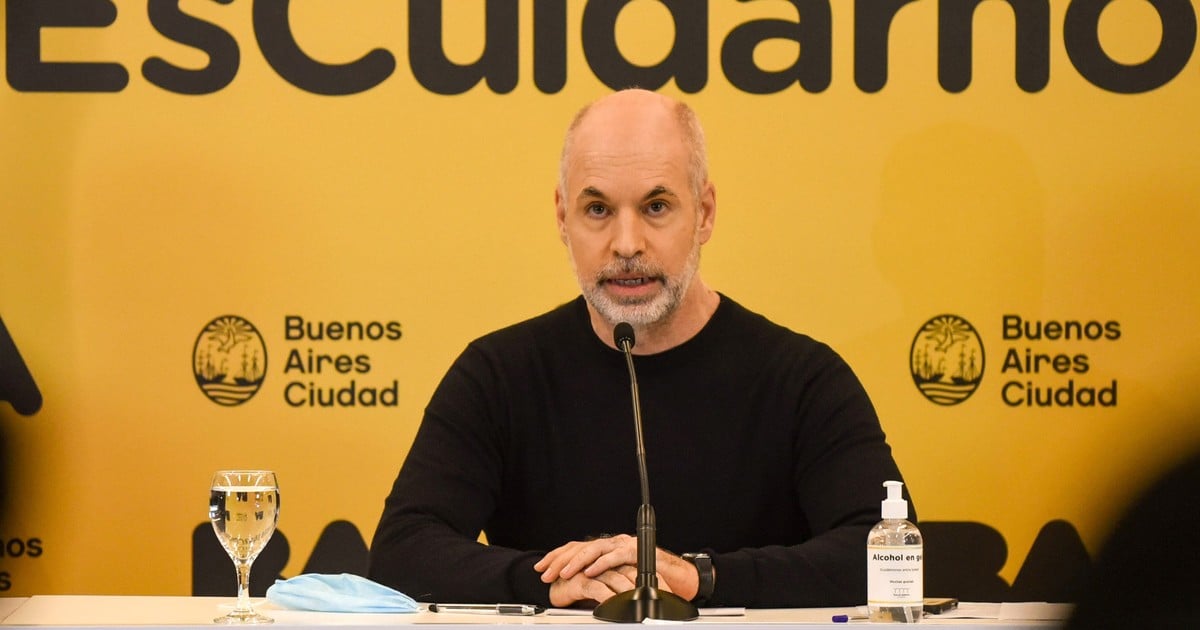 In the middle of last year, when the coronavirus pandemic was still a shocking novelty, an alarm sounded at the Instituto Patria. But that alert was not health or economic, but political. In Kirchnerism, data began to arrive with the good image harvested by the head of the Buenos Aires government, Horacio Rodríguez Larreta, on the Buenos Aires province. Even (and there the worrying thing) among voters of the Frente de Todos. A year later, to the surprise of some analysts, the PRO benchmark stays on top in the most important district of the country. With a balance in its valuation that puts it at the top of the ranking.

The survey that reveals this situation and Clarion come forward this Saturday is Circuits, a small consultant but already known in the world of politics. And specialized in the Buenos Aires territory. Between May 26 and 28, the firm conducted a survey of 1,024 cases, with +/- 3.5% margin of error.

Before entering the images of the main politicians, the report is shelling numbers that confirm the complex and pessimistic moment with which the bulk of society lives, in this case in the Province. Some examples:

Larreta and María Eugenia Vidal, with leaders of the group La Territorial, a sector of Together for Provincial Change.

– 58.3% say that the current situation is between bad and very bad.

– 52.8% believe that the economic situation in the coming months will worsen or worsen a lot.

– Although the majority follow the restrictive measures of the President, 57.7% predict that they will not be enough to reduce the cases of covid.

– There is also a high rejection of the suspension of the export of meat. People believe that it will not serve to lower prices.

In the rating table, Circuits mide a 13 leaders: national in scope, Buenos Aires or even Buenos Aires who sound to be candidates in the Province this year.

And that’s where Larreta stands out again, because he is the one who ends up with the best image balance. Yes OK Maria Eugenia Vidal It is more than weighted in favor, it has more rejection than the head of government.

In addition to these two PRO referents, three other leaders showed a positive balance: the president Alberto Fernandez, the deputy head of the Buenos Aires government Diego Santilli and the Buenos Aires Minister of Security Sergio Berni.

Good news for Santilli and Berni, who are on the list of names to fight in the province in this year’s legislative elections. 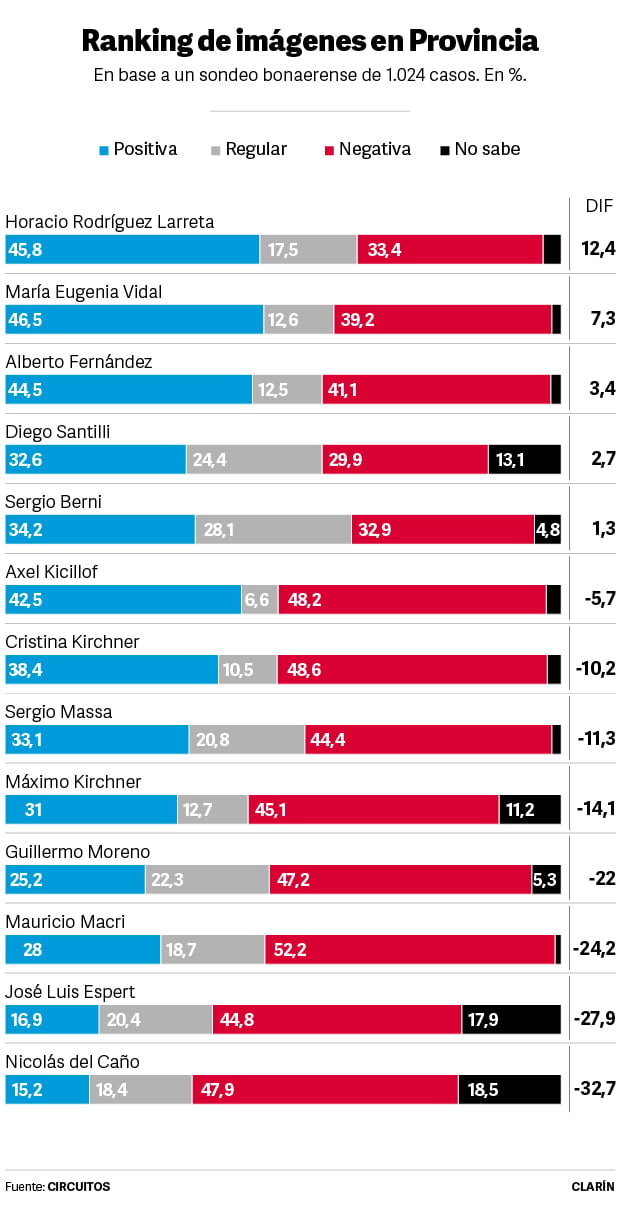 The rest of the politicians measured are left with a negative image balance. Here, the table (in all cases, totals are filled with regular image and don’t know / don’t answer):