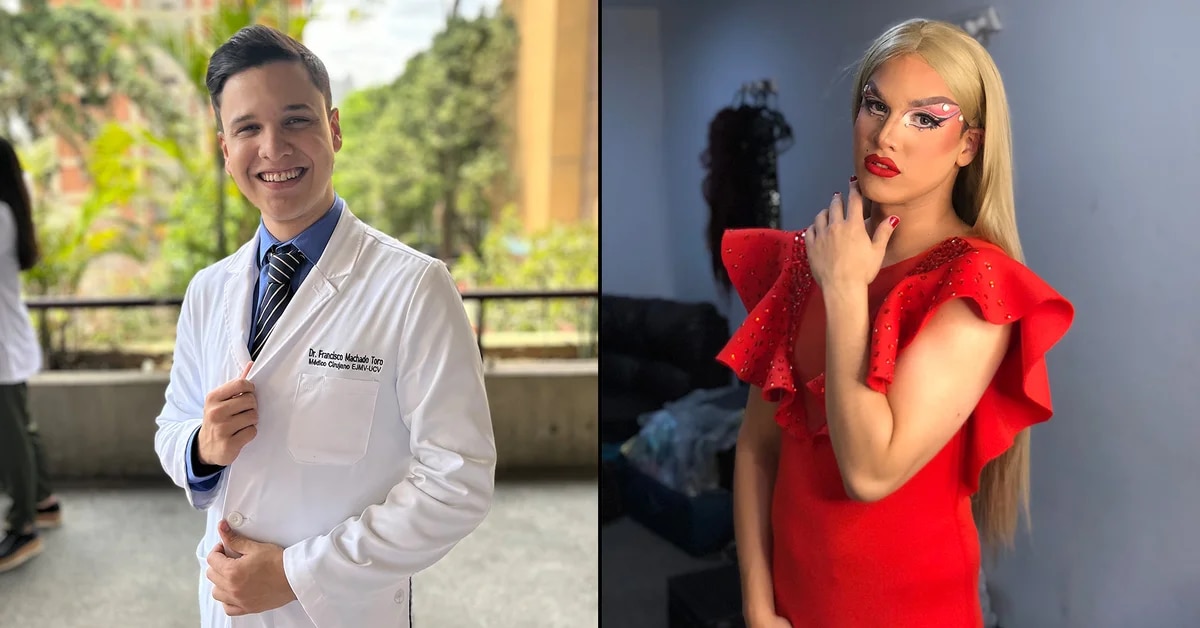 Surgeon by day, transformist by night: how the “Dragtora” conquered the Internet

Success in life and on the Internet… La Dragtora

His name is Francisco Machado Toro and he is a 27-year-old surgeon who lives in Caracas, Venezuela. In everyday life he wears the characteristic white coat of his guild, but on special occasions he changes this attire for high shoes, makeup and rhinestones. Thanks to this metamorphosis he has earned the nickname “La Dragtora” or “El Dragtor”, and his story has become popular on social networks.

It’s on Twitter that Francisco — or simply “Fran,” as he likes to be called — broke his story and it went viral. The tweet, which currently has more than 76,000 likes, served as a platform for him to make known that even in a world that can be perceived as “cold” or “serious”, as is the case of medicine, there can be freedom of expression and entertainment.

“I wrote that tweet with the aim of inspiring others to accept us as we are and live without discrimination. I also thought that I could inspire someone if I told them that, in a world with as much stigma as medicine, it is possible to do drag without leaving my profession. To my surprise, the tweet crossed borders and I met doctors around the world who also do drag and just don’t tell about it for fear of prejudice. Now we are creating a community of Dragtores! ”, He expresses in a remote chat with Infobae.

The pride of showing himself as he is

Francisco has managed to combine his drag character with his interest in social issues. As a doctor, he is Project Coordinator of the NGO País Plural and Coordinator of the PRISMA Plural and Inclusive Leadership Training Program, and will soon start his rural medical service. Instead of appearing in bars or nightclubs, she has chosen to appear in drag at the events of the civil organizations in which she participates.

But the road was not so easy for him. He first had to deal with a process of self-acceptance because she lives with vitiligo, a disease that causes the loss of pigment in various areas of the skin. “A couple of years ago I was diagnosed with this disorder, which was notorious for the rest of the people. This made me feel insecure, discouraged. It caused me low self-esteem and from intimacy it made me question being with someone else, “he says.

But what at first was devaluation and shame, became empowerment and pride from her character: Vitiliga. She, his drag alter ego, made him realize that being different was not a flaw, but a quality. “From the drag I was able to reflect and understand that I share this disease with just 1% of the population. This scenic art made me see how special it could be, and that having a different pigmentation is not a limitation in my life, but a strength that made me different. And so Vitiliga, my drag character, was born”, she expresses proudly.

Opening paths for LGBT+ people in the world of medicine

Having proudly accepted the condition with which he lives encouraged him to open a gap in places where drag is not common, such as among his medical colleagues. But according to Francisco, he has been worth it.

“At first it was controversial for me to assume what the doctors who taught me, the residents with whom I shared and the rest of my fellow students might think, due to the stereotypes that have been created in the image How should a doctor be? But little by little I was telling them and opening up to them and I was surprised by the interest that this topic could generate”, he says excitedly. 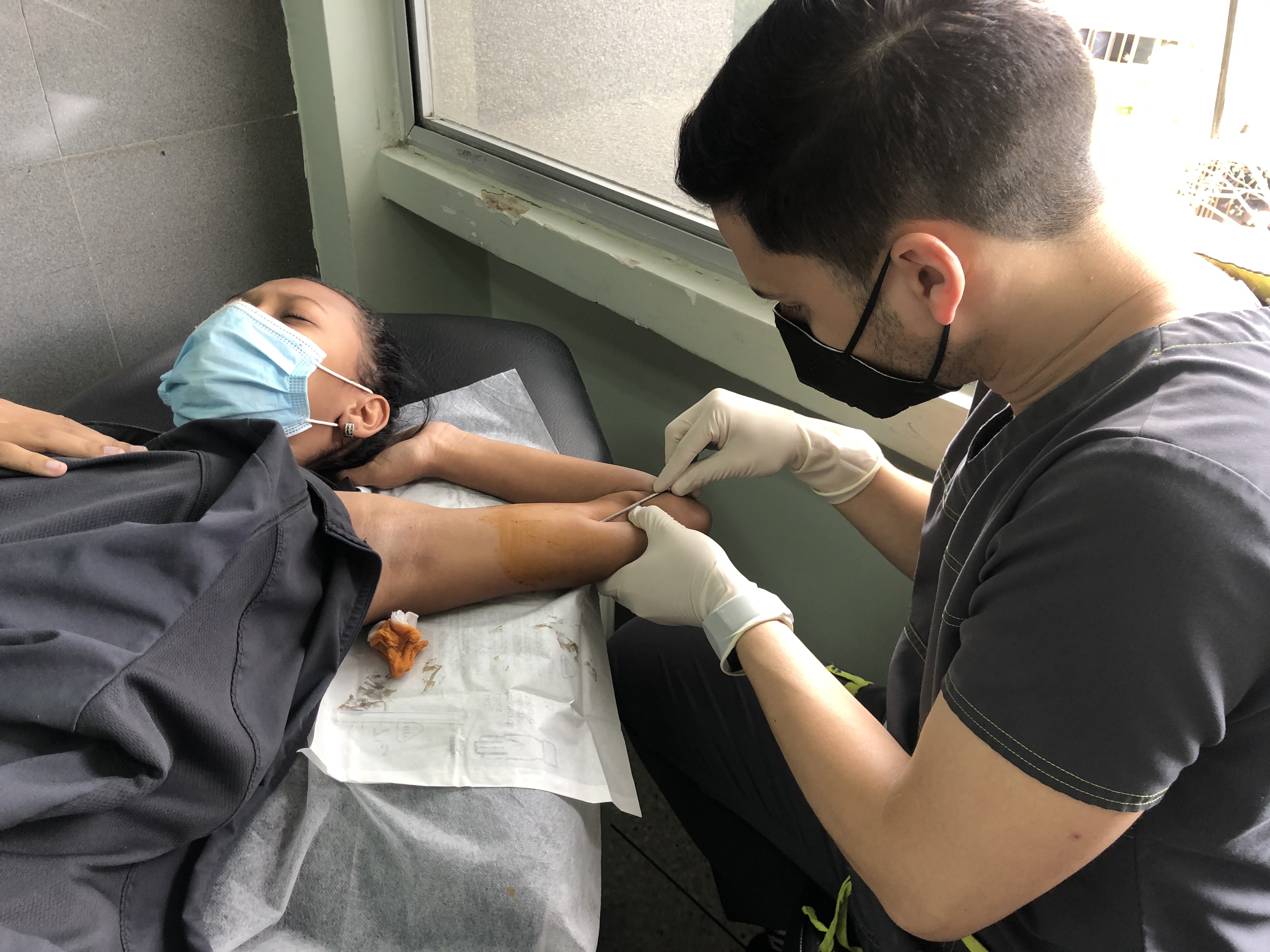 Now he has not only paved the way for himself, but for all the people in his guild who want to break stereotypes. Francisco is living proof that putting on a wig or makeup doesn’t make you less professional.

“It has been incredible to be able to inspire other future doctors and even hear colleagues tell me ‘me I would love to ride a drag‘”. It is totally satisfying and motivating to keep doing what I love, while still giving the best possible care to the people who come to my care. Now I can proudly say: ‘I’m a doctor and I do drag, and I’m known as the Dragtor.’”

The advancement of drag culture in a country hostile to diversity

Francisco is a cisgender gay man, therefore he is part of the letter G of the LGBT+ acronym. But he is also part of the T, because the word “trans” is an umbrella term that encompasses transgender people, transsexuals and transvestites. In his activity as a transformist, even when he does it as part of his stage and artistic expression, he shares some discrimination with the rest of the group.

In Venezuela, for example, there is no law that protects equal civil marriage, and Chavism, in its more than 20 years, has turned its back on any type of legislation to protect or expand the rights of LGBT+ people. Interested in social causes, Francisco hopes that the social and legal conditions will soon be met so that not only equal marriages are recognized, but also other guarantees for LGBT+, such as the change of legal identity of trans people. 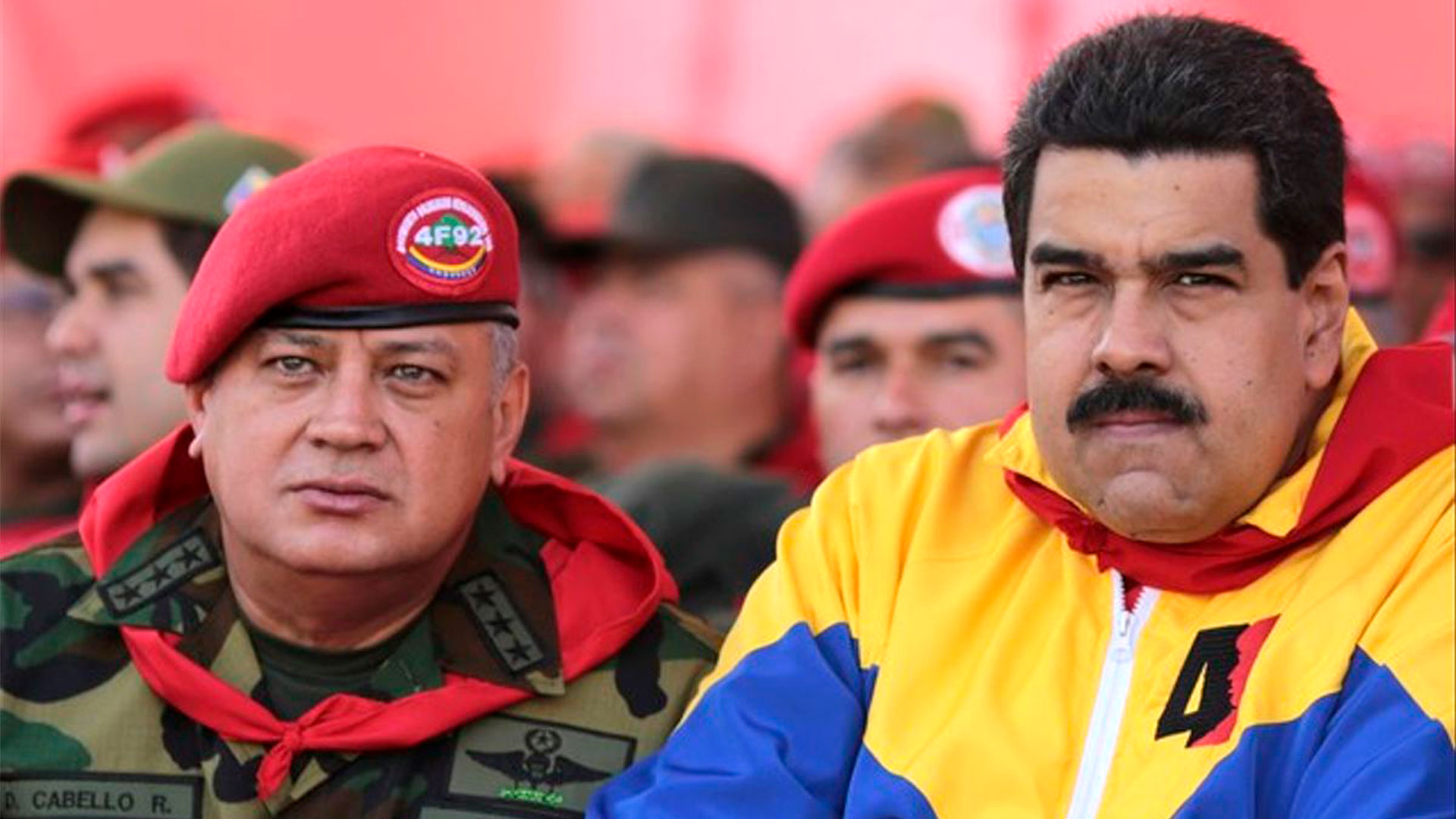 In more than 20 years in power, Chavismo has avoided any legislation or public policy in favor of LGBT+ people.

It also recognizes that at a social level, despite the state’s lack of interest in LGBT+ people, things are beginning to change for the better. Before, for example, the drag scene didn’t have as much visibility. Today there are even official events -promoted by the Embassy of the European Union in Venezuela- that include talent and drag shows.

“In Venezuela drag staging had been little explored. Very few places had these shows; currently reality has been changing progressively, more and more spaces are conquered with this type of shows, so it has been more socially accepted. Perhaps it is not something as popular as in other countries, such as the United States or Europe, but little by little, drag performances are stealing the hearts and minds of all Venezuelans, from private companies to promote brands to entertainment in bars and nightclubs. . Everyone wants a little bit of drag in their lives,” she assures.

Although Vitiliga, —or simply Viti, as those who follow her affectionately call her— does not appear in spaces such as nightclubs, Fran has preferred to take her to the social sphere. There she has been able to combine a hobby that empowers him with her interest in collective causes.

“Drag is a hobby that makes me happy and allows me to exploit the artistic side that Francisco cannot venture into on a day-to-day basis, such as dance, comedy, animation. Viti appears in the drag shows that we promote from the NGO País Plural, to which I proudly belong. That is your main platform. We always say that we do “dragtivism”, to teach from drag, from entertainment”. 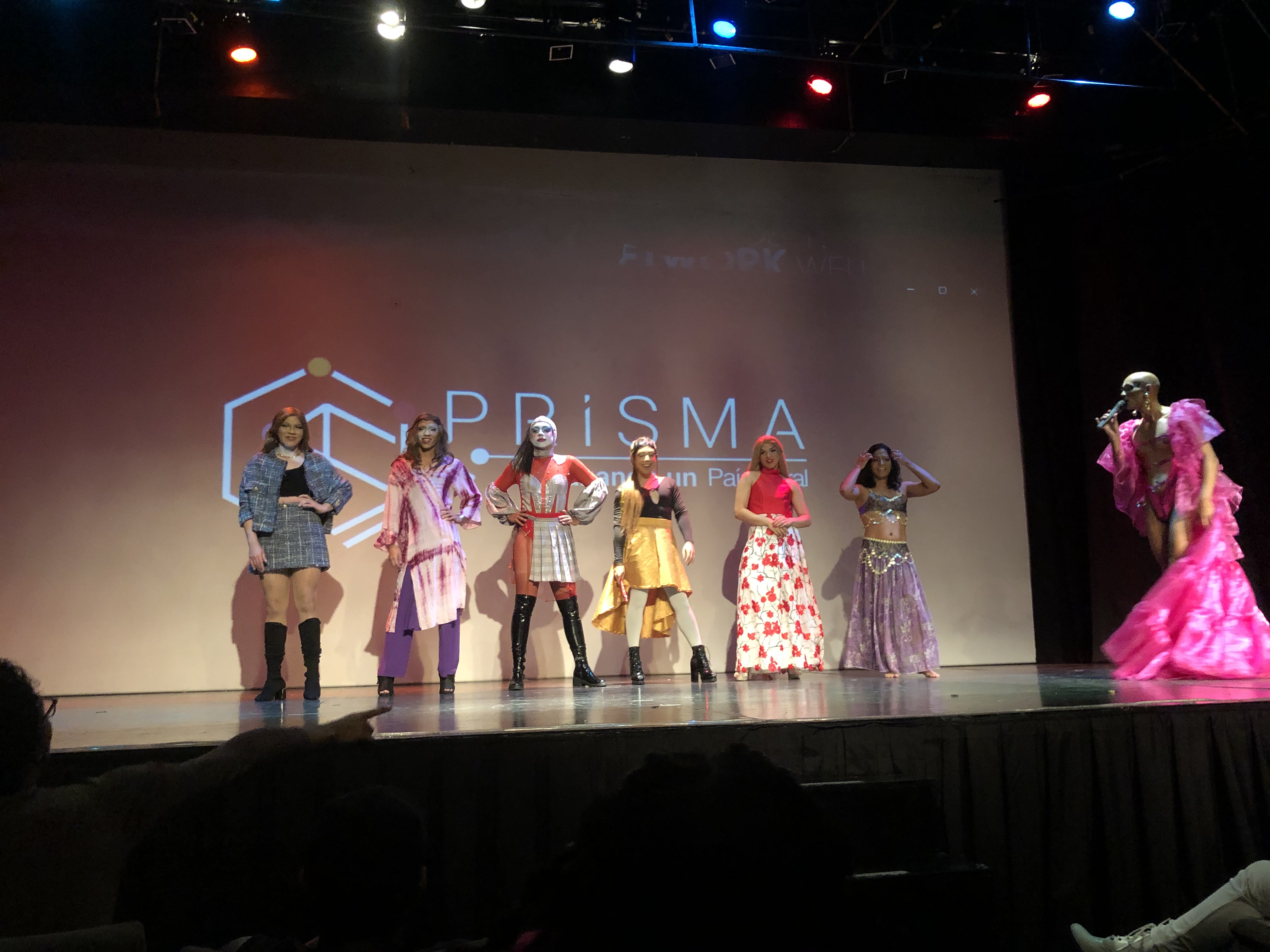 “My vocation is serving people’s health and my passion is human rights. Drag is an escape route from day to day, a space to allow me to be happy and explore everything that Francisco has to give within the artistic world. I would be satisfied as long as whoever sees my story feels inspired and wants to dare to do something different to generate a positive change in the society in which we live”, concludes Francisco.

The ordeal of being gay in Maduro’s Venezuela: “Faggots, get out of here, we’re going to kill you”
Venezuela, Nicaragua and El Salvador, targeted for human rights violations against LGBT+ people
Being a trans and lesbian woman: “My mother told me, why did you transition if you are not going to like men?”