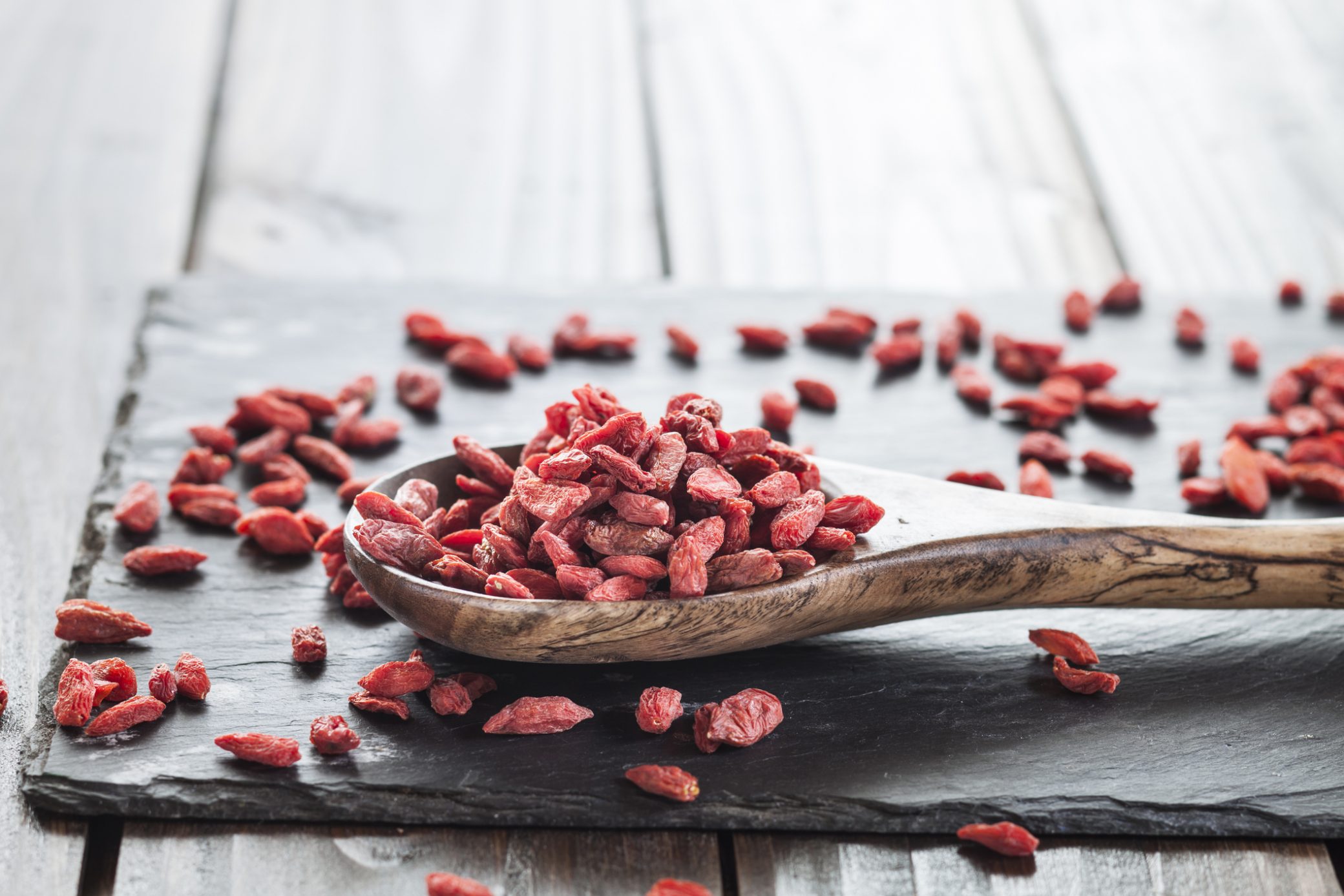 “Superfood” goji berries under review: the advantages and disadvantages

Health-conscious people rely on food or dietary supplements with goji berries out of conviction. The fruit, which is actually native to China, is said to be very rich in antioxidants, slow down aging processes and even protect against cancer. Fans of the berry celebrate the almost medicinal properties. However, there are a few things to keep in mind, especially if you are taking medication or are pregnant.

Goji berries owe their reputation as a “superfood” to a number of valuable ingredients. It contains vitamins, phytochemicals, minerals, trace elements and even fatty acids. In addition, goji berries score points with their protein content of around 15.6 percent (which is amazing for fruit). The beauty industry has already discovered the exotic “superfood” for itself. Thanks to their antioxidants, goji berries not only strengthen the immune system and protect against pathological cell changes, but also slow down (skin) aging processes. In summary, goji berries are real bombs of healthy ingredients – and therefore have long been part of traditional Chinese medicine. But what do medical studies say about the goji berry and what are the advantages and disadvantages?

According to a study, goji berries are good for the eyes

According to a 2021 study from the University of California, goji berries are said to be good for the eyes. The study involved 27 people between the ages of 45 and 65. For 90 days, 13 subjects ate 28 grams of goji berries five times a week and 14 participants received a dietary supplement containing lutein and zeaxanthin.

The results were quite promising. Because the regular consumption of small portions of the “superfood” should help to delay or even prevent the development of age-related macular degeneration (AMD). AMD is a chronic disease that occurs primarily in metabolic disorders. Visual impairments are then usually the result. The researchers found that the macular pigment optical density (MPOD) increased with consumption. Put simply, the macular pigment serves as a protective shield for the visual cells and absorbs, among other things, blue light, which is harmful to the eyes. It also provides antioxidant protection from harmful UV light.

During the study period, 13 participants received goji berries, while 14 subjects received the dietary supplement. The researchers came to the conclusion that the protective pigments increased significantly in the goji berry group, but no changes were found in the other group.

Also interesting: hype about the maqui berry – what can the superfood from South America do?

Not advisable for diabetics and pregnant women

But there are also downsides to the goji berry. Scientists speak of a potential blood sugar-lowering effect and thus a warning for diabetics. Consuming goji berries can cause “blood sugar to drop too low if you are also taking medication for diabetes”.2

It also says that expectant and breastfeeding mothers should better not eat goji berries. Not enough is known about any effects on the pregnancy or the health of the child. There are concerns that the ingredients in the fruit could cause the uterus to contract, potentially resulting in premature birth.

Also interesting: What are pseudocereals and what are the health benefits of the different varieties?

Also interesting: Is it a health concern to eat frozen fruit?

FITBOOK has teamed up with nutritionist Uwe Knopspoken. In addition to the dangers for risk groups, he also sees disadvantages of the goji berry, which could irritate non-predisposed people. Knop mentions “a potential health hazard if you don’t know exactly where the berries come from, how they were processed and treated”. They are often contaminated with pollutants and germs.

Better: “Superfoods” from the region

The fact that one often does not know where (exactly) the alleged superfood comes from naturally leaves a certain “taste” or a negative ecological footprint. Knop also advises buying and consuming local fruit – “preferably from the region from the farmer and dealer you trust, because you know what you have.”

If you are interested in the antioxidant properties of the goji berry, you should be well advised to go with the black currant. Here it is the plant substance anthocyanins that is able to protect against cancer. In addition, the black currant provides many vitamins, especially ascorbic acid, and our bone substance benefits from this, among other things.