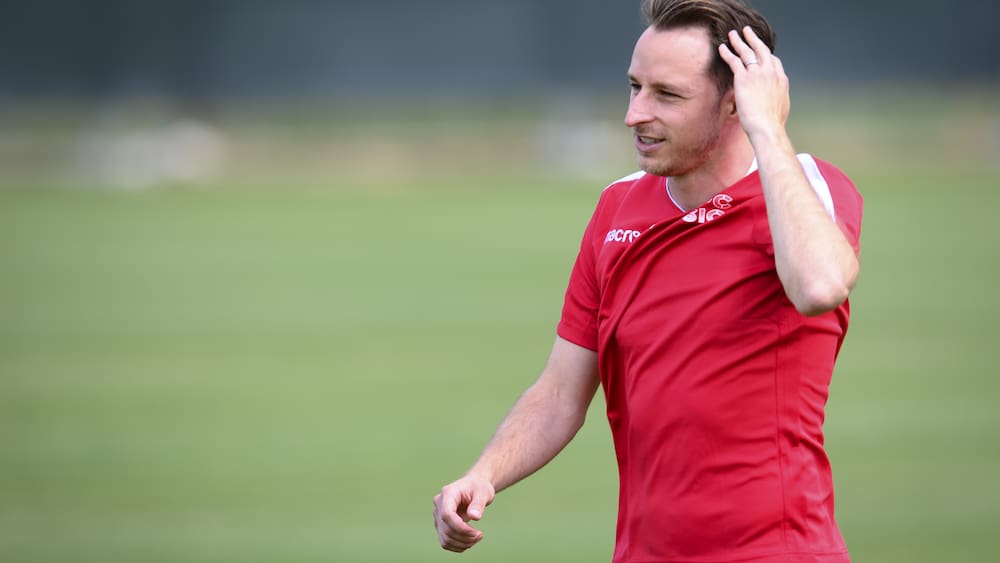 It is a game for the history books, back in February 2016. And the drama cannot be surpassed. St.Etienne scored to equalize shortly before the end, FCB is out of the Europa League at this point. Then Luca Zuffi comes and makes the Joggeli shake. Madness!

Just one of countless highlights, the Winterthur man wears the FCB jersey 271 times, becomes champion and cup winner, but he is still waiting for an official farewell to this day. There wasn’t even a bouquet of flowers.

But Zuffi doesn’t hold a grudge for it. On the contrary. “I had a great time in Basel and made a lot of good friends,” says the 31-year-old. It is no secret that he would have liked to stay at FCB, but the old leadership around Bernhard Burgener did not offer the veteran what he had imagined. “I was only offered a one-year contract, but at my age I have to think about the future.”

The negotiations stalled, then the new crew around David Degen took over and told Zuffi that they were no longer planning with him. “You want to bring a breath of fresh air and bet on younger players.”

Sion wants peace in the club

At FC Sion, however, Zuffi is in demand, when the Valais offer him a three-year contract, the Winterthur doesn’t have to think twice. The fact that he is moving from one chaos club to the next chaos club does not worry the left footer. On the contrary. “At the first meeting, it was made clear to me that they wanted to bring calm to the club. Continuity. Not so many coach changes anymore, more local players. ” With Gelson Fernandes as Vice President, the first step in this direction has been taken.

In general, he has a very good feeling, says Zuffi. With Marco Walker, there is a man on the sidelines at Sion whom he knows from times together at FC Basel. And Christian Constantin always left a positive impression on him. “He was always very warm to me, even when I was still playing for FCB.”

Zuffi is well aware that CC can do different things and that it can lose its nerve in a series of defeats. It is also up to him to prevent this from happening.