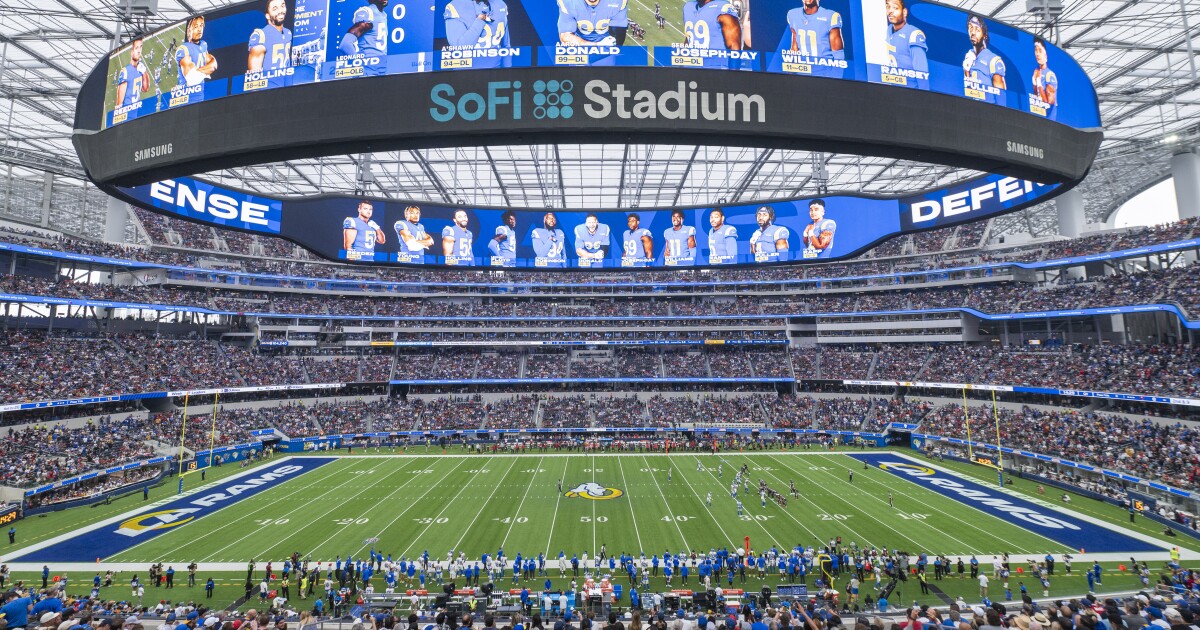 With the Super Bowl just a month away, preparations are moving full speed ahead for what will be the return of the NFL’s biggest event to where it began.

Both representatives of the NFL and local organizers assure that the game for the championship will stay in the Los Angeles area.

The NFL has no plans to take the Super Bowl to Arlington, Texas, or any other city despite the recent surge in COVID-19 cases and California’s health measures, officials confirmed Thursday at SoFi Stadium during a rally. press on the occasion of the month prior to the 56th Super Bowl to be played on February 13.

“All of our plans for Super Bowl week will continue for a month from today,” said Katie Keenan, NFL’s senior director of events operations. “We are working with everyone here, with the Los Angeles County Department of Health, to ensure that all of our events are held safely.”

The first Super Bowl was played at the Coliseum in downtown Los Angeles in January 1967. The 56th edition will be played for the first time in the two-year-old stadium owned by Los Angeles Rams owner Stan Kroenke. opening in the summer of 2020 south of Los Angeles.

The stadium is uniquely designed to be open or closed. It includes a translucent roof and a ventilation system whose draft circulates from the open ends located at the top of a low-height bowl.

The NFL’s announcement earlier this month that it might examine the possibility of using the Dallas Cowboys AT&T Stadium as an alternate venue for the Super Bowl caused a media stir, should California regulations prevent the league from holding it in this place.

The NFL immediately confirmed that every year it finds alternate venues for the Super Bowl and that it did not lose sleep over the possibility that the match could not take place in Inglewood.

Several California universities limited their capacity for indoor sports competitions in January after various postponements related to the coronavirus.

However, those decisions were made by the universities and not by state order. Southern California professional sports teams didn’t follow suit — both the Rams and Chargers were sold out in January.

Rams COO Kevin Demoff noted that SoFi had extensive coronavirus safety protocols in place during the 17 regular-season games the Rams and Chargers played at the stadium.

Those precautions will continue for Monday night, in the first postseason game in the building’s history, where the fourth-seeded Rams (12-5) host the Arizona Cardinals (11-6).