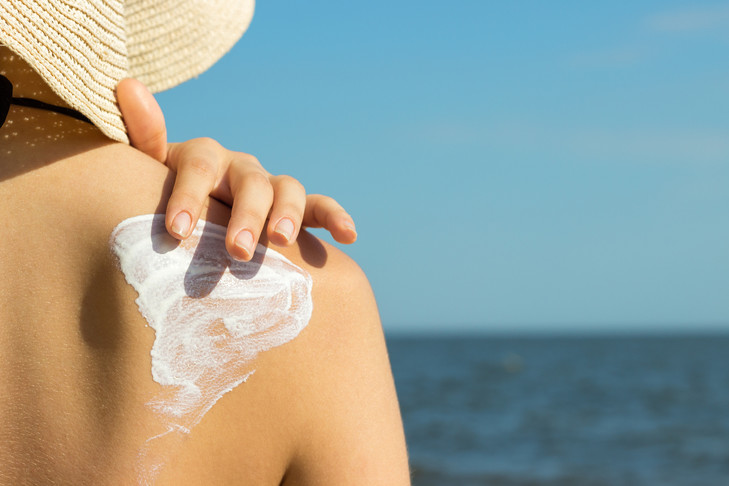 Octocrylene, oxybenzone, phenoxyethanol… These substances with barbaric names are found in sunscreens which are widely spread on the skin in summer to prevent sunburn. However, if they protect against cancer risks, these anti-UV filters can become harmful for the environment, corals in particular, and for the skin of children, denounce two new studies.

→ READ. How to choose non-toxic cosmetics

One, published on Thursday July 2 by two associations for the defense of the environment, Wecf France and Agir pour l’environnement, reveals that ” in the 71 children’s sun products [analysés], 29 problematic substances, more or less worrying, were identified. (…) 5 substances are endocrine disruptors of great concern. “The two groups request a referral from the National Agency for Food, Environmental and Occupational Health Safety (ANSES)” to assess the benefit / risk ratio of sunscreens for children ».

The other, published in mid-June, was carried out by a team of researchers from the Laboratory of Biodiversity and Microbial Biotechnologies and the Oceanological Observatory of Banyuls-sur-Mer. She points to the effects on corals of three UV filters, octocrylene, oxybenzone and ethylhexyl salicylate, completing a December 2018 report on the same subject.

5,000 tonnes of sunscreen dumped into the sea each year

These studies are not the first of their kind, in France or abroad. For several years, many of them have denounced the toxicity of chemicals found in sunscreens, foundations or laundry, which are then found in the blood or in the ocean.

Concerned about the harmfulness of these ingredients – around 5,000 tonnes of sunscreen are said to be poured into the sea each year in tropical areas – Palau, an archipelago of 500 islands in Micronesia, in the Pacific, has already banned octocrylene in sunscreens since January 2020. From 2021, it will also be banned on beaches in the state of Hawaii, United States, just like oxybenzone.

For its part, France, the fourth country with the most coral reefs and the second largest maritime domain in the world, has not yet acted. However, in August 2018, the Secretary of State for the Ecological and Inclusive Transition Brune Poirson instructed ANSES with an “Oceans Mission” with the aim of “ identify the substances of greatest concern “For corals and” propose the appropriate regulatory framework measures », Which can go as far as prohibition. The conclusions of the audit were due in the first quarter of 2019, but no report has emerged.