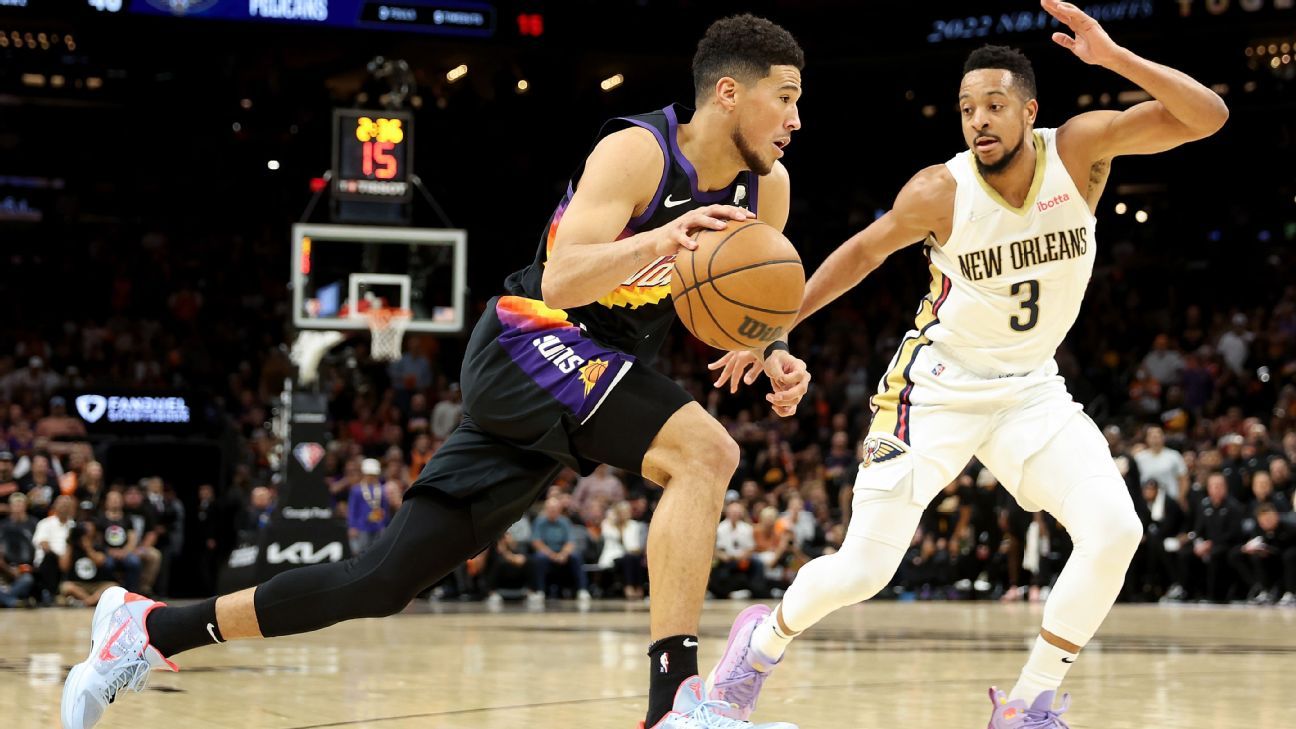 The Phoenix Suns were fined $25,000 for failing to disclose the status of Devin Booker’s injury heading into Game 6 of the first round against the New Orleans Pelicans in an “accurate and timely manner,” the NBA announced Saturday.

Booker suffered a Grade 1 right hamstring sprain in Game 2 against New Orleans after scoring 31 points in the first half.

The All-Star shooting guard was out of the lineup for nine days, missing Games 3, 4 and 5, before returning for Game 6 on Thursday.

The celebration of the 75th NBA season continues with the playoffs, which you can watch across the ESPN family of channels, including ESPN Deportes and ESPN3.

“I thought he was fine,” Suns coach Monty Williams said after practice Saturday when asked how Booker’s hamstring held up. “When I talked to him, he was straight with me, like, ‘Coach, I’m fine, I feel strong.’ was cheating at the game, it was just more efficient.

“I hadn’t played in over a week, so that probably had a lot to do with it, but in the second half I thought I saw more of an effort to just play. And we needed that.”

Phoenix, the No. 1 seed in the Western Conference, hosts the No. 4-seeded Dallas Mavericks in the conference semifinals beginning in Game 1 on Monday.