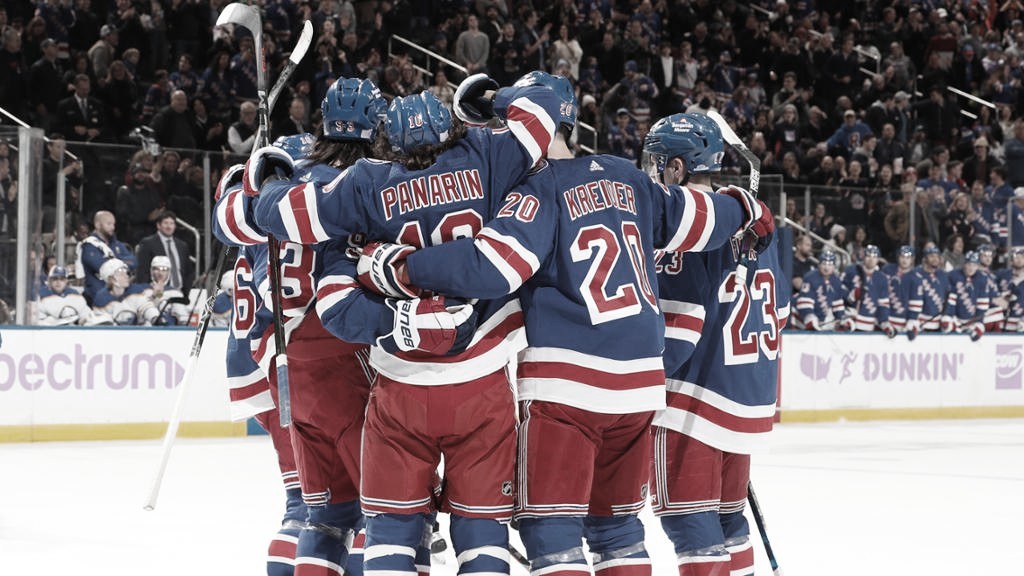 Eliminated in six games in the Eastern Conference finals by Tampa Bay Lightning.

The process of reconstruction of the Rangers underwent a brutal turn of the rudder, when once the season finished without reaching the playoffs, John Davidson, president of hockey operations, and Jeff Gorton, general manager, were fired to put in charge of both positions to Chris Drury.

It remained to be seen if the new rector of the reconstruction would be able to give it a boost, which apparently his predecessors had not achieved. A season in which it was expected that Igor Shesterkin responded to the faith placed in him, that the defense was something more than the performance of Adam Fox and of course, waiting for the appearance of the great promises acquired in the draft, Alexis Lafreniere y Kaapo Kako. With all these variables in favor, an assault on a wild card It seemed like a realistic goal for this team, which also had a new tenant on the bench, Gerard Gallant.

The team finished the season as a conference finalist, undoubtedly a much higher closing than expected when the team started up in the fall. A breach of expectations that also reached the regular season, because los blueshirts they were not satisfied with scratching a wild cardif not that they were made, and legitimately with the second position of the Metropolitanonly surpassed by one of the favorites a la Stanley, the Carolina Hurricanes.

The Rangers columns speak Russian, Artemi Panarin he not only scores, although he could do more, but he is a player who makes others do it, like Chris Kreider o Mika Zibanejad. And above all Igor Shesterkin, the only goalkeeper in the league who has been able to challenge the dominance under Vasilevskiy’s tubesand that was the great thermometer of the team’s results. The best performances of the team coincided with the peaks of form of its starting goalkeeper.

In playoffthe team decided to enjoy the opportunityand without complexes faced the postseason, and far from being intimidated against more experienced teams, gave them a hard time, as much as to eliminate the Penguins and Hurricanes in seven games, and even go 2-0 with Tampa Bay, but the games accumulated and the spirit of the champions in exercise finished with a season that deserves to be described as outstanding.