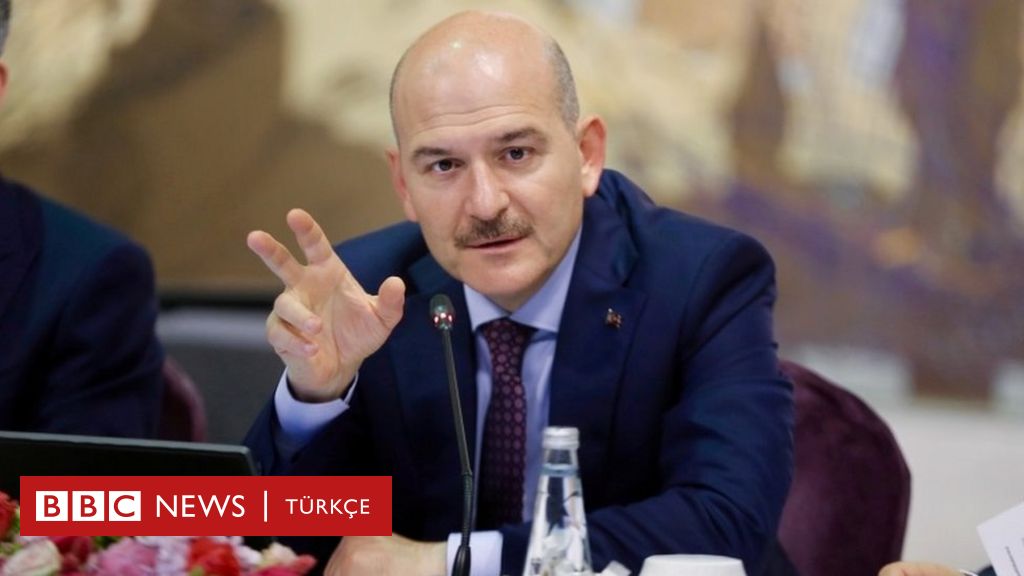 Justice and Development Party (AKP) investigation or investigation on the floor of the Parliament regarding the allegations of Sedat Peker, wanted for being the leader of an organized crime organization, against some names, including Minister of Interior Süleyman Soylu and Member of the Central Decision Board (MKYK) Metin Külünk. closed the doors to the establishment of the commission.

However, Soylu’s addressing the ministers and bureaucrats who served in the previous period regarding the granting of protection to Peker in two television programs he participated in, created a controversy within the AKP. It was learned that 15 deputies, including names of security origin, met with the group managers and personally conveyed their discomfort to the party management.

Participating in the meeting with the deputies, AKP Group Deputy Chairman Bülent Turan stated that the statement about the meeting that he “undertook a duty” was not true.

President Recep Tayyip Erdoğan claimed Soylu, targeted by Peker, in a speech he delivered at the group meeting about three weeks after the videos were released. Erdoğan also stated that former Prime Minister Binali Yıldırım was targeted over his son and made a statement saying, “We will break this bench.” Following these statements by Erdoğan, an Istanbul-based operation was launched against the organized crime group led by Peker.

Despite these statements, the discussions about Soylu’s statements within the party are not over.

Soylu’s pointing out to the ministers or bureaucrats who preceded him while giving protection to Peker caused reactions from the names who are still deputies in the party.

According to the information received, 15 deputies, including names who served as the Ministry of Interior and Police Department before Soylu, personally conveyed their discomfort to the party management about Soylu’s statements.

It was learned that the said deputies wanted to meet with President Erdoğan first, but in the internal evaluations, it was decided to appoint Group Deputy Chairman Bülent Turan.

According to the information obtained, at the meeting held in the days after the program he attended on Habertürk TV, the deputies stated that Soylu “ignored the period before him and even put him under suspicion”.

It was stated that the deputies also conveyed the opinion that “if necessary, everyone mentioned in those videos should be lifted from our immunity, and the judicial process should begin. But Soylu should also resign, a parliamentary investigation should be opened. The Presidency State Supervisory Board should also investigate these allegations.”

Another issue of discomfort within the AKP regarding Soylu is the rally he held before the elections in the Güney town of Afyonkarahisar last weekend.

Pointing out that Soylu is in a position to enforce the curfew in order to prevent people from coming into contact with each other in the fight against the coronavirus epidemic, it is stated that arranging a rally accompanied by a crowded convoy contradicts this position.

However, in the evaluations made in the party management, it was stated that Soylu’s statement “There is a politician who received a salary of 10 thousand dollars from Peker” and that it was a mistake to address the ministers or bureaucrats who served in the previous periods, but his resignation or an investigation was not welcomed.

In such a process, it was evaluated that an act against Soylu would leave the party in a difficult situation and “removed the Minister of Internal Affairs on the allegations of the mafia leader”.

It was stated that President Erdoğan warned the party executives not to respond to Peker’s allegations and not to make speeches that could be taken “in different directions” at the last Central Executive Board (MYK) meeting of his party.

It was stated that Erdogan also closed the doors to the option of an investigation or investigation on the floor of the Parliament regarding the allegations in question and pointed to the judiciary by saying, “Everyone who commits a crime will be held accountable before the law.” It is rumored that Erdoğan made similar warnings to Soylu in AKP backstage.

Erdogan to meet with MPs

While these discussions were taking place within the party, President Erdoğan again put the evaluation meetings with the deputies on his agenda, which could not be held for a while due to the pandemic. At the group meeting of his party yesterday, Erdogan announced that they will start their breakfast evaluation meetings, which will be held in groups with the deputies, on 24 June.

What did the nobleman say?

Sedat Peker claimed that Interior Süleyman Soylu gave him protection in the videos he published.

Soylu said, “January 16, 2015. DHKP/C threatens Sedat Peker, the person concerned. January 26, 2015 says ‘I don’t want protection’, then ‘I do’. The commission meets again, intelligence and terror come together and they Istanbul Police Chief Selami Altınok, I think also responsible for terrorism Mustafa Çalışkan. Now this man, Nurettin Demir. Former Kadıköy district police chief. His brother Nurten Demir killed him in 1992 from DHKP/C, his other brother is affiliated with DHKP/C “Then what happened to this person? He was punished by FETO”.

After this news, Altınok reacted to the news by making a written statement. Saying, “Persons with official titles and duties have been unfairly exposed and accused,” Altınok said, “Personally, all our nation and the public are grateful for the struggle and stance of the signatories, who are mentioned in the document I worked with and whose protection decision was given, both on December 17-25 and July 15. is a close witness”.

After this statement, Anadolu Agency updated its news and removed Altınok’s name and deleted the first tweets.

Soylu also claimed in a television program he attended that “There is a politician who receives a salary of 10 thousand dollars from Sedat Peker”.

Soylu, who did not give a name against persistent questions, stated that he could give this name to the prosecutor if he was summoned. While Soylu did not disclose this name, Peker claimed in his latest video that he “give bags and bags of money” to AKP MKYK Member Metin Külünk.

Mustafa Şentop, the Speaker of the Grand National Assembly of Turkey, to whom the CHP applied in writing to “announce the politician who received 10 thousand dollars”, asked the Minister of Interior Soylu for information on this matter on 27 May.

Bülent Turan: I did not undertake the task

“The AK Party is a political movement that has always been on the side of law, justice and fairness and has fought fiercely against criminal organizations. This is where it stands today and tomorrow, as it was yesterday. It is undoubtedly the relevant units of the state that will carry out this struggle. The allegations in your news are the issues that have been brought to justice. In addition, Mr. Minister personally applied to the prosecutors to investigate all kinds of allegations. Our opinion is that the issues that correspond to the law, beyond gossip and rumor, will be revealed in all respects and shared with everyone in a way that satisfies the public conscience. On the basis of the rule of law, it is important to reveal all kinds of doubts. is on it.

“But let’s not forget that one of the requirements for the establishment of justice is to prevent attempts to do political engineering with gossip and rumors. We think that paying attention to these issues is the duty of all segments, not just politicians. I believe that the responsibility of the press in this matter is that it informs the public with principled and objective news. I hope that your article will be re-evaluated with this understanding, within the framework of its principles.”

Behind the BBC Turkish news

After the explanation BBC doorkcheTuran, who met in person, said that an evaluation meeting was held with the deputies, but he was not given any task regarding the meeting, therefore he did not agree with the statement “15 deputies conveyed their discomfort to the administration”.

EditKnit Note: Our correspondent confirmed with some participants of the meeting the discomfort of the deputies, including the demand for Soylu’s resignation. BBC Turkish, behind the newsis at hand and the reputation of the correspondentrini any water that will damageto whine does not accept.