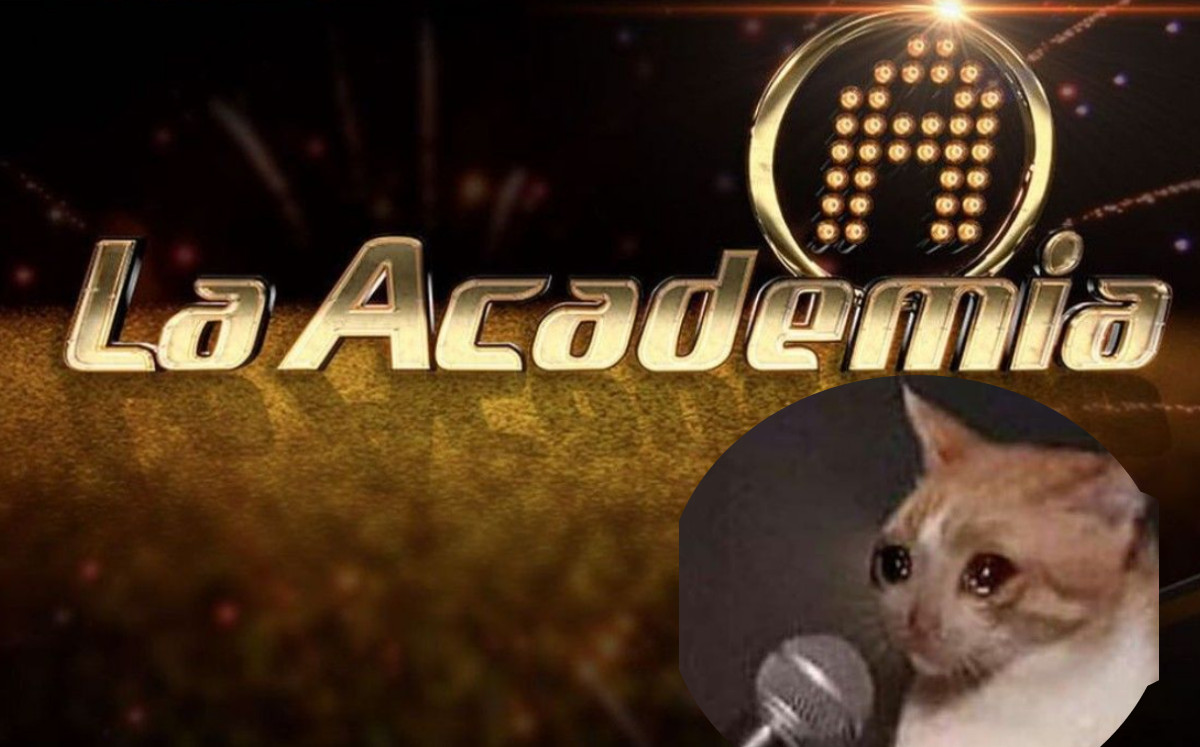 Students of ‘The Academy’ are hospitalized; this is what is known

The Academy 20 years It is controversial again, because just a few hours after Santiago suffered a health problem in the middle of the concert and the nutritionist was accused of giving them a diet that does not correspond to what they need, the alarms went off because more students presented problems. and the production decided take all participants to the hospital.

This weekend, Santiago suffered a drop in his blood pressure, so he fainted in the forum where the concert was taking place and from that moment on, Lolita Cortés assured that she did not see the students in optimal conditions, due to her On the other hand, Alexander Acha supported the judge and even requested the immediate expulsion of the nutritionist, who has also been in controversy, since alleged evidence emerged that she is usurping a profession that does not correspond to her university studies.

All students are taken to the hospital

TV Azteca issued a statement in which it explained that after the incident in Santiago, Andrés and Rubí indicated that they did not feel well, so they were checked by the paramedics of The academy and detected that signs of dehydration.

Subsequently, Nelson and Eduardo also had health problems, so they decided that all the students should go for a medical check-up and although it is still not known exactly what happens to the participants, the television station has already notified the relatives.

“A few hours ago, Andrés, Santiago and Rubí stated that they felt bad and after a review by the paramedics of La Academia, it was detected that they could have a picture of dehydration, for which they were taken to the hospital for medical evaluation. As Nelson and Eduardo have also shown signs of tiredness and stress, they made the decision to take all students for a medical evaluation”, he says in part of the television statement. 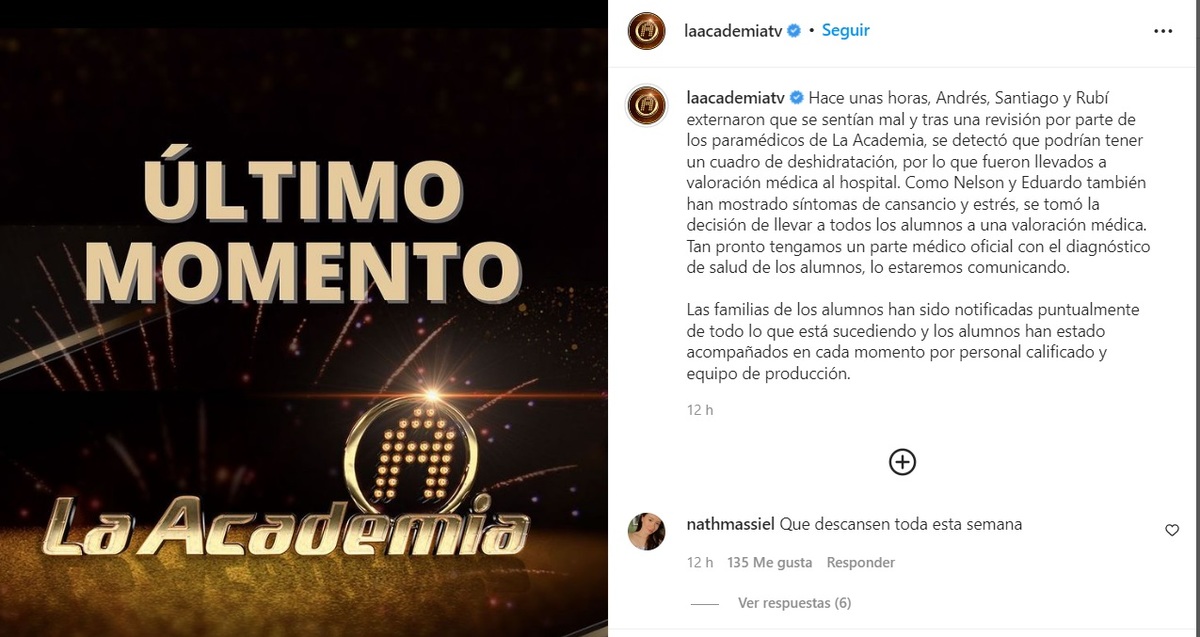 They stopped the live broadcast

The television station did not give details of what happened, but apparently it could be something serious, since the live broadcast that takes place 24 hours a day on YouTube was paused from one moment to another, so those who were waiting to see the rehearsals live immediately began to make speculations in the chat.

“Isabela is not sick, it is the meal of three pesos with worms that they give them”, “That this Sunday the ex-students supply while they get better”, “Pure glass child, including the director”, “Already tell the truth, that there is a massive covid outbreak for returning students who were already out”, “For me it is a stomach infection, you see that there were even worms in the food”, “Poor boys, I hope they say what they really have” and “The nutritionist that lowered their defenses with their intermittent diets”, are some of the comments that are read. 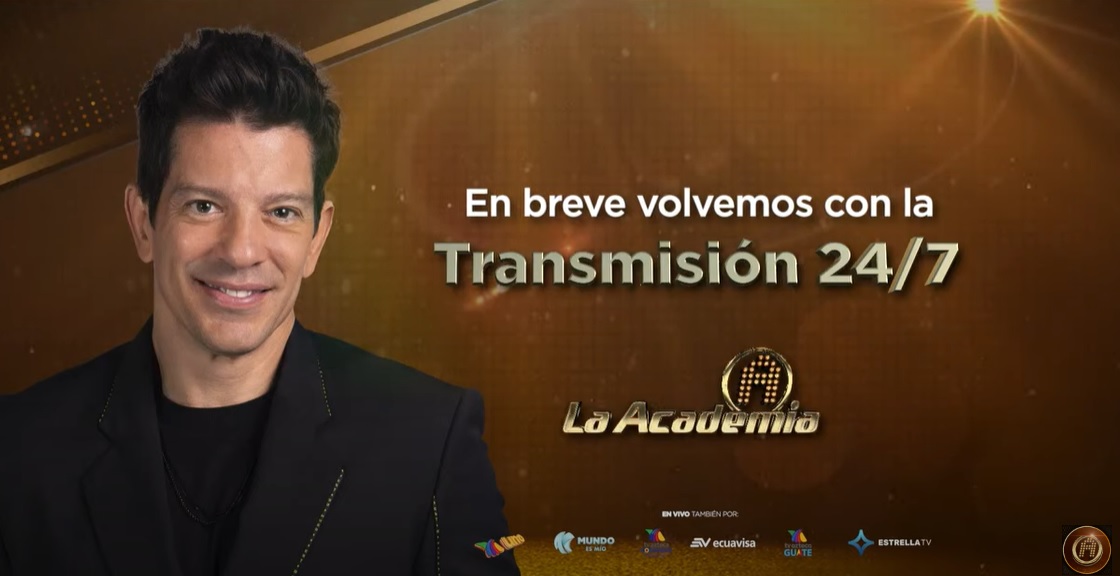 See also  VIDEO: They report the death of a lady in the parking lot of the Hospital MQ of the ISSS before she received medical attention