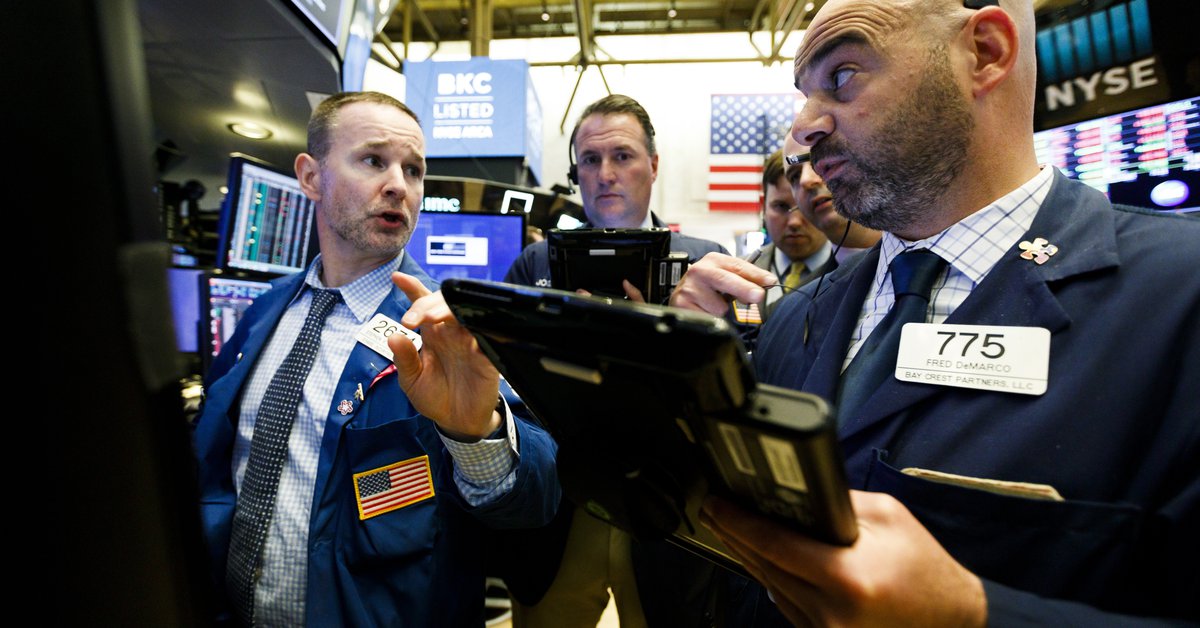 Shares in the United States and Europe fell sharply on Monday, with indicators linked to the economy and travel impacted after a rise in global COVID-19 cases, what gender new fears of a slowdown in economic growth.

At the close of Wall Street, and after a consecutive series of positive records in recent weeks, the Dow Jones, the main industrial index, fell 2.09%, while the selective S&P 500 fell 1.59% and the technological Nasdaq it fell 1.06%.

In Europe, the falls were slightly more pronounced. The Paris stock market lost 2.54%, the German DAX index fell 2.62% and the British FTSE lost 2.34%.

Asian markets also closed their session on Monday with losses due to high inflation, rising oil prices and the spread of the Delta variant of the coronavirus. “Fears for future (economic) growth with the advance of the Delta variant is certainly a cause for concern”Acknowledged Sebastian Paris Horvitz, analyst at LBPAM.

Among the values ​​most affected by the falls were those of companies that especially benefited from the economic reopening, such as airlines or cruise companies, given the fear that the restrictions against the coronavirus will be extended again.

The energy sector was also suffering, dragged down by a sharp drop in the price of oil due to these fears and after confirming the agreement of the large producers to progressively increase the supply during the second half of the year.

In turn, the price of Texas Intermediate Oil (WTI) closed this Monday with a fall of 7.51%, to 66.42 dollars a barrel, after the agreement of the producing countries to increase the supply during the second half of the year and with the market very nervous about the advance of the delta variant of COVID-19.

For its part, the price of a barrel of Brent crude for delivery in September suffered a pronounced drop in the London futures market on Monday and closed the day at 68.62 dollars, 6.75% less than at the close of the previous session.

The increase in coronavirus cases in many countries, linked to the advance of the delta variant, weighs on the markets given the prospect that restrictions may return and economic recovery slows down. Some investors also fear that inflation in the United States will lead the monetary authorities to withdraw stimulus measures and that growth will slow down as a result.

In England, meanwhile, nearly all COVID-19 restrictions were lifted on Monday, a move criticized by many health experts but hailed by the media and their supporters as “freedom day.” “Far from providing an added dose of confidence to investors, ‘Freedom Day’ appears to be a setback”, He declared to the AFP Susannah Streeter, an analyst at Hargreaves Lansdown. “The sharp rise in Covid infection rates across the UK and concerns about a further relaxation of restrictions are likely to be behind the drop.”

“Risk aversion has remained the dominant theme until now,” said Fawad Razaqzada, an analyst at ThinkMarkets. “The sell-off has been pretty brutal for stocks, but it’s hard to say if it’s just a pullback before there are more gains at some point later or if it’s the start of something really important,” he added.

Macron, on the French who do not want to be vaccinated: “This time you are staying at home, not us”