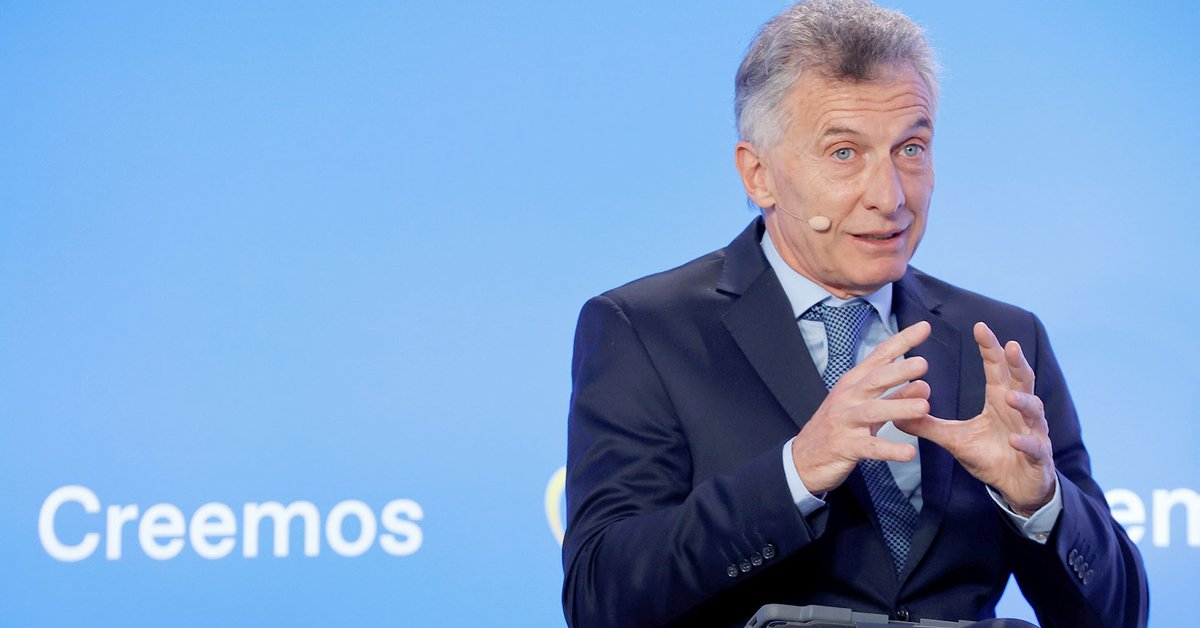 The ex-president Mauricio Macri today he delivered very strong criticisms against the national government after Argentina accumulated more than 100,000 deaths from coronavirus. From Zurich, Switzerland, where he is stranded by flight restrictions, the leader of Together for Change said: “In the end we have both, 10% more poor and 100,000 dead.”

The conclusion refers to a phrase outlined by the president Alberto Fernandez last year to defend the quarantine where he indicated that he preferred a 10% increase in poverty over 100,000 deaths.

From his Swiss offices of the FIFA Foundation, which he has directed since leaving the presidency, the former president analyzed: “We are one of the countries that handled the pandemic worst in the world; with more humility and less ideology things could have been much better managed ”. “There are 100,000 families that unfortunately lost a loved one; the feeling that I have is of pain for those lives that were lost and that could have been many less, “he added.

And he deepened: “By ideology they refused to buy vaccines from the United States that were available and there is no doubt that faster vaccines could have prevented thousands of deaths”. At this point, he made a comparison with the inoculation plan that Chile is carrying out and questioned the “ineptitude disguised as ideology“From the Argentine government:” At that speed we would have 40% fewer victims. “

The PRO leader was also very harsh against the quarantine management in a report granted to Miter radio: “The quarantine was a wonderful excuse to run over us daily and submit when they circulate freely, enter and leave the country, they are not isolated for a day”.

Macri and Rodríguez Larreta at the PRO meeting in Vicente López

On the other hand, and consulted by the opposition political group of Together for Change, he recognized that “the position of the main leaders of the space was very difficult”. “We were very attacked, they always distort the truth with data that soon contradict each other,” said Macri, who also made a special mention of the situation of Maria Eugenia Vidal, the former Buenos Aires governor who ignored her request to compete in the province of Buenos Aires and agreed with Horacio Rodríguez Larreta on a Buenos Aires candidacy. “It was something traumatic, there are people and each one has a feeling,” he said.

“The devaluation of the presidential word is absolute, today the confidence of the government is very low, that leads us to a very serious economic crisis. They believe that the exercise of power is to subdue the other, run over, subjugate freedoms, that is why this election is the most important since the return of democracy, in the face of a government that overwhelms the freedoms and lives of citizens, “he said. the former head of state.

In another passage of the report, Macri assured that the Bolivian government’s complaint for the alleged shipment of weapons at the end of 2019 by the Cambiemos administration is a “political operation”.

“There was a social outbreak in Bolivia after elections where there was strong questioning of Evo Morales for alleged fraud. A group from the Gendarmerie went to protect the embassy, ​​the Argentines who were there, journalists, Evo officials who had requested asylum. They stayed with us for a month, but then the Scorpions spent seven or eight more months there, ”he defended himself.

The former president’s version is that the supplies that are the object of the complaint were part of the weapons that the gendarmes had transferred to protect the embassy in La Paz. The operation was organized in November 2019. On December 10, Cambiemos ceded power to the Frente de Todos and from that moment the political leadership of the gendarmes – who continued in Bolivia – was under the orbit of Sabina Fréderic.

Macri also questioned whether the government has decided to make available to three gendarmes who were affected by the transfer of these supplies. “What fault are the gendarmes? Once again they ruin the lives of three families to justify this operation and the gendarmes are a very important part in the fight against drug trafficking, we do not need this mistreatment of the security forces”He asked.

With Stolbizer and without Espert in the province of Buenos Aires, Together for Change formalized its voting fronts in the main districts
With Córdoba and Santa Fe in the center of the scene, the internship of Juntos por el Cambio is tense for the candidates to the Senate