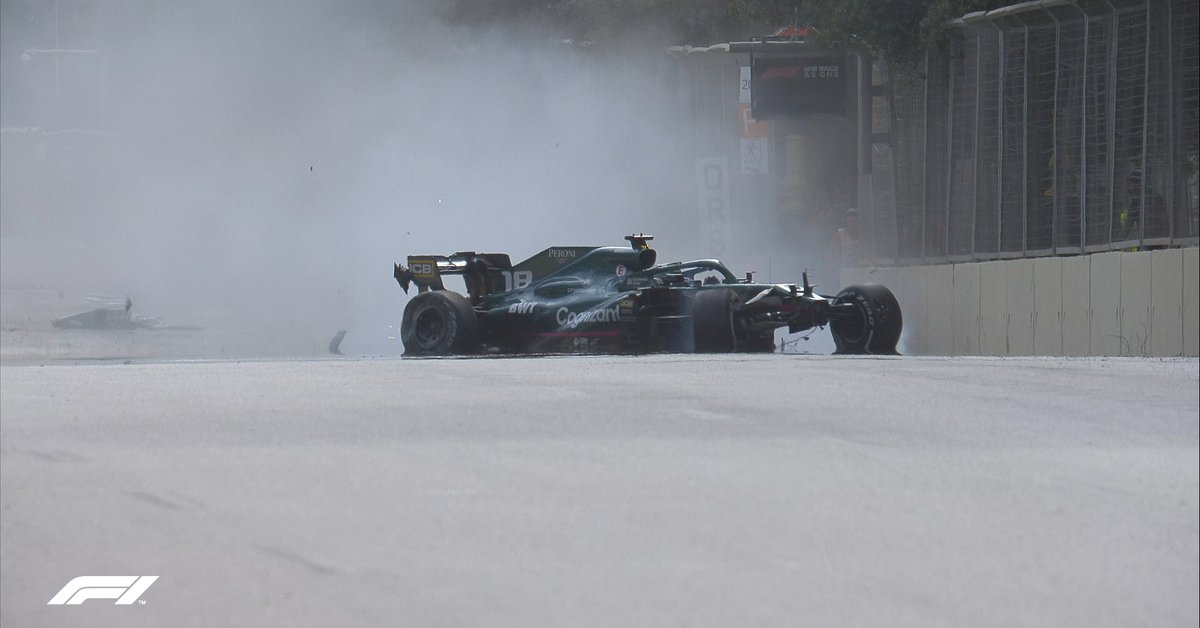 The Lance Stroll accident in Baku.

It was on lap 31 of the Azerbaijan Grand Prix that the Aston Martin from Lance Stroll hit against the wall and the incident paralyzed the hearts of the atmosphere of the Formula 1. In a straight line of the street scene of Baku, the Canadian suffered the left rear rubber tear, lost control of his car and ended up crashing into the concrete defenses.

Fortunately, there was no other car nearby at the exact moment of the crash, since that prevented more involved. Stroll got scared and On the radio he asked to be removed from the scene immediately. Is that being an urban circuit, there are no escape routes like on a closed racetrack Y Lance he wanted to prevent another pilot from ramming him.

Lance was able to get out on his own and beyond the scare he suffered no physical consequences. Upon reaching the pits he was greeted by his father Lawrence Stroll, the owner of the team.

The Canadian started with hard tires and until the moment of his accident he had not stopped. The team’s strategy was to see how long it could continue with that type of rubber. They went wrong as Stroll defected from the crash and his car was badly damaged.

The race had to be neutralized to remove Stroll’s car and clear the track of the car debris.

Stroll’s tire breakage was striking and when it was thought that it was an isolated event, in the absence of five laps from the end Max Verstappen (Red Bull) suffered the same mishap. His left rear tire broke and he ended up against the wall. Although the Dutchman was furious because he lost the race and at that time also the top of the championship, but he did not imagine what happened next …

The defection of the Dutchman allowed his teammate, Sergio perez, to stay at the top of the competition, which was neutralized again, although in this case with a red flag. All the cars entered the pits and once the track was cleared they came out again.

The race started again with a stopped game with Czech Pérez and Lewis Hamilton (Mercedes) in the front row. Before the five red lights went out, smoke began to come out of the brakes of Lewis’s car, which overheated. The competition started, Hamilton overtook Pérez, but due to his brake problems, he passed the first corner and finished last.

In the final two laps, Pérez was able to stay ahead and capitalized on his first victory with Red Bull, his second at the Máxima. The Mexican was left with a chaotic Grand Prix with accidents and mistakes that marked the race. Among the crashes, the one suffered by Lance Stroll who got a great scare and the broken irons of his car that will be repaired for the next date, June 20 in France.