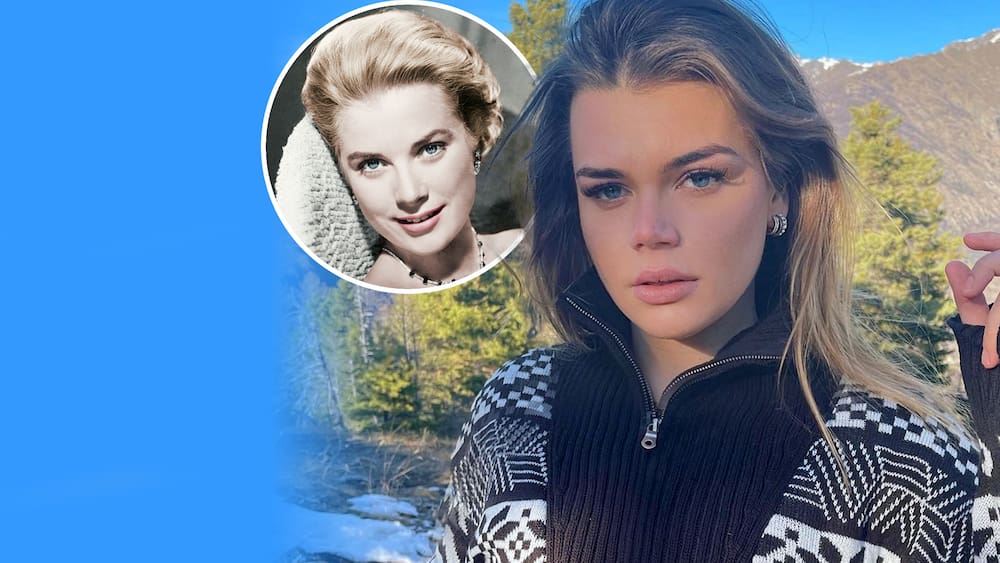 The apple doesn’t fall far from the tree: Camille Gottlieb (23), the youngest daughter of Stéphanie von Monaco (56), is currently making headlines with her resemblance to her famous grandmother Grace Kelly (1929–1982). The latest pictures from her skiing holiday in France show Gottlieb, whose father is Stéphanie’s former bodyguard Jean-Raymond Gottlieb (54), in front of a wintry backdrop. The hair falls voluminously on her shoulders, the blue eyes are directed straight into the camera.

It is noticeable that Camille is cut out of the face of the future Princess Gracia Patricia. “You really look like Grace Kelly” or “It’s amazing how much you look like your grandma Grace!” Are just a few of the numerous comments from her more than 83,000 followers on Instagram.

Comparisons that Gottlieb, whose third name is Kelly, will definitely be happy. Her grandmother, who became world famous in the 1950s with leading roles in several Hitchcock films, is one of the greatest movie stars of all time and is still considered a style icon to this day.

When it comes to fashion, the young Monegasque is inspired by another royal fashion icon: Duchess Catherine (40). Camille is an avowed fan of Prince William’s wife (39) and likes to dress similarly to her role model, especially on official occasions.

On social media, Camille is probably the most active royal of them all. She lets her followers take part in a vacation in Dubai, a dinner in Monte Carlo or a short trip to Nice. There is only one subject that she leaves her fans outside the box: her love life.

Although Prince Albert’s niece (63) has long been rumored to have a relationship with Médy Anthony (25), the owner of the MK Club in Monaco, she keeps a low profile – in contrast to Anthony. He posts couple pictures of himself and Camille. He commented on a recording of the two at the premiere of the new Bond film: “The only one I need by my side.”

But despite the public displays of affection, Camille Gottlieb has not yet officially confirmed their relationship, but prefers to let her pictures speak for themselves. True to the motto of her famous grandmother: “Don’t be like everyone else, darling.”