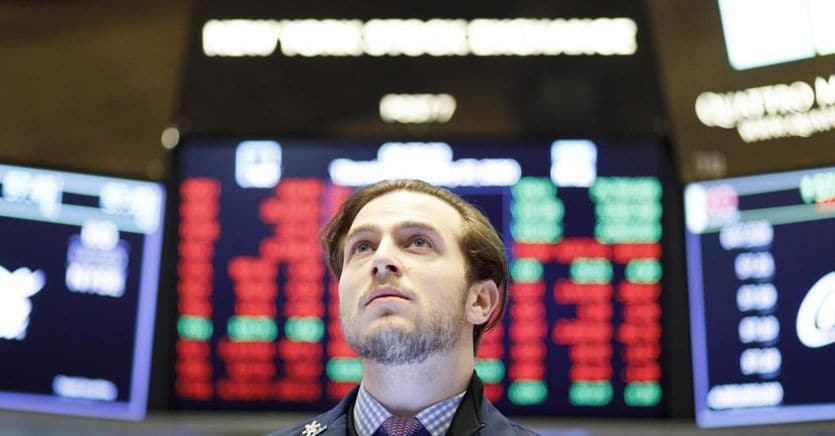 (Il Sole 24 Ore Radiocor) – The race ofinflation, which in Europe in May updated the all-time highs, returns to suggest caution to investors, who lighten their positions on European equities after the increases of the last week that had brought them to the highs of a month. Investors at this point are wondering if the ECB will have to be more aggressive than expected to counter the price rush. The tensions are also fueled by the new rise in the price of Petroleum after the agreement between continental leaders to stop 90% of imports from Russia this year, with prices heading towards the sixth consecutive monthly rise.

The sales also hit government bonds, with the consequent rise in yields on all the main maturities: the BTp-Bund spread thus returned to 200 basis points while the Italian ten-year yield rose over 3%. At Piazza Affari, closing down for the FTSE MIB index. In the rest of the Old Continent, braking sessions also take place in Frankfurt (DAX 30), Paris (CAC 40) and Madrid (IBEX 35). Unilever’s leap and commodity stocks support London (FT-SE 100) and Amsterdam (AEX).

Indices are also down on Wall Street, after the strong gains of last week (yesterday the markets were closed for Memorial Day). Investors’ focus remains oninflation: the president of the United States, Joe Bidenwill have a meeting with the chairman of the Federal Reserve, Jerome Powell. A rather unusual fact, but which can be explained by concerns about the worst inflation in 40 years, which is affecting the economic recovery and risks weighing on next November’s mid-term elections. The secretary to the Treasury will also be present at the meeting, Janet Yellen. During this week, the focus will be on a series of quarterly reports, starting with those of Salesforce.com, Hewlett Packard Enterprise and Chewy, and on some macroeconomic data, starting with the May employment report, which will be released on Friday, by solid growth is still expected.

European inflation gallops in May: + 8.1%

In May, the annual inflation rate in the euro area jumped to 8.1% after 7.4% in April, above analysts’ forecasts. This is Eurostat’s flash estimate: the record ever recorded on the basis of the historical series starting from January 1997. Energy is expected to have the strongest rate of increase, 39.2% after 37.5% in April. Followed by food, alcohol and tobacco + 7.5% after 6.3%; non-energy industrial goods + 4.2% after 3.8%; services + 3.5% after + 3.3%. Excluding energy, the inflation rate is 4.6%; also excluding unprocessed food items at 4.4%; excluding energy, food, alcohol and tobacco 3.8%.

Tim runs in Milan, Eni and Bper do well. Down Ferrari

Among the Milanese stocks with the highest capitalization, purchases reward Telecom Italia while the market studies the valuations of the assets that will flow into the single network. In the oil sector Eni stands out in the wake of the rises in crude oil after the agreement between European leaders for the (partial) stop to imports of Russian oil. Banca Pop Er is also on the rise, which now sees integration with Bca Carige and Terna’s utilities approaching. On the other hand, Exor, Nexi and Ferrari were weak.