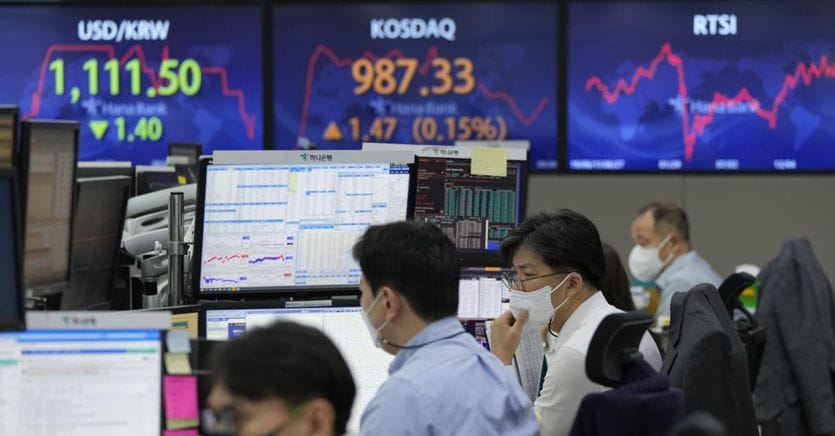 While Piazza Affari seems to have put behind the “cursed threshold” of 25,500 points (which had not exceeded for 13 years), however, on the global investors side, it is not possible to sleep peacefully. Volatility – summarized by the performance of the Vix index – has returned to pre-Covid levels (16 points), but this does not mean that there is no lack of risks. In the next two weeks, in particular, investors will need to focus on four powerful market movers that could impact, for better or worse, current market sentiment.

It starts on Thursday 10 June with the Governing Council of the European Central Bank. As usual, it will update its monetary policy stance. No one expects changes to current interest rates (-0.5% on deposits parked by banks at the ECB, 0 on main overnight refinancing for banks). The most interesting notes could come on the front of the Pepp (Pandemic emergency purchase program), that “quantitative easing” plan modified due to the pandemic that allows the ECB to buy more BTp than Bund (despite Germany having an ECB quotation higher than the Italy, the so-called capital key) if necessary.

What will the ECB do? Will it continue with the current pace of purchases (roughly € 80 billion per month) or will it reshape the plan? Set new deadlines? Important questions that investors constantly ask themselves also because if the support were to fail it would not be easy to continue to support the current prices on which Eurozone government bonds travel. At the same time, a change in the Pepp could also have repercussions on the European stock market which at this moment seems to have the wind in its sails, especially compared to Wall Street that is struggling.

The US Stock Exchange will focus, again on June 10, on the second most important market mover of what remains of June: the inflation data for May in the United States. Inflation is the real Achilles heel of investors. In this historical phase more than ever. Since it is erecting its antennas a little everywhere, especially in the States. The monetary policies of the central banks will depend on inflation, the same ones that in recent years have directly created a bubble on the bond market (in fact they buy bonds to inject new liquidity) and indirectly on the stock market (due to the Tina effect, There is no alternatives, for operators who are called upon to extract income on the financial markets).

And we are at the 16th of June. Third powerful market mover of June. This time it’s up to the Federal Reserve. What news will come after the board of directors? Will the tapering, or the reduction of stimuli (which in those parts proceed at the rate of 80 billion dollars a month and have brought the Fed’s balance sheet to a record in the area of ​​8 trillion billion) be announced? Postponed? Or feared anyway? Again, investors will be tuned into the Fed’s intentions.