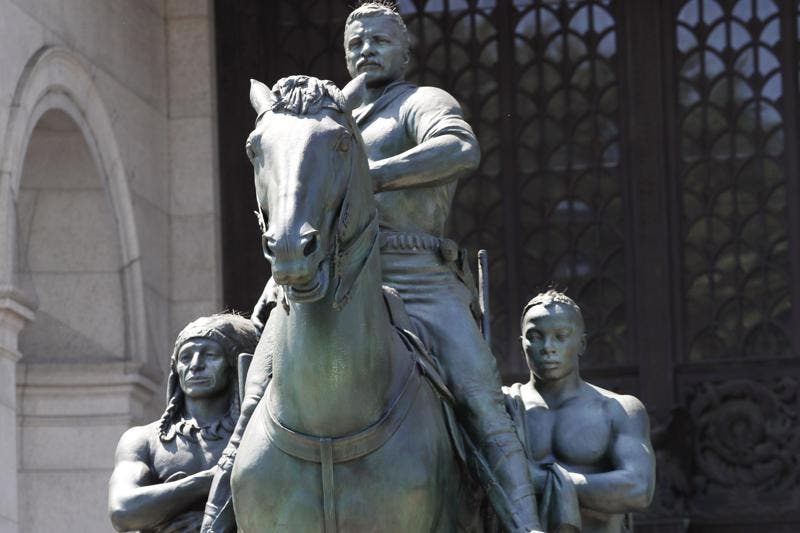 New York.- The gigantic bronze statue of former US President Theodore Roosevelt that since 1940 has welcomed the public who visit the Museum of Natural History in New York will be removed and sent to another cultural institution, after intense criticism that they consider that the monument glorifies the racism and colonialism.

In the imposing statue, commissioned in 1925 from the artist James Earle Fraser, Roosevelt is on a horse flanked by a black man and a Native American and protests escalated after intense demonstrations over the death of African-American George Floyd at the hands of a white policeman in Minneapolis.

This Monday, the city’s Public Design Commission voted unanimously in favor of relocating the statue, so it will be sent to an institution dedicated to the life and legacy of Roosevelt, who wrote on natural history, according to The New York Times. .

The institution to which the controversial statue of Roosevelt, who presided over the country between 1901 and 1909, will be donated has yet to be chosen.

Objections to the statue led in June 2020, amid protests over Floyd’s death, the museum proposing to remove it, which was supported by the city, owner of the building and property.

“The time has simply come to move it,” said then the president of the institution, Ellen Futter.

Finally, that moment will come after the vote on Monday and, according to the report of the

Commission, the image of Roosevelt on his horse “visibly expresses dominance and superiority over the figures of the native and the African.”

Commission that although the statue “It was not erected with malicious intent”, its composition “supports the thematic structure of colonization and racism,” the Times also notes.
In 2017 Mayor Bill de Blasio, who supports the decision to remove the statue, created a commission to study various controversial monuments across the city.