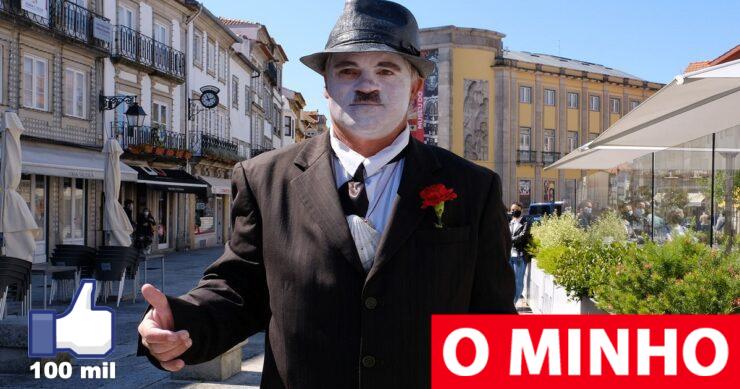 He liked to see clowns and, on his own initiative, started in art at the age of 15. He traveled the world and, for two years now, has been a statue-man every day at Praça da República, in the heart of Viana do Castelo. Filipe Nascimento, 53 years old, will stay in the capital of Alto Minho in the summer and, later, expects to go back to the countries where he worked at the beginning of his career.

“I run the world. Now I stopped here two years ago”, says the statue-man, born in Armamar, district of Viseu, and residing in Vila Praia de Âncora, municipality of Caminha. “This summer I’m going to stay here, then we’ll see you soon”, he adds, giving an account of the “idea of ​​traveling the countries that [fez] when I was younger”. European countries, but also Morocco, which enchanted him when he went there.

He started in street arts at the age of 15. He liked clowns and that’s where it started. Then he went on to play Charlie Chaplin and statue man. With no circus connections, he was self-taught. “I learned by myself”. At the age of 18 he launched himself into the world: “Spain, France, Italy, Switzerland, Germany, it was where I traveled the most”. 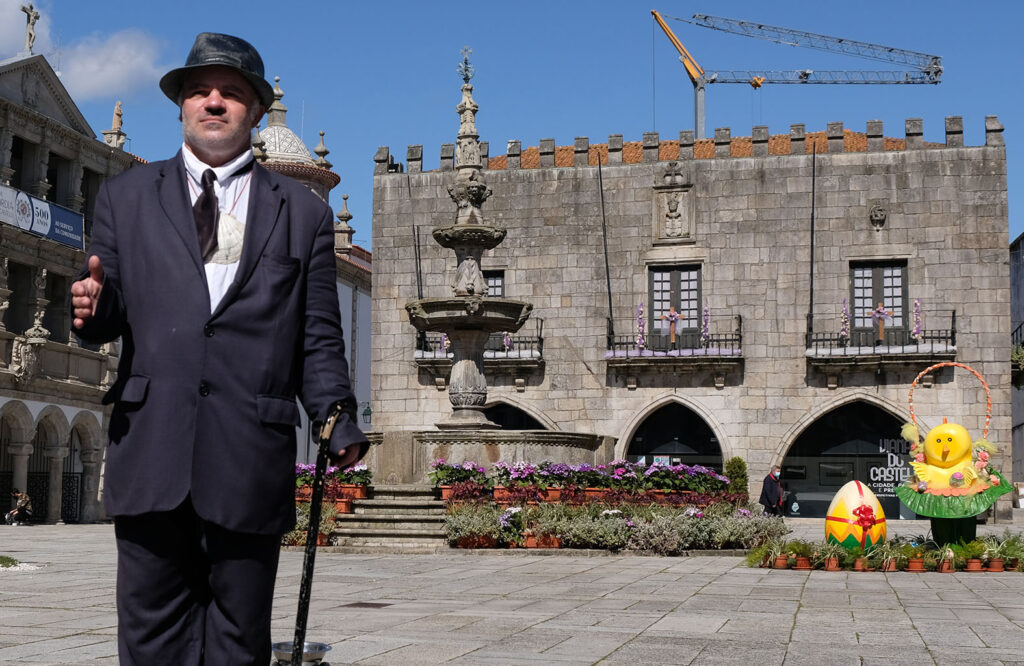 “Traveling the world is good, a person gains culture, makes good friends, gets to know other countries and people. It is very good”, he emphasizes.

“They wanted to rob me and I defended myself”

On the streets of this outside world, he found everything. Of the good and the bad. “You deal with a lot of people, there is everything, good people, bad people, sometimes they mess with me”, says Filipe Nascimento, remembering that, “more than once”, he has already broken “a cane on the back of a”. “They messed with me, they wanted to rob me and I defended myself”, he justifies.

However, the biggest scare happened even in Viana do Castelo, on September 21 of last year, when a car driven by an 85-year-old woman ran out of control through Praça da República, where she was working.

At the time, he told O MINHO: “I wasn’t caught by luck. It was right next to me. If I didn’t swerve, I would stay under the car.” Today he recalls that “it was a huge scare” as “I had never had in my life”.

The scare earned him, however, going viral on social media, through a report by the CMTV who interviewed him. Faced with the unusual, the video ended up being shared often.

The people of Alto Minho “are very humble and friendly”

Filipe Nascimento is in Viana do Castelo from Monday to Friday, on Saturday he goes to the Cerveira fair and on Sundays to Ponte de Lima or stays in Vila Praia de Âncora. From Alto Minho he has a “very good” impression: “I really like this. He likes people, they are very humble and friendly”. 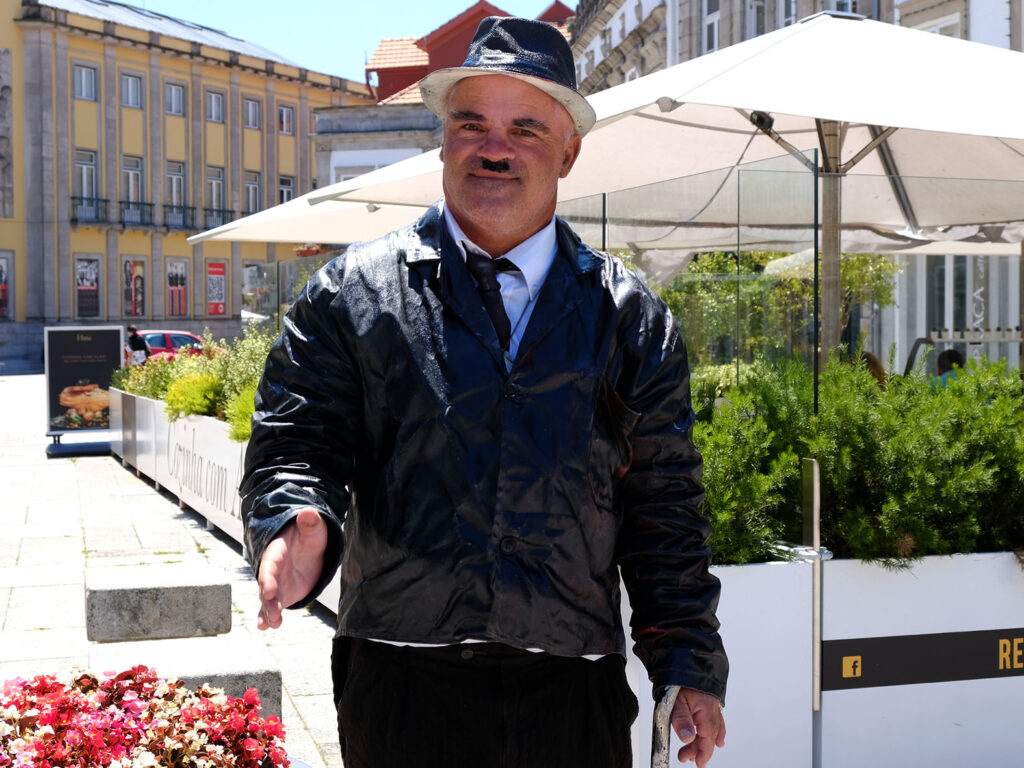 He is either a statue-man, dressed in silver, Charlie Chaplin or Zorro, or a clown, offering balloons to children. As a statue-man, at first he “didn’t move”, but then he started to move when he was left with a coin, “because people think it’s more funny, they get scared”.

With the pandemic, it has been two and a half years since he made balloons for children: “I already miss you”. Will do it again next Wednesday, World Children’s Day. And he invites all parents and schools who want to take their children to Praça da República. 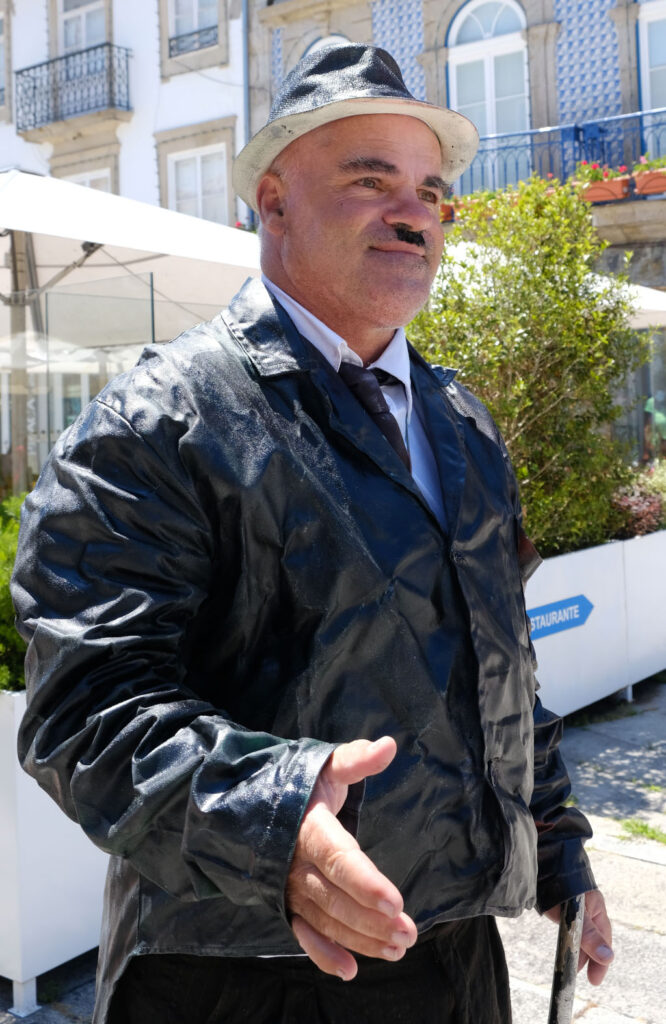 Now, without restrictions because of covid-19, he hopes for a good summer. “We are going to take this forward, I think it will be better”, anticipates Filipe Nascimento, thanking “the people, the mayor, everyone who [o] has supported”.

And gratitude goes, as an invitation, beyond the local people: “People from outside are welcome to Viana do Castelo. In Alto Minho we have very beautiful places”.