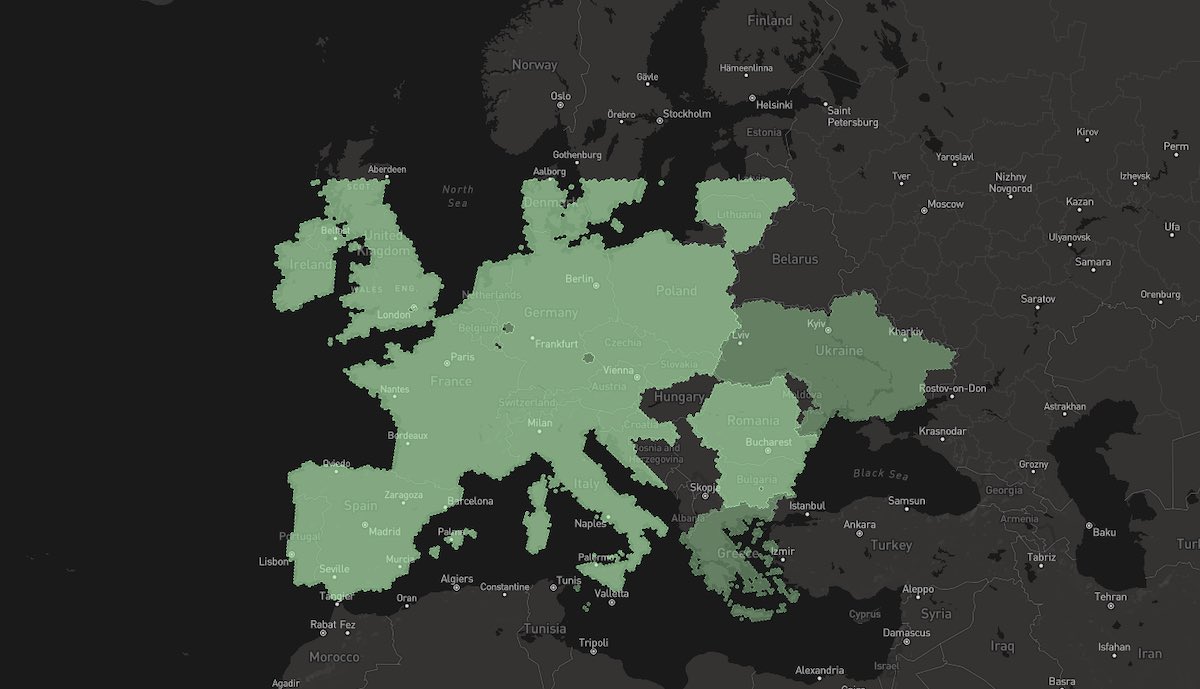 In Ukraine, the Starlink service for internet via satellite set up by SpaceX provides important help: Shortly after the start of the Russian attacks, SpaceX and Tesla boss Elon Musk had the first terminals for this brought to the country together with Powerwall batteries, where they were used by the military how civilian population can be used. There are said to be more than 10,000 Starlink kits in Ukraine by now. There, SpaceX has also released use at any location instead of just around a fixed address, as is the case with regular customers. And this extension of the Starlink service is now offered to everyone for a fee.

This is the support information on the Starlink website, which recently mentions and explains a “portability feature”. For an extra 25 euros a month in Europe, you can add them to the Internet service, which costs 99 euros a month. Recently, Starlink also introduced a business variant with a larger receiver and more bandwidth for $499 per month in the US. In Germany, it was shown as not yet available in samples with several addresses this week.

On the other hand, the option to add portability was already visible on the German Starlink website, with the specific price obviously only if you have an account there. Normally, each customer has to specify a fixed service address for the service at which it is to be used. Anyone who moves will continue to receive the service if it is available at the new address. However, Starlink points out that it may not be possible to return afterwards because new customers have taken the place of the old location. After all, much like Tesla, the company has far more demand than it can service in the short term.

Nevertheless, existing customers are now also getting the paid take-away option, which, depending on the circumstances, should make satellite Internet even more attractive. So far, it has mainly been worthwhile for users who otherwise cannot get fast Internet for their homes or offices via telephone, TV cable or mobile communications. For everyone else, however, Starlink is relatively expensive with at least 99 euros per month in Europe. But if for a relatively small premium it becomes possible to use it on an entire continent (the map above shows the current European coverage), this calculus could change significantly.

According to tests, even mobile use of Starlink is possible. Hawaiian Airlines, the first major airline, recently announced that its passengers will be able to use satellite internet from this year, and SpaceX itself applied for the installation of Starlink technology in vehicles and aircraft a year ago. However, this is not intended for Tesla’s electric cars because they are far too bulky, commented CEO Musk at the time,