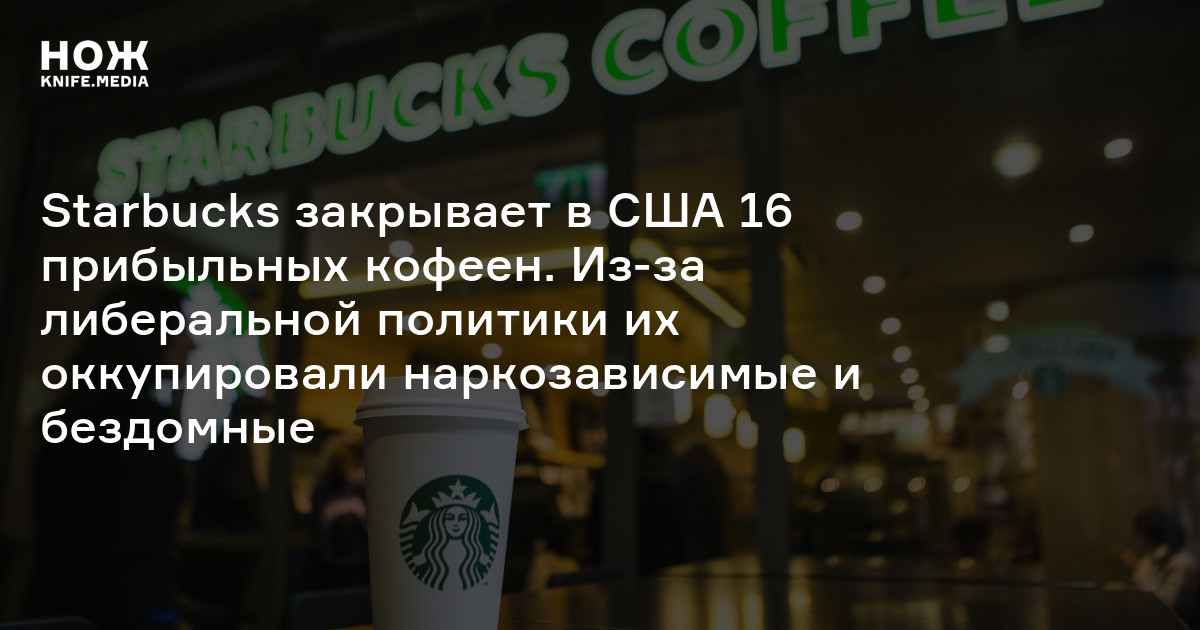 Starbucks is closing 16 profitable coffee shops in the US. Because of liberal politics, they were occupied by drug addicts and the homeless

Starbucks CEO Howard Schultz said the company has to close 16 profitable coffee shops in major cities where Democrats are in power. He accused them of unwillingness to take responsibility in the fight against drug addiction, homelessness and mental illness, writes the New York Post.

In 2018, Starbucks got into a scandal – the manager tried to kick out two black men from the coffee shop who were waiting for a business partner and did not order anything. As a result, they were taken out of the institution in handcuffs.

After the incident, the company introduced an open door policy – they decided to let everyone into the toilets of coffee shops.

The marginals took advantage of this. Toilets in some coffee shops have become a center of attraction for drug addicts, the homeless and people with mental disabilities.

The problem affected establishments in Seattle, Los Angeles, Washington, Philadelphia and Portland. Coffee shop employees complain about drug use and violent crime on the premises.