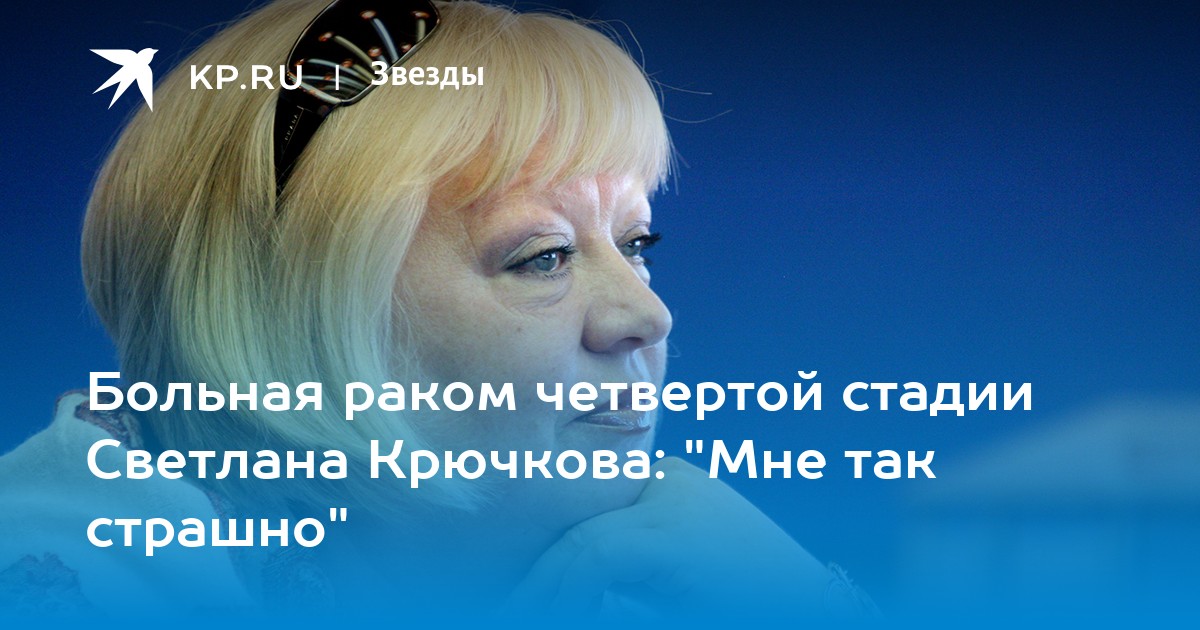 Svetlana Kryuchkova has been fighting cancer for six years now.

Actress Svetlana Kryuchkova has been fighting cancer for six years. The celebrity is now alone. The artist’s sons have been living their own lives for a long time. The eldest heir to the star of the movie “Big Change” has settled in France, and the youngest is going to marry the chosen one, whom he has known for 26 years.

Svetlana Kryuchkova lately longs for his sons… The actress was married three times. From her second husband – cameraman Yuri Veksler, who shot the films “Seven Brides of Corporal Zbruev”, “Winter Cherry”, “The Adventures of Sherlock Holmes and Doctor Watson”, in 1981 she gave birth to a son, Dmitry. In a marriage with the decorator Alexander Molodtsov in 1990, a son, Alexander, was born. He bears the name of his mother.

Sons of Svetlana Kryuchkova from different husbands. Photo: still from the program “Hello Andrey!” on the channel “Russia 1”

Now the heirs of Kryuchkova are far from her. They have grown up a long time ago. Everyone has their own life. According to Svetlana Nikolaevna, it is sad for her to realize the fact that there are no those she loves next to her. The celebrity does not hide that she is afraid of loneliness and she is afraid of becoming useless to anyone. “I’m so scared. I feel like I’m alone. I didn’t manage to reach the hour of death alone with my husband“, – the artist shared her secrets on the air of the program” Hello, Andrey! “on the channel” Russia 1 “.

Kryuchkova’s company is only her beloved cat. It was the pet in 2015 that made the star turn to doctors and undergo an examination, as a result of which she was diagnosed with cancer. “There were severe pains, I went to the doctors. They checked, but they said that there was nothing wrong. And then the cat began to climb into my sore spot. Caressing me, he always lay down on the same place, was nervous. asked the doctors to find the reason, and they found – a fourth stage tumor measuring 15 centimeters… Moreover, they did not find it right away, at first the tests showed that everything was in order. Only after a barbaric biopsy without anesthesia was the diagnosis made, the fourth stage, “Svetlana Nikolaevna noted.

The artist also reported that when a tumor was found in her, she first rewrote her will, and then chose a dress for burial. “The first thing I decided to do was to rewrite the will. After death, some relatives often appear, the carve-up begins. I have no diamonds from fans, I earned everything myself and wanted the children to get it,” Kryuchkova emphasized.

The actress understood that in her situation one could only hope for a miracle. “Nothing depends on you personally. I even wrote a letter in which I described in detail how my loved ones should behave in the event of my death. I forbade the children to cry, and together with my masseuse I chose a dress for the last journey “, – summed up Svetlana Nikolaevna.