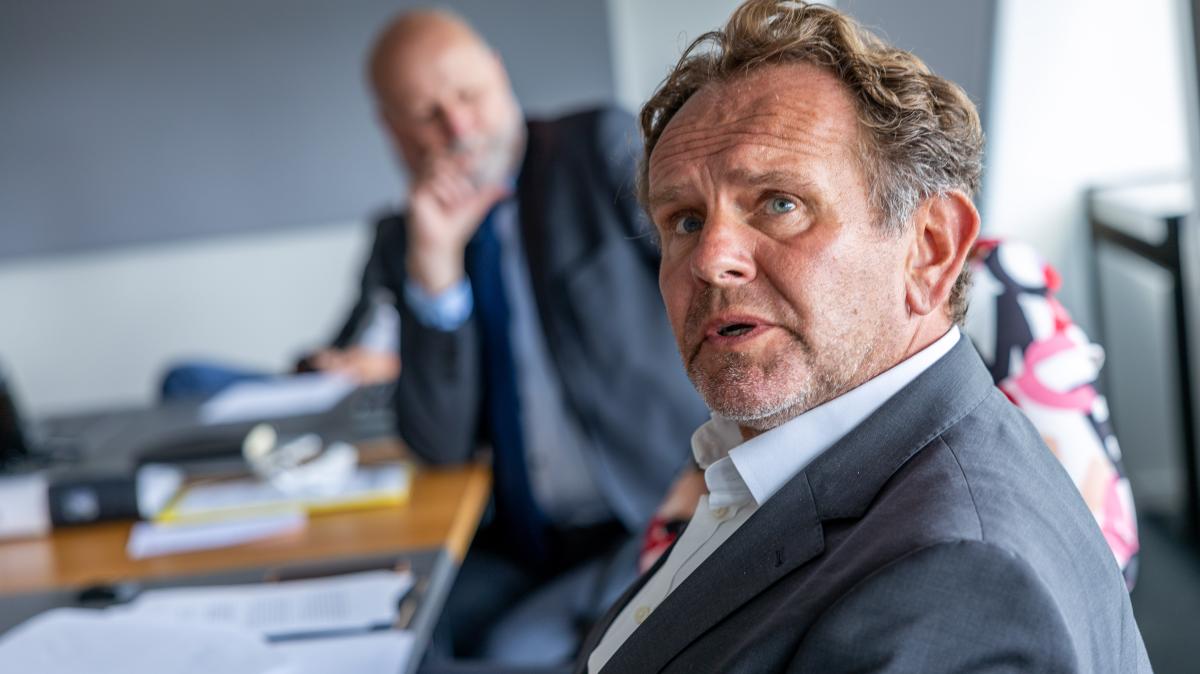 Cuts in bus traffic, in pool operations and perhaps also in staff and salaries – it was heavy fare, which the board and supervisory board chairmen had to announce to the press on Wednesday shortly before the general meeting of Stadtwerke Osnabrück (SWO). The historic minus from 2021 of 16.9 million euros forces painful action.

The times when the city ordered and the municipal utility delivered are irrevocably over. The two SWO board members Stefan Grützmacher and Stephan Rolfes made this clear in the presence of the SWO supervisory board chairperson, Mayor Katharina Pötter. There can be no “business as usual”, said Grützmacher when presenting the depressing annual results for 2021.

The municipal utilities would no longer be able to counter-finance the deficit areas of mobility and pools with this high quality of offer and service on their own. In other words: in the future, politicians will have to decide which offer they want to make available to the citizens and then have to finance this decision with budgetary funds.

Video: What does the rethinking at Stadtwerke mean for customers and employees?

Grützmacher believes it is almost impossible that the SWO will one day be in the black again without subsidies from the city. In the past, the structurally deficit areas of expenditure could be compensated with own funds, this will no longer be possible in the future.

So far, the municipal utilities have been able to absorb the structural deficits with the income from the energy business. With the tremors on the energy market, which Grützmacher does not yet see over with, referring to the uncertain future of Nord Stream I, this possibility is gone. At the same time, Grützmacher admits that “especially in energy trading, we haven’t always made the right decisions.”

The municipal utilities have grown more and more in recent years and have opened up more and more fields of activity. The bottom line, however, was that the growth was not healthy because the equity ratio could not keep up and at the same time individual areas increasingly led a life of their own. Overall, controlling at the SWOs was insufficient, especially in the energy sector.

As an example, Grützmacher named the marketing of green electricity, which the company will now say goodbye to. The SWO bought electricity from the operators of 40 wind farms and sold it on to end customers. The whole thing, however, according to a system that seems strange: First the electricity was sold and then a few months later it was bought by the wind power operators at the price then applicable, which, after the electricity price explosion last year, meant that the municipal utilities had to sell electricity below the purchase price.

This applies, for example, to the Lünen coal-fired power station. The municipal utilities have to contractually purchase and market 38 megawatts per year. So far, this has been done in-house and ended in heavy losses last year. Grützmacher wants to hand over management to Trianel GmbH. This has been initiated, the city council has already approved a corresponding guarantee in its meeting on Tuesday.

Stefan Grützmacher, Chairman of the Board of Directors of the Osnabrück Municipal Utilities.
Photo: Benjamin Beutler

In an interview with our editors, Grützmacher pointed out that, based on his experience from other cities, Osnabrück has exceptionally good local transport, which would be appropriate for a large city with at least 500,000 inhabitants. If the city wants to keep public transport at this level, it has to provide the money for it from its own budget. In any case, the public utilities no longer see themselves in a position to finance this lavish offer.

“Now politicians have to react and say what they want.”

Board of Directors Stadtwerke Osnabrück

Grützmacher, who was called in to renovate, also found one or the other adjustment screw that could be turned at the pools and the go-kart track. When it comes to prices, there are “vague considerations,” said Grützmacher in an interview with our editors. There is also a question mark for him as to whether the operation of the go-kart track should continue to run under the aegis of the baths. Others might be able to do that better, he thinks.

Praise for the bathroom concept

Overall, however, Grützmacher finds the Osnabrück pool concept very good. In Münster, for example, people look “enviously” at the neighboring city. The housing association WIO, on the other hand, sees Grützmacher still under the umbrella of SWO. The money has to come from the city. However, the municipal utilities could manage the management better than the core administration.

Will the Nettedrom go-kart track be managed by an external provider in the near future?
Photo: David Ebener

Are employees asked for a solidarity contribution?

But what does the restructuring process mean for employees? Grützmacher did not want to make any specific statements about a possible reduction in staff or salary. If everything has been checked and calculated at the end of the year “and then a schnapps is still missing” in order to make ends meet in the black, it could be that the employees would be asked for a solidarity contribution – possibly analogous to the clinic, where the employees a few years ago, also waived part of their salary due to massive financial difficulties. Grützmacher did not want to talk about layoffs. However, he thinks it is possible that if an employee retires due to age, the position will not be filled again.

Too many staff are concerned with future issues and future projects, such as the pyrolysis project on Fürstenauer Weg, which has since been scrapped. When concentrating on future topics, the present was “overlooked”. In addition, some topics were dealt with in different places at the same time. That should now be part of history. Grützmacher wants to throw projects overboard and focus on the essentials.