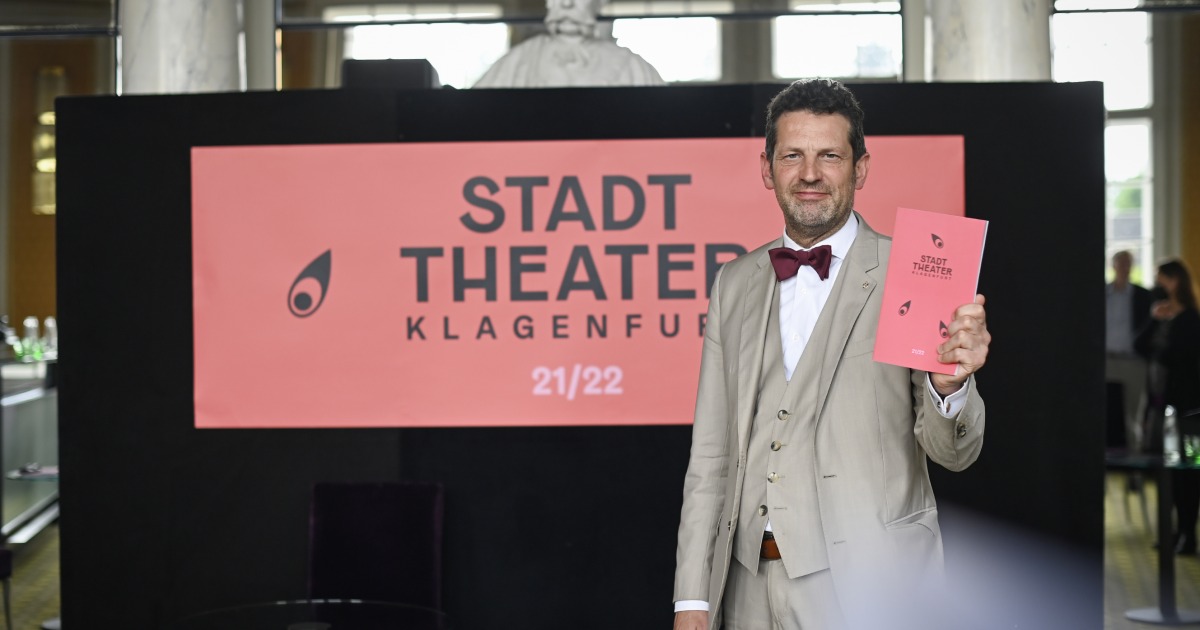 The corona pandemic, with all its restrictions and uncertainties, hit cultural institutions particularly hard – a circumstance that the Klagenfurt City Theater also knows a thing or two about. After frustrating months of lockdown, which drained both the (financial) strength of the staff and the house, it was finally possible to play in front of an audience again on May 20, 2021. And the starved art lovers thanked the venue with sold out performances of the pieces “Il barbiere di Siviglia” and “The bird dealer”.

Entertainment in the best sense of the word

Against the background of these positive developments, Artistic Director Aron Stiehl is highly motivated into the first season he has programmed, the highlights of which he presented together with Chief Conductor Nicholas Milton, Drama Director Hans Mrak and Commercial Director Matthias Walter. In doing so, Stiehl also explained his philosophical approach to theater as well as the functions that it has to fulfill in his eyes. For him, the theater has to entertain the audience in the best sense of the word with fascinating stories that touch them emotionally. In addition, the theater lives to a large extent from the magic that develops the interaction between artists and viewers, which is why a streamed event is not an adequate substitute for a visit to the theater. In addition, the theater encourages sustainable reflection on topics that we encounter in the news every day or that touch and affect us personally.

Food for thought on current debates

Consequently, many of the upcoming productions are characterized by a reference to current (social) political issues: Richard Wagner’s “Walküre”, which is the prelude to the complete ring tetralogy, deals with, for example, the end of the world brought about by humans and recurs with it the current climate debates. William Shakespeare’s comedy “Twelfth Night” in turn gets to the bottom of the pleasurable play with (sexual) identities, while a staged reading at original locations deals with the inglorious chapter of the Freisler trials in Carinthia. Friends of the lighter muse can finally rediscover the inner child in themselves with a staging of the popular literary classic “The Jungle Book” as a musical, with a visit with their offspring.

Advance ticket sales for the new season start on 30. August 2021 – the full program can be found here.