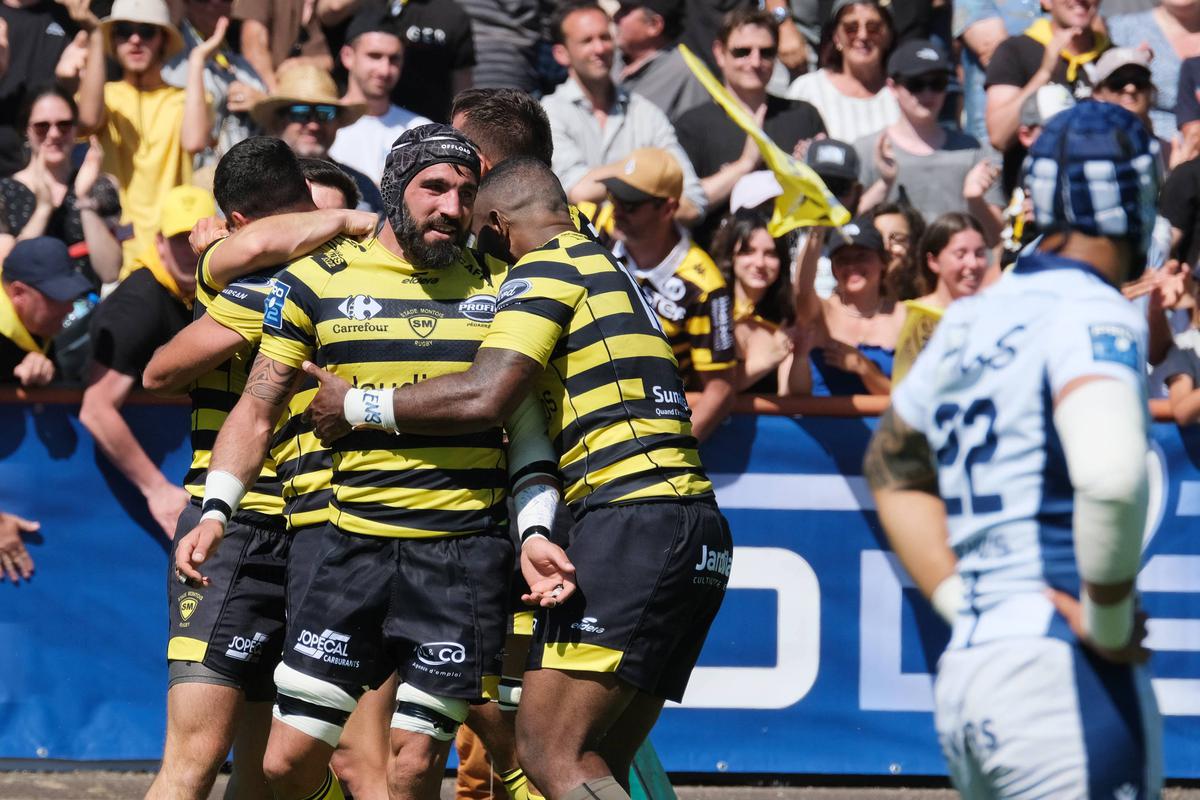 Stade Montois wins against Nevers and will find the final well

Patrick Milhet’s players, who moved with the wind during the first act, quickly took control of the game. Two penalties from the best director of Pro D2, Léo Coly, first put the Montois on the right track (6-3, 13th). The defensive pressure of the yellow and black put the visitors at fault and, like a little trickster, Coly then intercepted a floating pass from Menoret in the Uson line to slip away, 60 meters further, between the poles (13-3, 22nd). His 11th try of the season, he who had not crossed the line for two and a half months.

A history of interceptions

Caught when they hadn’t conceded a try for three games, the Neversois tried to react on their strong point, the balls carried, but several good defenses of the yellow and black at five meters annihilated their hopes. And Coly even rewarded once again the hard work of his forwards, with a new penalty, more than 30 meters (16-3, 33rd).

Xavier Péméja decided to change the hinge at the break and the game of Nevers suffered immediately. Opener Shaun Reynolds also intercepted a long hazardous pass from Laousse-Azpiazu to flatten his seventh try of the season 60 meters further and restart the game (16-10, 50th). The other entrant, Yoan Cottin, was even very close to air conditioning the Boniface stadium. He intercepted a hazardous pass from Cedaro in the middle to slip under the posts… but was caught in extremis in front of the line by Léo Coly (55th).