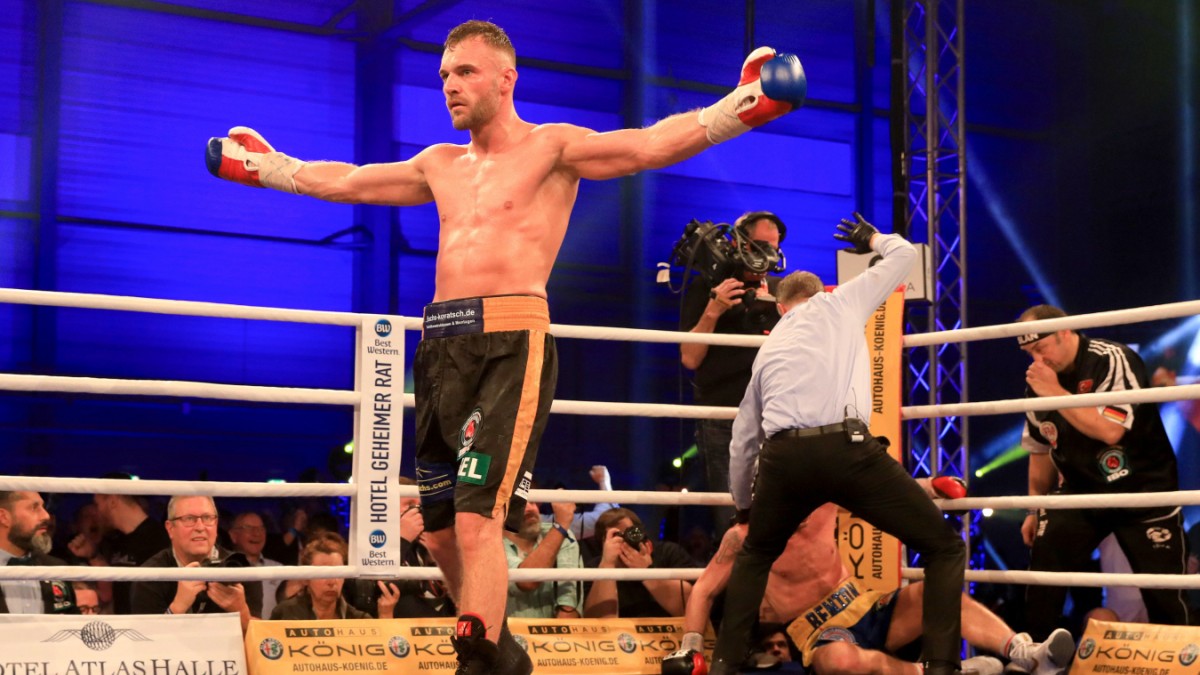 How can fighting continue in boxing? Promoter Ulf Steinforth is working on the concept for a first fight evening after the Corona break and is also thinking of spectators in their own car.

A boxer is an athlete looking for closeness. In the cabin he has his hands wrapped in bandages, usually by his trainer, the two sit opposite each other, gladly in almost devout silence. Before the fight, the boxers then let their cutman cover their face with petroleum jelly to largely avoid wounds (Wladimir Klitschko swore by coconut butter). In every lap break there are only a few centimeters between the boxer nose and the trainer nose, for the most intensive response possible; at the same time the cutman wipes around the face, more petroleum jelly (or coconut butter), sometimes he still works with cotton swabs to stop the blood. A boxer needs all these moments of closeness to stay completely with himself, because if he does not rest in himself, he risks his health.

And then there are all the close moments in the ring. The seconds in which the fighters stare into each other’s eyes before the first gong and sometimes, as they like to say, straight into the soul. In the fight blows from close range, against the chin, on the temple, on the nose, the heads collide again and again. Blows from a distance, drops of sweat fly back and forth next to the fists, sometimes drops of blood.

All reports on the current situation in Germany and worldwide as well as the most important news of the day – twice a day with SZ Espresso. Our Newsletter brings you up to date in the morning and evening. Free registration: sz.de/espresso. In our News app (download here) you can also subscribe to the espresso or breaking news as a push message.

In months when the distance to each other has become a central indicator of living together, boxing seems to have fallen out of time. But it should also continue in professional boxing. So Ulf Steinforth, the promoter of the Magdeburg SES team, says: “Of course, creativity is of the essence here.”

Creativity has never been a problem for Steinforth, 52. As a young man, he made his living by having condom machines installed at Leipzig Central Station in the early 1990s; He has led his SES team since 2000, which may not be home to the most dazzling figures in the industry, but which has made a name for itself in serious planning. Other boxing managers rely on the television money, Steinforth has built up a network of local sponsors. While other boxing teams went bankrupt or disappeared into insignificance, Steinforth has been working calmly over the years. With success.

The currently only German world champion in professional boxing, the light heavyweight Dominic Bösel, is fighting for SES. At the end of March, Bösel should have defended his title, in Magdeburg, the ARD would have broadcast – the event was canceled two weeks before the scheduled date. Since then, Steinforth has been working on a concept that he adapts weekly, sometimes daily – but that should enable him to be able to organize a fight evening again soon.

Since the cancellation in March, Steinforth has been in contact with scientists, virologists, politicians, and also with an engineering firm that specializes in hygiene standards. He followed the procedure in professional football with interest, it was clear to him that his boxers could hardly compete in front of the footballers. The state government in Saxony-Anhalt will announce its new guidelines on Tuesday. At SES, they hope that this will mean that they can then plan a concrete boxing evening again.