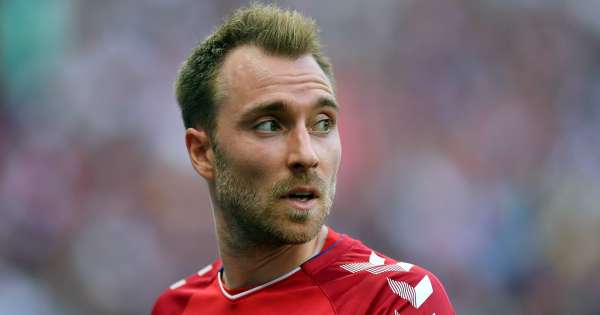 Spectacular signing: Eriksen leaves Brentford and signs with a giant

Christian Eriksen live an incredible and unthinkable moment. The 30-year-old midfielder, who managed to survive a heart attack in the middle of Euro 2020 and return to football professionally, was one of the stars of the last season of the Premier League for his remarkable performance in the humble Brentford, who trusted him and gave him a six-month contract with the option of one more season. After showing that it is still valid, Brentford was excited to retain it but it is impossible because playing in the Manchester United.

“I think he is happy here and I would like to be able to continue counting on him, in fact he is the best signing in the history of the club”, assured the coach of the Brentford, Thomas Frank at the end of the season. However, a tremendous offer from the Manchester United At the request of Erik Ten Hag, he weighed more and signed with Old Trafford.

The Danish soccer player will undergo a medical check-up in the next few hours and sign his three-year contract. The objective of Eriksen is to play the Qatar 2022 World Cup with the Danish National Team, and a jump to Manchester United could be perfect to get to the tournament that will be played in Doha in the best physical shape.

See more: “Messi sent me a private message: he told me I was a donkey…”

Eriksen plays with an internal defibrillator, which allows you to control your heart rate and regulates any further disturbances in your heartbeat. Ten Hag, who knows him from Dutch football, did not hesitate to ask for his signing after Paul Pogba left as a free agent.

Manchester United accelerated his signing because Tottenham also planned to have him. It is worth remembering that Eriksen was technically dead for a few seconds. The doctor of the Danish team, Morten Boesen, confirmed in statements the state suffered by the midfielder in that Euro: “He was gone. We did cardiac resuscitation, it was cardiac arrest. How close were we? I don’t know. We recovered it after a defibrillation, so it was very fast. We don’t have an explanation as to why it happened.”

Now Eriksen will return to the top level of European football. In the next few hours, Manchester United will make his transfer official and for the footballer it is a moving step after being on the other side of life.