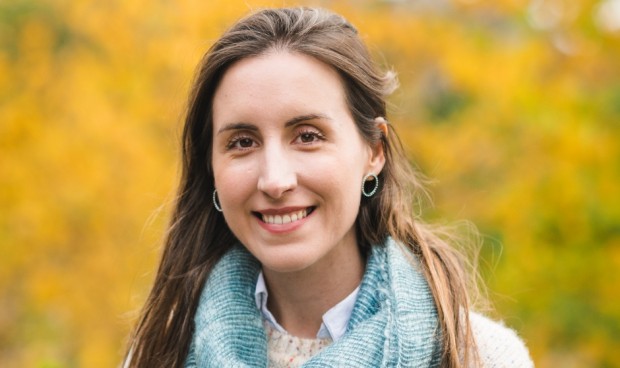 The countdown begins for the project ‘Primage’led by the La Fe Hospital in Valenciaget your first results, which will see the light before summer 2023. This platform will create a series of predictive models and imaging biomarkersThanks to the artificial intelligencewhich will allow the clinician to know what is the survival in months or years and what type of treatment is most effective for children with neuroblastoma y intrinsic diffuse trunk glioma (DIPG). A tool that “will allow oncologists to diagnose this type of rare tumors in a more efficient way without the need to biopsy patients”, explains Leonor CerdaPh.D. in Physics and member of the Biomedical Image Research group at the La Fe Health Research Institute, to Medical Writing.

For Cerdá, what is intended to be achieved with this project is “to provide the same information that a biopsy starting at radiological imagesas can be the magnetic resonancewhich are acquired in routine clinical practice during the diagnosis and treatment of this kind of pediatric patientsusing all the data obtained from the different European hospitals that are part of the consortium through the use of computational methods and algorithms of artificial intelligence“.

Currently, the hospital center is “in the last year of the project“, according to Cerdá, and “the last predictive models such as survival, response to treatment or tumor aggressivenessamong others”. Regarding the latter, the biomedical engineer clarifies that, in the case of neuroblastoma“there are many subtypes and these are very heterogeneous and, therefore, the objective is that thanks to the data provided by the radiological images information that is usually obtained in clinical practice through biopsy can be extracted”.

Throughout this year 2022, the last phase of the project ‘Primage’ that tries to implant all the selected algorithms and, once this is finished, it will go to the validation phase of the same. Thanks to this platform, “doctors will be able to upload the data of the new cases that are presented to them and this will offer the clinician relevant information for their approach”, underlines Cerdá.

As for the role of the radiologist In this project, Cerdá clarifies that “these do a very good job when it comes to diagnosing these pediatric tumors, but this tool based on artificial intelligence may be able to see things in the images that we cannot perceive with the human eyesuch as intensities between different voxels of the image or types of relationship between some subregions of the same tumor, called habitats, which can provide information about their tumor aggressiveness“.

All this research, which at first glance can be seen in an image like a gray scale, “at a computational level, the platform allows extracting quantitative patterns from the images, that can be predictive of the clinical outcome being evaluated, such as survival or response to treatment,” says Cerdá.

The inclusion of ‘Primage’ in the European Innovation Radar

According to the expert, this project deals with two types of pediatric cancers: neuroblastoma y DIPG, since, in both cases, “they have high mortality and great therapeutic complexity, especially DIPG, since practically 100 percent of the children diagnosed with this pathology die”. For all these reasons, it can be said that “they are rare tumors that, as there are not a large number of cases, have not been able to explore really well, as is the case of breast or lung cancer, which have a higher incidence and have a greater number of genetic, biological and imaging studies”.

In the case of DIPG, as detailed by Cerdá, “these are tumors that are not usually biopsied due to the risk of morbidity and mortality involved and as there is no known cure, so they decide that the patient does not go through this procedure.” Therefore, the project ‘Primage’ it is going to help “the image provides a lot more new information that until now was not known”.

This is why, according to Cerdá, “the European Comission has decided to recognize this work on image processing and analysis in pediatric oncology in its Innovation Radar“. This inclusion means “a big step” for engineering since it is a European initiative that allows discovering innovations with high potential.

The application of ‘Primage’ in the clinic

The biomedical engineer professes that “the future of ‘Primage’ has several aspects: on the one hand, the existence of a database at European level that contains the information of practically more than 1,000 data from neuroblastoma and of DIPG which will make it easier for European clinicians to draw conclusions from this type of tumour”. This will facilitate, according to Cerdá, “the work of other future projects and that the data that has been collected, curated, structured and completed in ‘Primage’ is interoperable with other repositories that are created”.

And, on the other hand, “the treatment quality level that these pediatric patients receive”. This tool “really has a very large application at the clinical level because it will open the door so that they can study if there are any other types of sub-variants or other ways of knowing if this type of treatments may or may not benefit each patientthat is, to improve personalized medicine”.