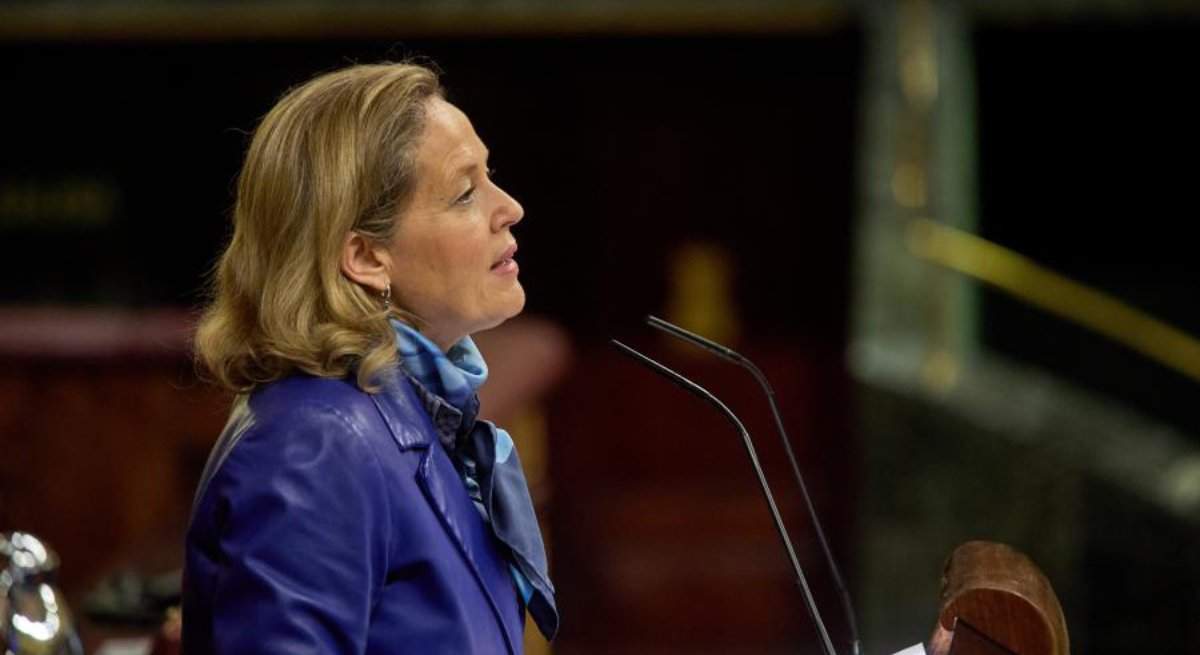 Spain faces 2023 with better cards than expected. The storm that many experts were predicting months ago has dissolved, and the strengths of the economy are resisting in the face of the great challenges foreseen for this year and, of course, in the face of the recession that a good handful of reports anticipated not so long ago. The great closure of 2022 has a lot to do with it. The GDP grew above 5%, as anticipated last Tuesday by the first vice president. “The figure exceeds the most optimistic forecasts, well above the European average,” said Nadia Calviño, who also highlighted the good performance of tourism. According to Exceltur, tourism GDP in 2023 will reach 168,453 million euros, 7.1% more than in the pre-pandemic.

Funcas calculations are more accurate. The entity considers that the economy concluded with an advance of 5.2%, seven tenths above what was forecast two months ago, pushed by the tailwind bequeathed by the final stretch of 2022. For this year they point to a growth of 1.3%. “The economy has behaved better than expected in the last quarter, thanks above all to the unexpected drop in the prices of energy products,” says María Jesús Fernández, senior economist in the Foundation’s Economic Situation Area.

The price of gas reached its maximum in August, when it exceeded 200 euros/Mwh. Since then, the curve has entered a deep lethargy from which it has not yet awakened. Neither the escalation of the war in Ukraine, nor the pressure from Russia on the energy market, nor the winter, have managed to revive volatility, defusing the panic with a domino effect on the rest of economic activity. “Industrial raw materials have also become cheaper, while ocean freight rates are close to pre-2020 levels, and bottlenecks in global supply chains are close to being resolved,” the Funcas report notes.

The enthusiasm in Moncloa is evident. The IMF revised upwards the forecasts for Spain last Thursday. The body calculates a progression of 5.2% of GDP last year, but retouches a tenth, up to 1.1% for the present. In addition, despite the ECB’s repeated warnings, analysts foresee a moderation in monetary policy that will lead rates to relax starting in the first quarter. “Starting in the spring of 2023, economic activity will recover growing dynamism,” said Margarita Delgado, deputy governor of the Bank of Spain at a meeting organized by the Columbia Alumni Association Spain.

Calm in the gas market

It is not the only fear overcome. The threat of gas cuts in Europe, and also Spain, has been rumbling since last July. Nobody ruled out the limitation in the supply to the industry just a few months ago. Even the Government included this hypothesis in its energy survival plan. Worse were the forecasts for other countries of the European Union such as Germany, whose government drew in two of the four scenarios provided, energy rationing. “That risk has not materialized, which in the previous months seemed very feasible, we even counted on it to a certain extent,” says Fernández.

With the mines neutralized, the surprising calm that prevails promises to continue subtracting points from the general inflation rate. “Thanks to the reduction in energy costs and the government’s policies, the CPI has dropped five points in five months,” Calviño said at the press conference after the Council of Ministers. The trend will be downward until consolidating at 3.7% in 2023 and 2.7% in 2024, according to IMF calculations. Even so, the alarms remain fixed on the underlying, which could reach 4.5% on average next year, according to the consensus of the Funcas Panel. Calviño foresees that it will reach its maximum throughout the first quarter of the year.

The indicator, which discounts the price of energy and unprocessed food, closed last December at 7%, 1.3 points above the general index. Its evolution will depend, in part, on the set of measures adopted by the Executive on the discount days of 2022.

“They are appropriate and go in the right direction,” says Juan Ángel Lafuente, professor of financial economics and accounting at the Universitat Jaume I, who nonetheless points to the importance of reduce the volume of deficit and public debt that Spain maintains. For this, the State has a ‘cushion’ of almost 33,000 million euros as a result of excess tax collection accumulated up to November of last year. Public debt will be 112.1% of GDP in 2023, after closing 2022 at 112.8%, to drop to 110% next year and to 109% a year later.

See also  Spain seizes 4,500 kilos of cocaine on a ship from Colombia

The risk is clear, and it does not only affect Spain. The report ‘Global Risks Report’ Worked by the World Economic Forum, MARSH and Zurich Insurance Group, points to the diversion of public debt as one of the great economic problems of the coming years, even more so in the midst of a period of monetary normalization. “Excessive indebtedness can lead to the collapse of certain states,” warned José María Carulla, Managing Director of the risk consultancy in Spain.

Much depends on the success of the ECB in the coming months, “an excessively aggressive adjustment of monetary policy could complicate the scenario,” says Funcas. Also the ability of the Executive to subtract points from the deficit. A structural problem that the withdrawal of debt purchases by the monetary institution could accentuate. Fiscal sustainability will depend on the credibility of Spain when it comes to complying with the correction of imbalances and on the hand of Sánchez to seek a greater impact of the agreed investments in the real economy.

The challenge of European funds

The Spanish economy has another great prop. Funds ‘Next Generation’ contain much of the negative impact anticipated months ago. Everything depends on the improvement in management by the Government. However, in 2022 the impact has been limited. “Of the funds managed directly by the General State Agency (AGE), about 11,000 million would have reached the real economythrough subsidies and tenders already resolved, that is, 37.7% of the total committed”, affirms the report of the ‘Recovery Plan in the real economy’, prepared by the Unit Next Generation right LUCK.

The consultant urges the Executive to hurry to find recipients of the funds that were left unallocated on December 31, and puts a list of tasks necessary to consolidate the impact of European financing.

On the one hand, it insists on the need to reinforce the strength of the Public Administration bodies dedicated to it. They also ask the State and the Autonomous Communities to coordinate more accurately, extend the aid ceilings in the calls to attract more ambitious projects or improve transparency by betting on real-time information. In addition, the report requests the European Commission to extend the deadline for disbursements beyond 2026, “it is manifestly insufficient when it comes to carrying out ambitious projects,” he points out.

This is reflected in the figures available. in 2022 368 million euros less have been awarded than in the previous year. A fall that the experts justify by the lower participation in the calls affected by the realization of the Recovery and Resilience Plan. Added to this are the “long and complex administrative procedures”, which according to LLYC, hinder the speed and volume of investments in renewables and transforming infrastructures.

Greater certainty presents the good progress of the labor market, vital to avoid recession. Most experts agree in predicting a 2023 without shocks in terms of unemployment. “The creation of almost 100,000 net jobs is expected during this year, and an additional 250,000 in 2024”, point out the Funcas analysts who calculate a slight reduction in the unemployment rate to 12.3% this year and 11, 5% next. Even so, the figure will remain one of the highest among all the countries of the European Union.

In addition, outside the Spanish borders, the resurrection of the Chinese economy is brewing. The Asian giant is presented as a double-edged sword. The reactivation of the country, after the stoppage of the persistent Covid-19 pandemic, could boost the figures of the diminished global economy. However, the return of an actor as powerful as Beijing to the international arena, could further strain energy markets raising the price of oil and liquefied natural gas.

“We will have to be aware of the awakening of China. If they direct the opening to stimulate their economy or if, on the contrary, they take the trick of geopolitical rivalry,” says Carulla. The report points to the rivalry for resources as one of the great risks in the short and medium term.

China grew a modest 3% in 2022, the result of the confinements and the strict policy that the Xi Jinping government put an end to last December. The figure coincides with the historical cut in the birth rate. Its population has been reduced for the first time in 60 years. 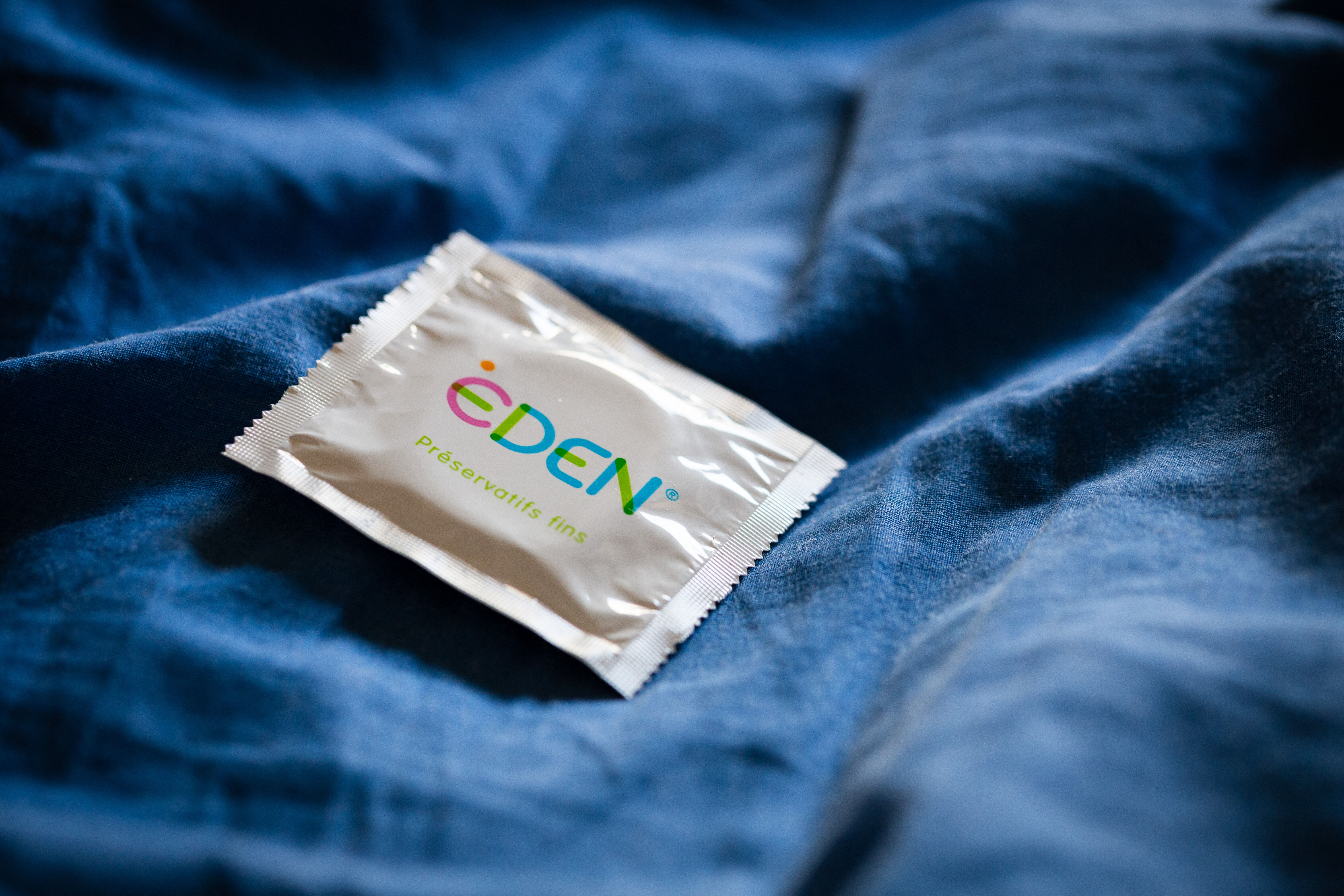 Free for those under 26: distribution of condoms peaks at two million in January 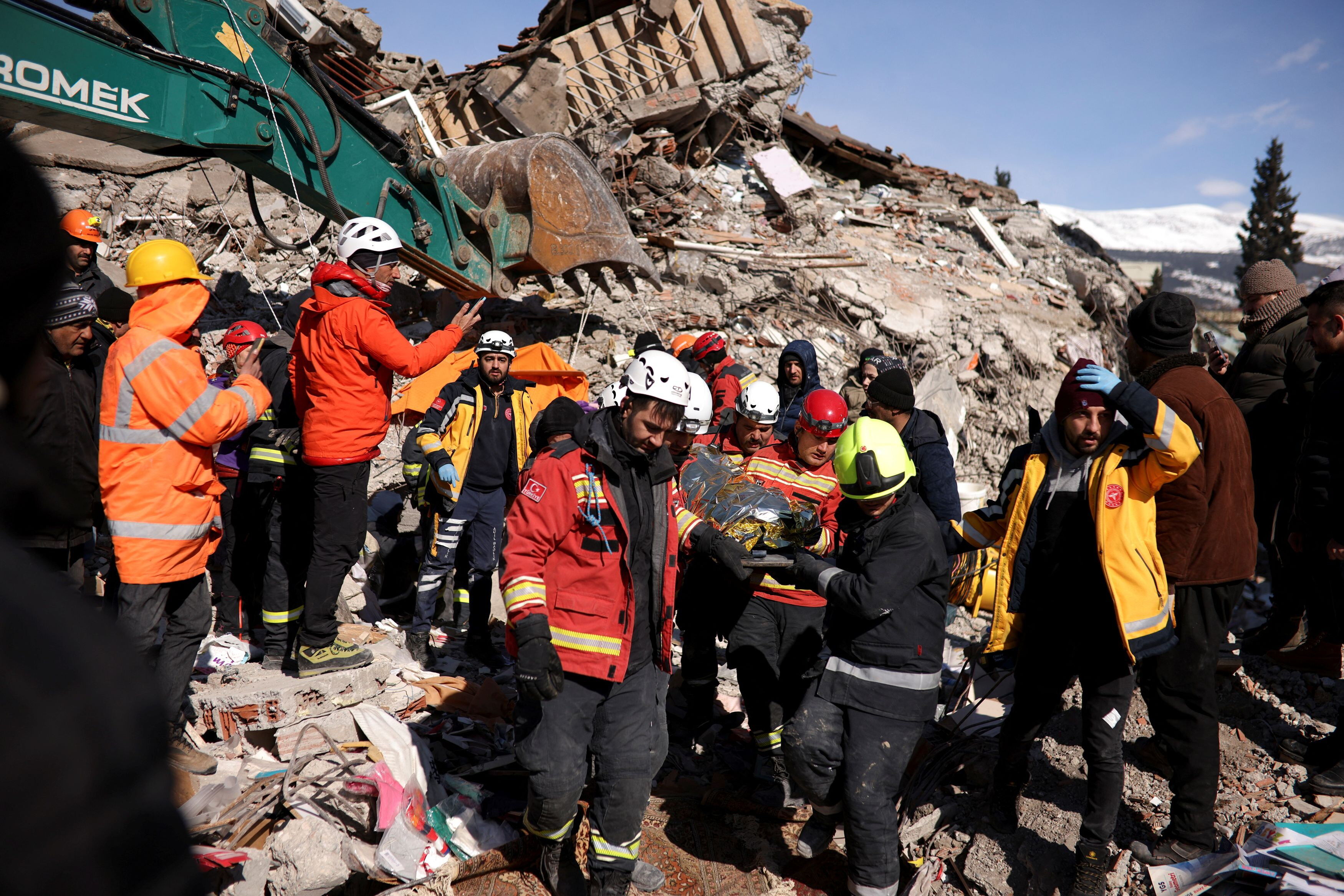 Earthquake in Syria and Turkey: how to help the victims? 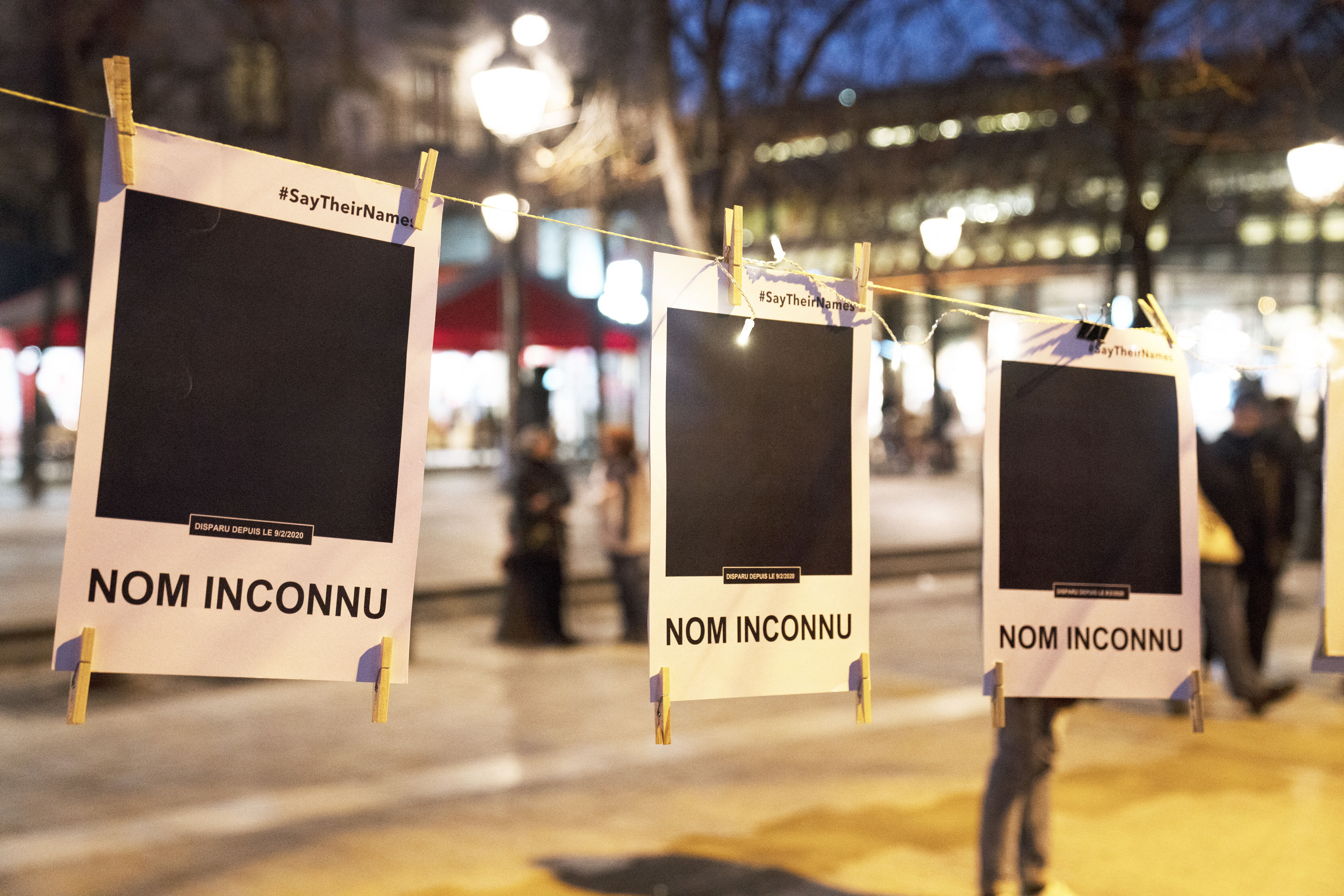 Day of commemoration for the dead at the borders: “We want to migrate to live, not to die” 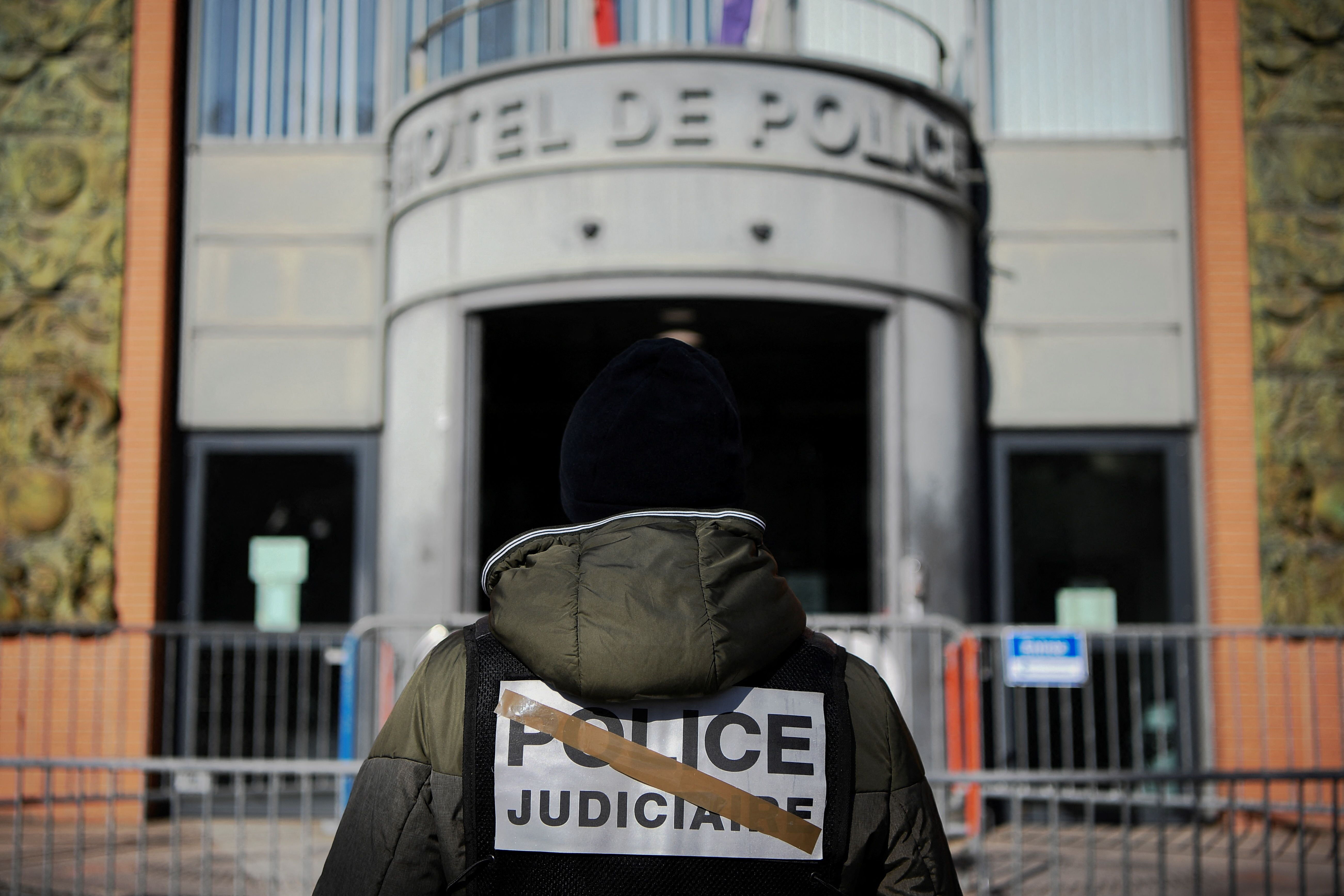 Parliamentary mission on police reform: an opportunity for a rapprochement with justice?

The fact-finding mission of the National Assembly’s law commission, led by deputies Ugo Bernalicis and Marie Guévenoux, has made public some forty recommendations to amend 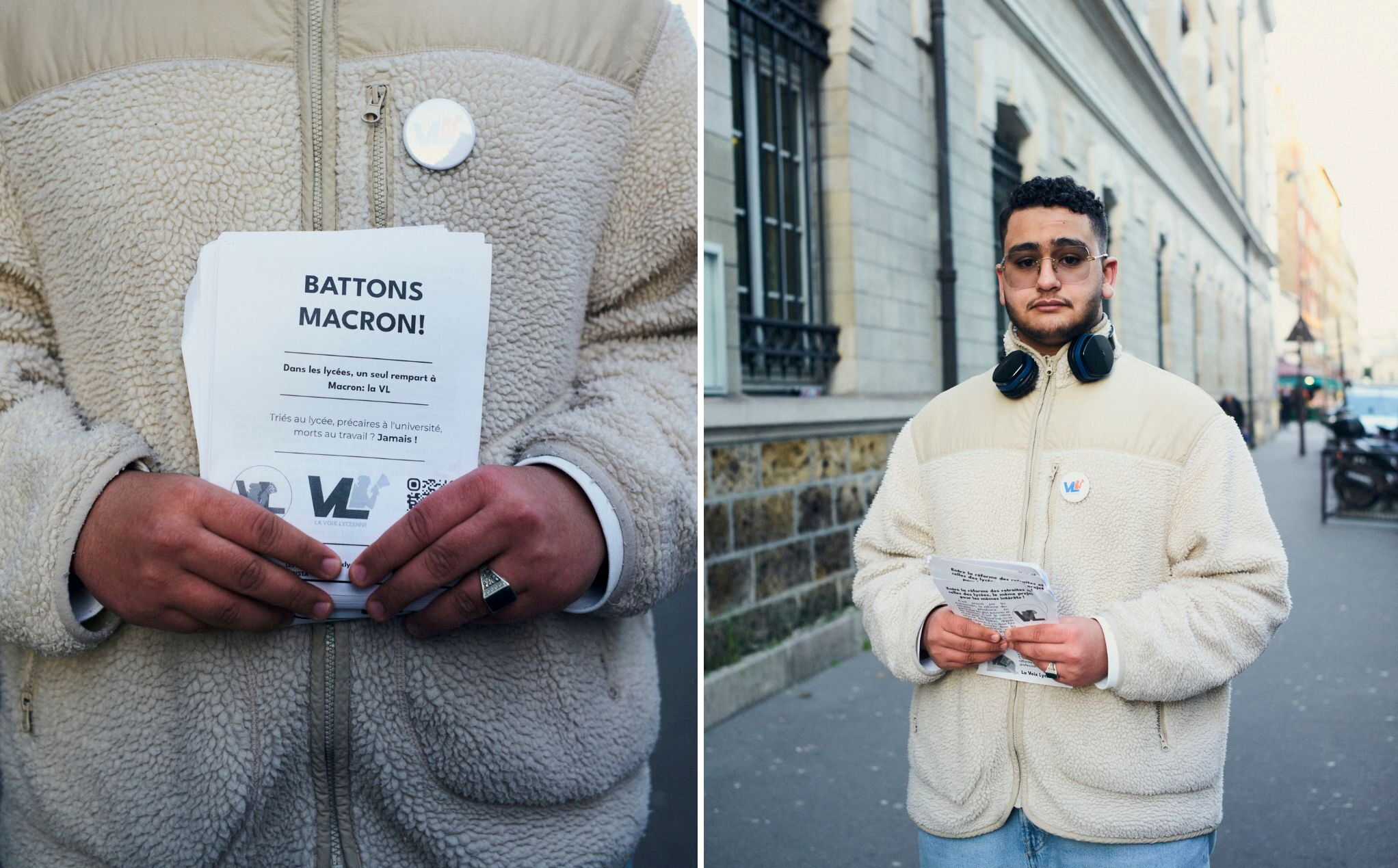 High school students against pension reform: “I don't want to see my father work even longer”

While teenagers continue to mobilize against the executive’s project, “Liberation” asked them what idea they had of the world of work. “I’m not talking about

©Panoramic The Juventus director of football has denied that Paul Pogba’s contract has been terminated due to his persistent injuries since his return to Turin.

©Panoramic When Pierre-Emerick Aubameyang left FC Barcelona for Chelsea last August, it was a logical transfer for all parties. Only six months later, the Gabonese