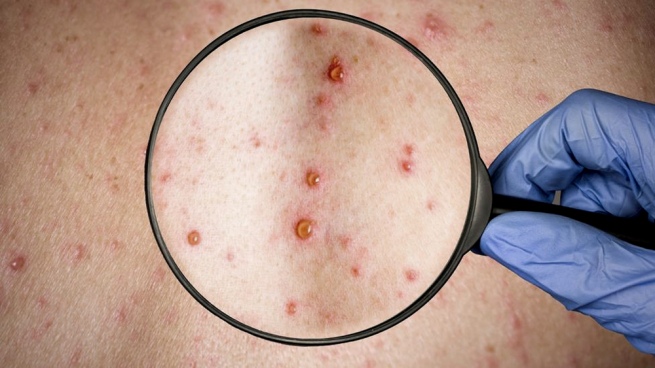 The Spanish Ministry of Health reported this Saturday a second death from monkeypox, one day after announcing the first death in the country of a person infected with this virus.

“Of the 3,750 patients, 120 cases were hospitalized and two died”indicated the Coordination Center for Health Alerts and Emergencies of the Ministry in his last report published this Saturday, without specifying the date of the second death.

In recent hours, the Ministry issued a series of recommendations on its social networks and reminded the population that the symptoms of monkeypox are similar to those of the flu (fever, headache, muscle aches, back pain, chills and exhaustion). ), which is associated with swollen lymph nodes.

And he recalled that a rash appears later, which in the current outbreak occurs more frequently with lesions on the genitals and anus. It can also appear on the face and spread to other parts of the body.such as the soles of the hands and feet.

Last Saturday monkeypox was declared a “global health emergency” by the World Health Organization (WHO), which days later warned that the vaccine alone could not stop the ongoing epidemic and asked that measures are taken to reduce the risk.

A day earlier, the European Medicines Agency (EMA) approved the use of the Danish company Bavarian Nordic’s Imvanex vaccine against human smallpox for use against monkeypox.

Since early May, when it was first detected outside African countries where it is endemic, the disease affected more than 16,836 people in 74 countriesaccording to data from the US Centers for Disease Control and Prevention (CDC) as of July 22.

See also  Covid-19. Why is the number of reinfections exploding in France? We help you see more clearly - Ouest-France

In Argentina, the Ministry of Health confirmed on Thursday that there are already 24 positive cases of monkeypox, all of them are male patients, with an average age of 36 years.