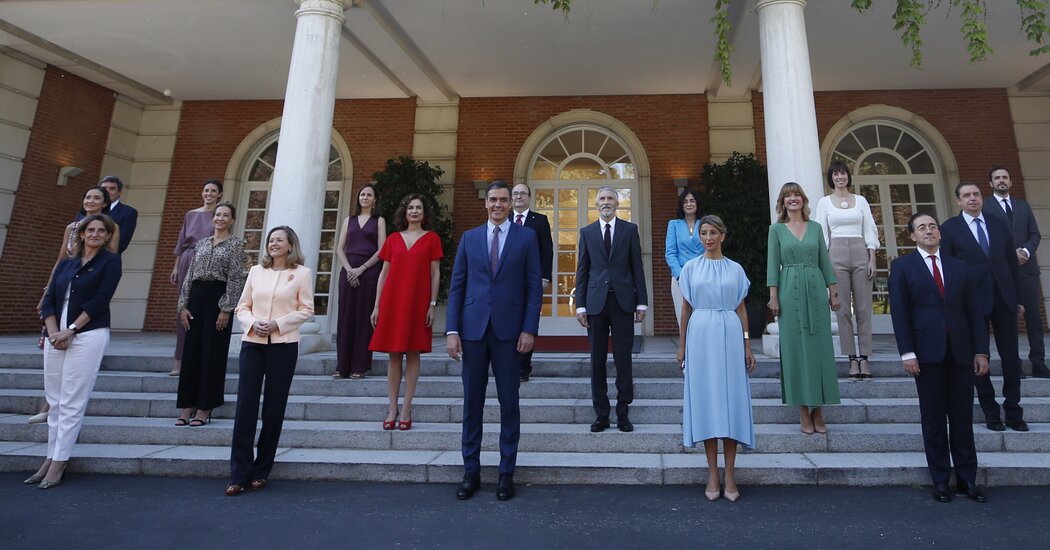 The managers Spaniards could have taken advantage of the administrative overcrowding to build functioning public services, but that illusion disappeared with the pandemic and the collapse of the administration. Added to the lack of coordination and duplication of functions between different administrations was the inability to attend to those who urgently needed unemployment benefits or simply contact Social Security. Obsolete internet portals failed. The care was poor or non-existent. And the country discovered the cost of not having the best in positions of responsibility when they are needed most.

The opposition to Pedro Sánchez has promised to fix the deficiencies and rightly criticizes the lack of control and the excesses of the president. The problem is that it does so without any legitimacy — its record indicates that it is just waiting for the tortilla to be on its side again — and the mistrust generated by the bad example of its regional leaders.

The powerful leader in the Community of Madrid, Isabel Díaz Ayuso, of the PP, a policy that has belligerently criticized the use of public institutions, took the art of creating the political chiringuito a step further when she announced in June the creation of the Spanish Office. The new department will have among its tasks “the promotion of the community as the European capital of Spanish”. The opposition asked sarcastically, and rightly so, if the title was threatened by competition from Oslo or Bucharest.

The Office of Spanish was actually created to reward the desertion of actor-turned-politician Toni Cantó, who left Ciudadanos to support Ayuso on the eve of the last elections and will be the director of the new department, a position for which he will receive a salary of about 75,000 euros a year. “Superfluous spending, duplication or beach bars are totally unsustainable right now,” Cantó himself said before gladly accepting a superfluous, duplicated and unnecessary position in a country that already has the Cervantes Institute and the Royal Academy of Language .

Spain needs a profound reform of the administration, long overdue, which will have a new opportunity with the arrival of European funds to alleviate the effects of the pandemic. But its impact will be minimal if it is not accompanied by legislative reforms that prevent the parasitization of state organisms, an improvement of the transparency law that allows us to know what public resources are dedicated to and the banishment of the patrimonial concept of institutions, which it has the indirect complicity of the voters.

As long as we Spaniards only denounce the opportunistic structures of our political adversaries, accepting those created by the party we support, the politicians will continue to be comfortably installed in the middle of the fray. And sending us all, every month, the bill for the national beach bar.

David Jimenez (@DavidJimenezTW) is a writer and journalist from Spain. His most recent book is Director.