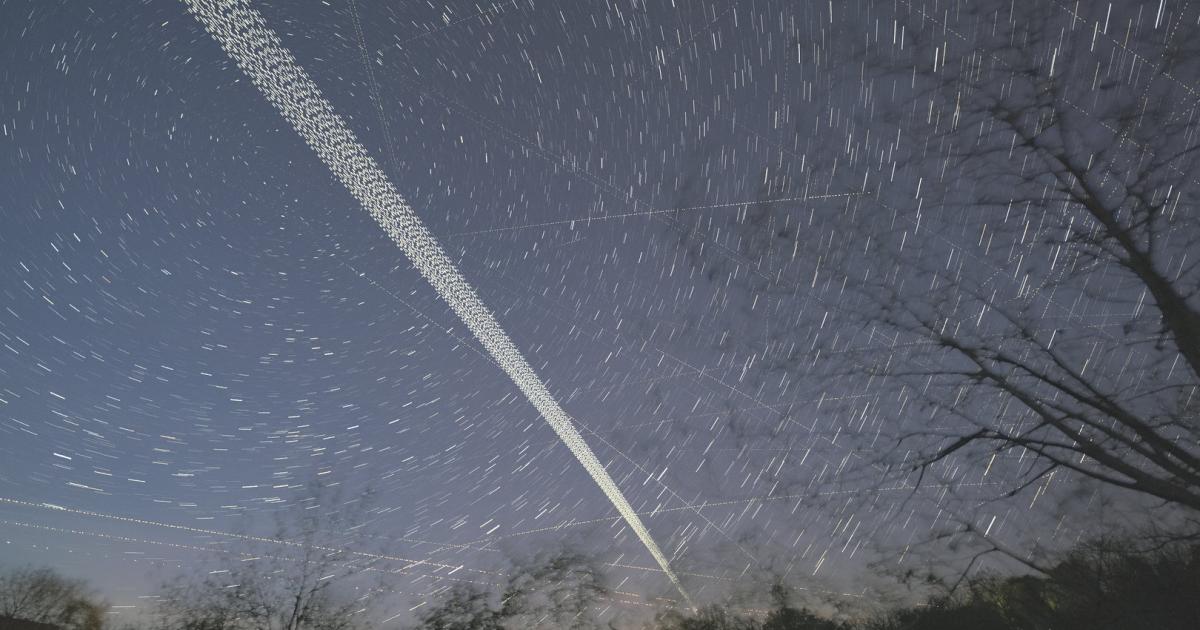 Old satellites could cause a chemical reaction when burned in the atmosphere.

Researchers warn that the large number of satellites that are to be placed in orbit around the earth in the long term could damage the ozone layer. In addition, the glowing space debris could lead to uncontrolled geoengineering.

It is true that more objects from space hit the earth’s atmosphere and burn up there every day than there will be burned up satellites. But the chemical composition of the satellite could cause problems, according to the scientists.

We have 60 tons of meteorite materialthat hits the earth every day, ”study co-author Aaron Boley, of the University of British Columbia in Canada, told Space.com. “We expect something like that with the first Starlink generation 2.2 tons of dead satellitesthat enter the earth’s atmosphere every day. “

Meteorites, however, consist mostly of rock. This is made up of oxygen, magnesium and silicon. Satellites, on the other hand, consist mainly of Aluminium.

This could create megaconstellations like them for Starlink, but also satellite networks of other companies are planned to change the chemical composition of the upper atmosphere. Burning aluminum could Alumina to produce.

According to Boley, this compound reflects light at a certain wavelength. If there is too much of it in the atmosphere, it could Albedo of the earth, i.e. the reflectivity, can be changed.

Reflectivity of the earth

The option of changing the atmosphere to increase the reflectivity of the earth was suggested by scientists back in 2017. According to Boley, however, this geoengineering was viewed critically because of its unpredictable effects: “Now it looks as if we are carrying out the experiment without supervision or regulation.” One does not know how that could change the upper atmosphere.

In addition, the aluminum could damage the protective ozone layer. The scientists found evidence of this at the Aerospace Corporation. They identified damage from rocket launches at specific points in the ozone layer where the rockets break through the atmosphere.

“We know that aluminum oxide already breaks down ozone when a rocket launches, since aluminum oxide is one By-product of many solid fuel rockets is. This creates small temporary ozone holes. The change in the atmosphere caused by space travel is one of our greatest concerns, ”says Boley.

Satellites burn up at an altitude of 50 to 90 kilometerswhile the ozone molecules up to a maximum 30 km altitude measured, i.e. in the lower stratosphere. However, the resulting particles could sink over time. According to Boley, the alumina would become a chemical reaction in the stratosphere which is likely to damage the ozone.

Tens of thousands of new satellites

In their study, the researchers around Boley warn that the 55,000 planned Starlink satellites significantly increase the amount of space junk. Since the commissioning of the first 1,700 satellites, the number of active and dead objects at an altitude of 1,000 kilometers has decreased 50 percent up. There are also plans from Amazons Kuiper, Chinas Starnet and OneWeb.

Boley compares this to plastic pollution in the oceans: “Humans are very good at underestimating their ability to change the environment. There is a perception that you can never throw so much plastic into the ocean that a difference becomes noticeable. Now we have a problem with plastic pollution, we have climate change as a result of our actions. ”

The situation with the change in the composition of the atmosphere is similar, since one would make the same mistakes as before with the plastic pollution of the oceans.