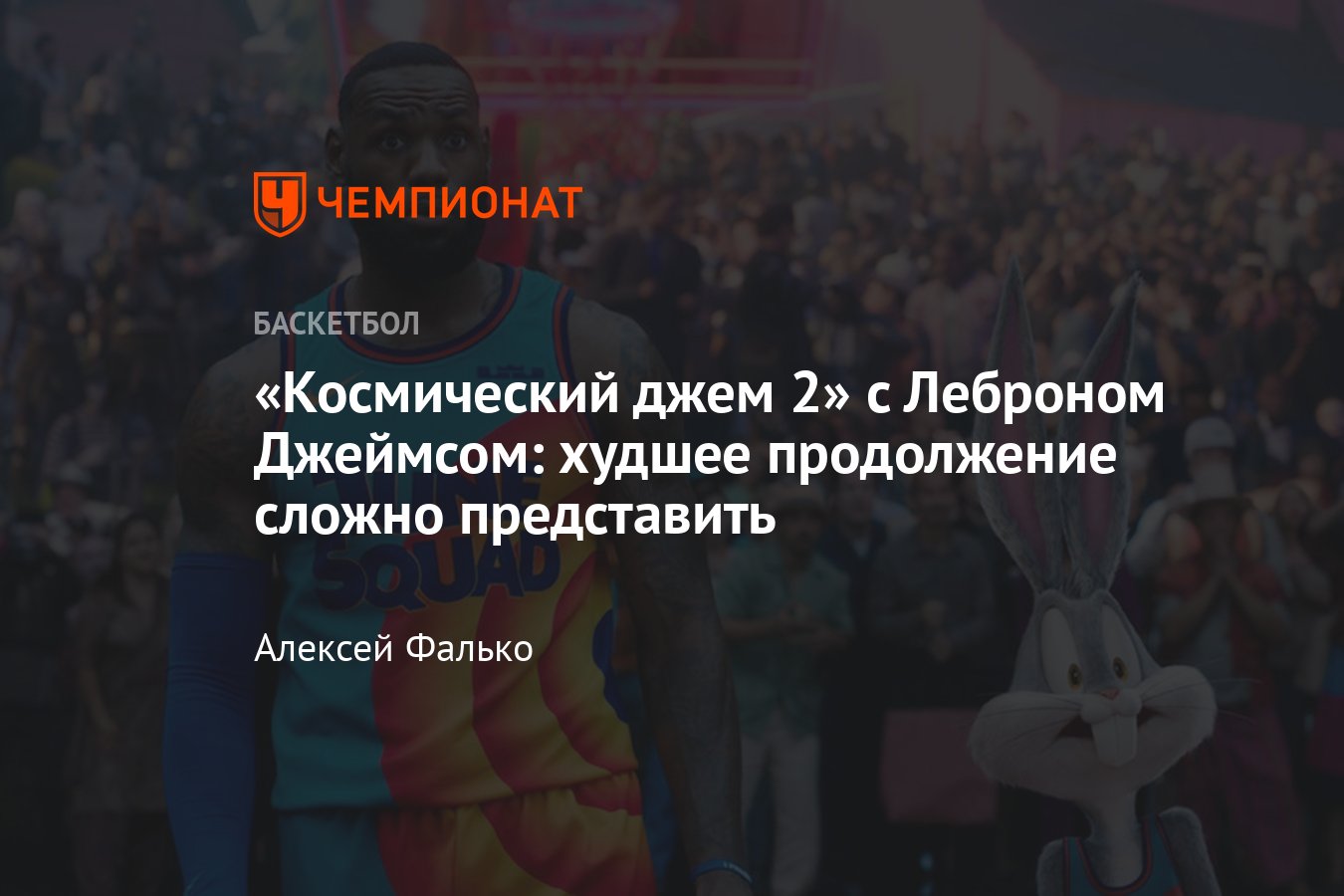 The premiere of the film “Space Jam: The New Generation” with the forward of “Los Angeles Lakers” took place in world cinemas LeBron James starring. A long-awaited event for basketball fans around the world. There are already the first results on fees. Very successful.

On Friday, the tape grossed $ 13.1 million at the American box office, beating the Marvel blockbuster Black Widow ($ 8 million). The box office of “Space Jam 2” in the first three days of the show was about 32 million, the “Black Widow” figure is less – 25.6 million dollars.

The LeBron comedy became the highest-grossing Warner Bros. during the coronavirus pandemic, surpassing Godzilla v. Kong, which grossed $ 28.2 million in three days. In addition, Space Jam 2 became the highest grossing family film since the start of the pandemic. LeBron is pleased with the start of the rental. On his Twitter page, the Lakers forward tweeted “Hey Haters!” in response to numerous criticism.


LeBron prepared a plan to overthrow Jordan. The first point has already been implemented

This is all a commercial component. A high box office isn’t always synonymous with film quality. The rating of the sequel on popular sites is extremely low – 4.1 on IMDB, 5.7 – on Kinopoisk. 31% positive reviews on Rotten Tomatoes. And it will fall even more over time. A clear contender for the Golden Raspberry for the worst film of the year. Anyway, we’re not on the critics’ site. It would be naive to expect a plot twist from a family film in the style of Quentin Tarantino’s paintings. Space Jam: The Next Generation is of interest to us in terms of meeting the needs of basketball fans. And in this regard, there are serious problems. Fresh impressions of the sequel.

The film is 120 minutes long. The first half hour is an acquaintance with the heroes. LeBron James plays himself – the most successful basketball player in the world. He wants his son Dom (Cedric) to be successful in sports too, but the boy has different priorities. Dom wants to become a video game developer. LeBron ignores his son’s wishes and intends to send him to basketball camp. This is the main conflict of the film, on which the whole plot is built. It’s trite, but then again, “Space Jam 2” has no claims to the Oscar and other prestigious film awards.

LeBron and his family are invited to Warner Bros. Studios to discuss a major media deal. James rejects this idea and criticizes the studio’s operational algorithm (played by actor Don Cheadle). The younger son, on the other hand, is in awe of artificial intelligence. Next, Al-Ji Rhythm lures LeBron and Dom into the world of virtual reality. There is only one way out – James must beat the super-team of Al-Ji Ritm (which originally included Dom, who quarreled with his father) in order to return to the real world. Otherwise, it will remain in virtual reality forever. LeBron assembles a team of Looney Tunes toon, including Bugs Bunny and Lola Bunny. During the game, James reconciles with his son, the villains, at the cost of great efforts, are defeated. LeBron returns to the real world with his family and reconsiders his relationship with the House. The king stops pressing on his son and allows him to do what he loves – developing video games.

Now about the disadvantages. In this process, one cannot do without comparisons with the first part of “Space Jam” with Michael Jordan starring. First you need to make it clear that both Space Jams are very bad films from an artistic point of view. Critics of this kind of painting will never be highly appreciated. However, the first and second parts have a huge difference. The tape with Jordan is made with soul. The film with LeBron is empty and soulless. Let’s explain why. 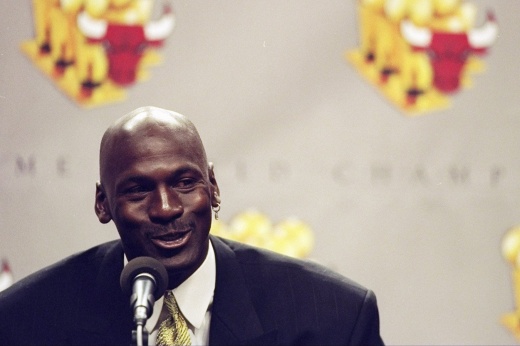 Disruption of the covers. Is the great Michael Jordan a hard-core gamer kicked out of the NBA?

Space Jam: The Next Generation takes place almost entirely in a cartoonish world. Even LeBron himself is a toon for much of the time. The only exception is the first half hour, which really grab attention. After that, James dives into the world of virtual reality. It gets boring to watch what is happening on the screen. Jordan in the first part was not a “cartoon”, the real world there is an order of magnitude larger than the virtual one. This is how the picture catches.

All characters in the sequel, with the exception of LeBron and Dom, are cardboard. Including James’ wife Kamiya (Soneka Martin-Green) and eldest son Darius (Jair J. Wright). The heroes are not revealed at all. Without their presence, the tape would have lost nothing. It is especially frustrating to see how the NBA basketball players and the WNBA basketball players were shown. Damien Lillard, Clay Thompson, Anthony Davis, Nneka Ogvumike and Diana Taurazi in their real images appeared only for a few seconds. Then they were turned into awkward cartoon monsters with superpowers.

The Water Thompson and the browed giant Davis look inappropriate and pathetic. Lillard too, although they decided to make him stand out from the rest. Damien is the most dangerous in LeBron’s rival team. Only Granny could stop him.

Daim knows how to manage time. Excessive emphasis on the image of Lillard is hardly an accident. This was done in the “selfish” interests of LeBron. Davis already plays with James for the Lakers, and Thompson missed two years with Achilles and cruciate ligament injuries. Even if Clay was healthy, he would hardly have left the Golden State Warriors. Lillard is another matter. It’s no secret that the Lakers are looking to get the Portland Trail Blazers point guard. LeBron did an excellent recruitment of Damien on set. Lillard has yet to issue an exchange request, but is no longer as clearly committed to Portland as he previously was.

Quite the opposite situation with the basketball players from the first “Space Jam”. Patrick Ewing, Larry Johnson, Charles Barkley, Maggie Bogz, Sean Bradley and Larry Bird got a lot more screen time. Their images are worked out and revealed. The characters want to empathize. Monsters have stolen the talent of the NBA stars. Barkley comes to the street basketball court, where the local punks easily deal with him. As a result, Chuck is forced to endure mockery and leaves in disgrace. Thug Ewing can’t catch the ball in his hands. Giant Bradley has difficulty moving. Shorty Bogz has forgotten how to do the simplest techniques with the ball. After losing their skills, eminent NBA basketball players are being treated in a rehabilitation clinic. There are interesting and funny dialogues. There is nothing like this in the sequel. The hard-hearted Lillard, Davis, Thompson, Ogwumike and Taurasi just caught a glimpse of the shot, so that there was a formal reason to write their name in the credits. 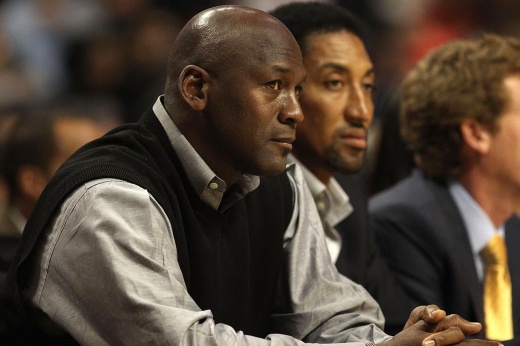 About the main component of the film – a basketball game. In the sequel, it lasts about an hour, that is, half of the screen time. Overkill. In addition, everything is done extremely “cartoonish” and boring. I want this parody of basketball to end quickly. In the first part, the court and the basketball are less cartoonish and more real. Jordan throws a sphere into the netting ring. Playing with monsters takes less time and looks more dynamic. Yes, even with a lower budget and lower quality visuals due to filming in 1996.

There are too many Warner Bros. ads in part two. Appropriately and inappropriately, there are (much more often) references to the company’s products. The studio has made many famous films, but why stuff the clown Pennywise from It, the unpleasant characters of A Clockwork Orange, and such irrelevantness into Space Jam? Warner Bros. cool, this is clear to everyone. You don’t have to be reminded of this so intrusively.

There are some small positives in the sequel. The opening splash screen from the best moments of LeBron’s NBA career is good and sets a positive mood for further viewing (it’s a pity that what is happening on the screen is disappointing). LeBron’s self-irony is also commendable. Throwing Cleveland, throwing Miami, and then throwing Cleveland again? The Lakers are next. And you still wonder why he threw you? ” – Al-Ji Rhythm’s appeal to the House is a mockery of LeBron’s tendency to change clubs in pursuit of titles. The same Jordan in the first part of such irony in his address did not allow. LeBron’s passable acting should also be noted. Of course, he will not become an Oscar nominee, but there was no irritation when watching. The thought didn’t occur to me, “What has this guy forgotten here?” James looked organic on the screen, considering that he is a professional athlete, not an actor. Lola Bunny’s less feminine image has been widely discussed in the media. When viewed, this moment did not catch at all. The rabbit is one of the few striking characters that are memorable. 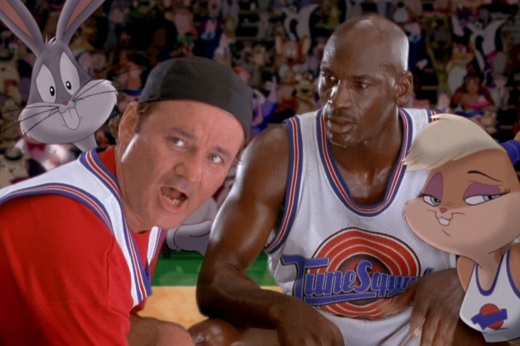 However, these small positives do not offset the big disadvantages. LeBron achieved the main goal – he promoted his image in a commercially successful film, albeit second-rate in quality. “Space Jam: The New Generation” is a prodigy that will not go down in history and will be forgotten almost the next day after watching. The first part is vital and emotional, as far as it is possible in a frivolous film, where the main characters are the NBA superstar and “cartoons”.

For moviegoers in general, and for basketball fans in particular, “Space Jam” with Jordan will always be a landmark tape (rating 7.3 on Kinopoisk and 6.5 on IMDB is proof of this). The same cannot be said about the New Generation. The worst sequel is hard to imagine. A failure and a passing dummy, which there is not the slightest desire to revise. The box office success is largely due to the popularity of the film with Jordan. Filming means little to a basketball player’s career legacy, so the race of the greatest in NBA history will be unaffected by the New Generation. Although, perhaps the sequel will indirectly help LeBron surpass Jordan in the real world. If “recruited” Lillard ends up in the Lakers and helps King win at least one title for the rest of his career.