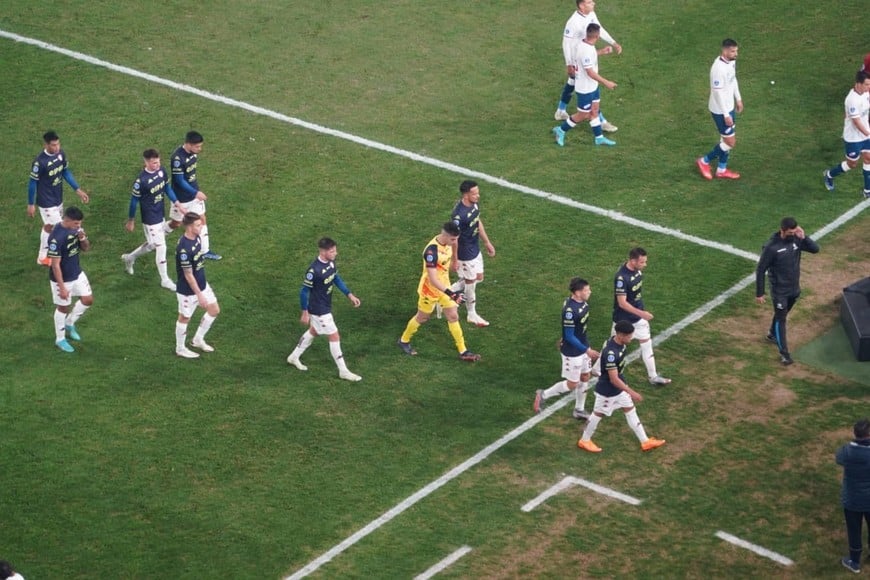 We will have to go for the epic in Santa Fe. Unión was surprised at the beginning, it allowed itself to be overwhelmed by Nacional and in that first half hour, Nacional justified the victory. When Unión improved, it was close and even deserved the discount, but Mele -one of the figures along with Roldán- appeared at the end to cover three decisive heads-ups so that the result remains open for the rematch.

More connected National. And that was what allowed him to make differences in the process and justify the partial result of the first half. However, Union should have discounted. And he deserved it. The final 15 minutes showed him more enthusiastic and aggressive. He had at least three very clear situations. With Gallegos complicating a defense of big men that was not very solid and that needed the saves of this very good goalkeeper who is Rochet.

In addition to plugged in, Nacional was more precise and faster with the ball. And he also appealed to something that is often despised in football: the mid-distance shot. First it was Fagundez placing the ball low and then Lozano, who hooked the ball overhand and nailed it at the angle. Both unattachable shots for Mele.

The pressure from Nacional was much more intense than that from Unión. For this reason, Unión lost in the divided ones and allowed itself to be anticipated. Until he found his way around the game, Nacional calmed down (or Unión managed to calm him down) and the game evened out. With problems in the marking on the sides, Unión had problems with Castro on Vera’s side and with Trezza on Corvalán’s side. It did not give the feeling of solidity in all that first half hour, beyond the fact that the goals (goals actually) were with shots from outside the area.

See also  “They said that PSG, Chelsea and City were unlucky that Real Madrid were better in one match. Liverpool were easier to guess, Carlo Ancelotti reports - Football

It’s hard to give up a style. Unión has it with Munúa, he doesn’t shrink and always wants to raise the heads-up with the rival. That often leads to imbalance. But Nacional did not have defensive security either and when Roldán and Luna Diale took possession of the ball in the middle, supported by Portillo and with Gallegos holding up, they approached Rochet and could have calmly scored the discount. Nacional’s victory was indisputable, although exaggerated in numbers.

The second half saw the match that Munúa must have dreamed of. The leading role changed, Unión was another team, more ambitious and dangerous, but without forcefulness. Luna Diale had the clearest but he hurried and ended up smoothly defining a one-on-one, without realizing that he could have followed a few more meters with the ball to face the good goalkeeper from Nacional.

Mele appeared in the end with two key covers. Unión long deserved the discount, with dignity he put his chest to the game and took it ahead of Nacional, but he did not specify. And in the final part, the three covered by Mele in as many hand in hand that left Union alive.