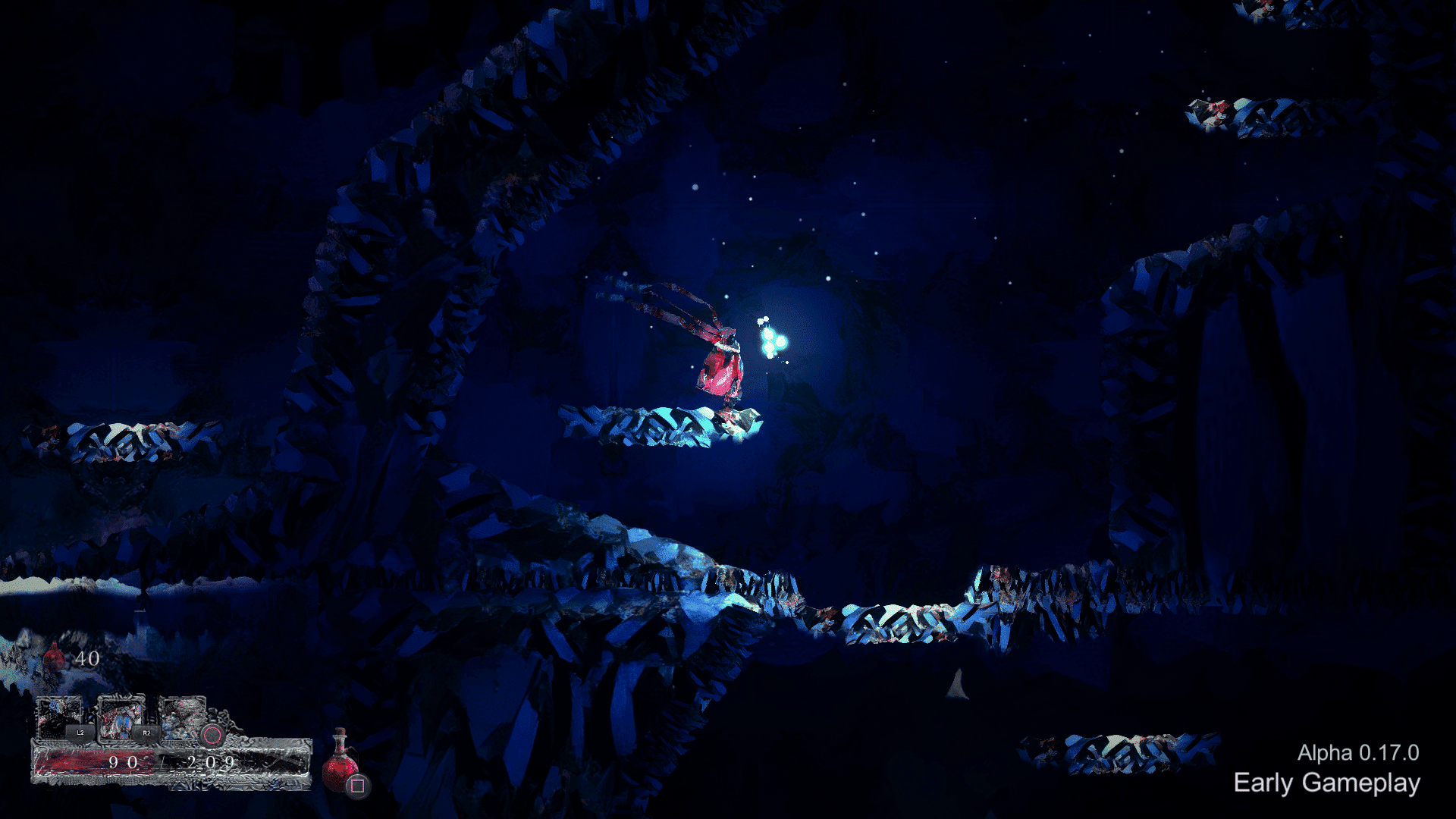 Thunderful Publishing & Carry Castle have revealed new gameplay for their upcoming Lovecraft side-scrolling action roguelite Source of Madness, which will be released on PC (Steam) later this year. The latest trailer, which premiered at this year’s Guerrilla Collective Showcase, shows just a handful of the procedurally generated horrors you will encounter in this spooky cosmic adventure!

Source of Madness is a gritty action roguelite set in a twisted, Lovecraft-inspired world powered by procedural generation and machine learning. Take on the role of a new acolyte and embark on a nightmarish odyssey. Uncover the cosmic secrets of the clay lands and the Tower of Madness, the mysterious Citadel of the Moon.

Fight hordes of nightmarish beasts with powerful melee magic, explore labyrinthine environments, collect powerful loot and manage your item loadout, then infuse the beasts’ blood at magical altars to unlock additional skills, perks and spells. Decide the fate of your acolyte in the customizable skill tree.

In the course of your journey, the arcane knowledge of the clay lands unfolds and lets you dive deeper and deeper into their dark depths. The world and monsters are rendered using a combination of hand-drawn assets, visual AI editing and procedural generation. The monsters that populate this dark world are animated using machine learning AI. That means Source of Madness has ever-changing landscapes to explore and new monsters to encounter on each run.
“We’re really excited to be working with Guerrilla Collective to show more of the game as we get closer to launch later this year,” said Carry Castle CEO Per Fronander. “Not only did we want to showcase our unique AI-driven art style with its Gothic and Lovecraft overtones, but we also took the opportunity to show a little more of the mysterious story that Source of Madness will contain for those who willing to explore them more deeply. “

“Source of Madness brings together so much of what we love about cosmic horror and video games in an unholy cocktail of roguelike adventures,” said Thunderful Head of Publishing, Dieter Shoeller. “Its procedurally generated creatures and mazes make it utterly unpredictable and scary while encountering machine-learned structures that really feel unique.”

The crazy person in the team can / must test everything that comes up, even if it’s Barbie’s great horse adventure (which he would also love to test). Had he been born earlier, his sense of humor would have been in a Monty Python movie. In addition, as a true Bavarian, he thinks absolutely nothing of hoppy cold drinks.