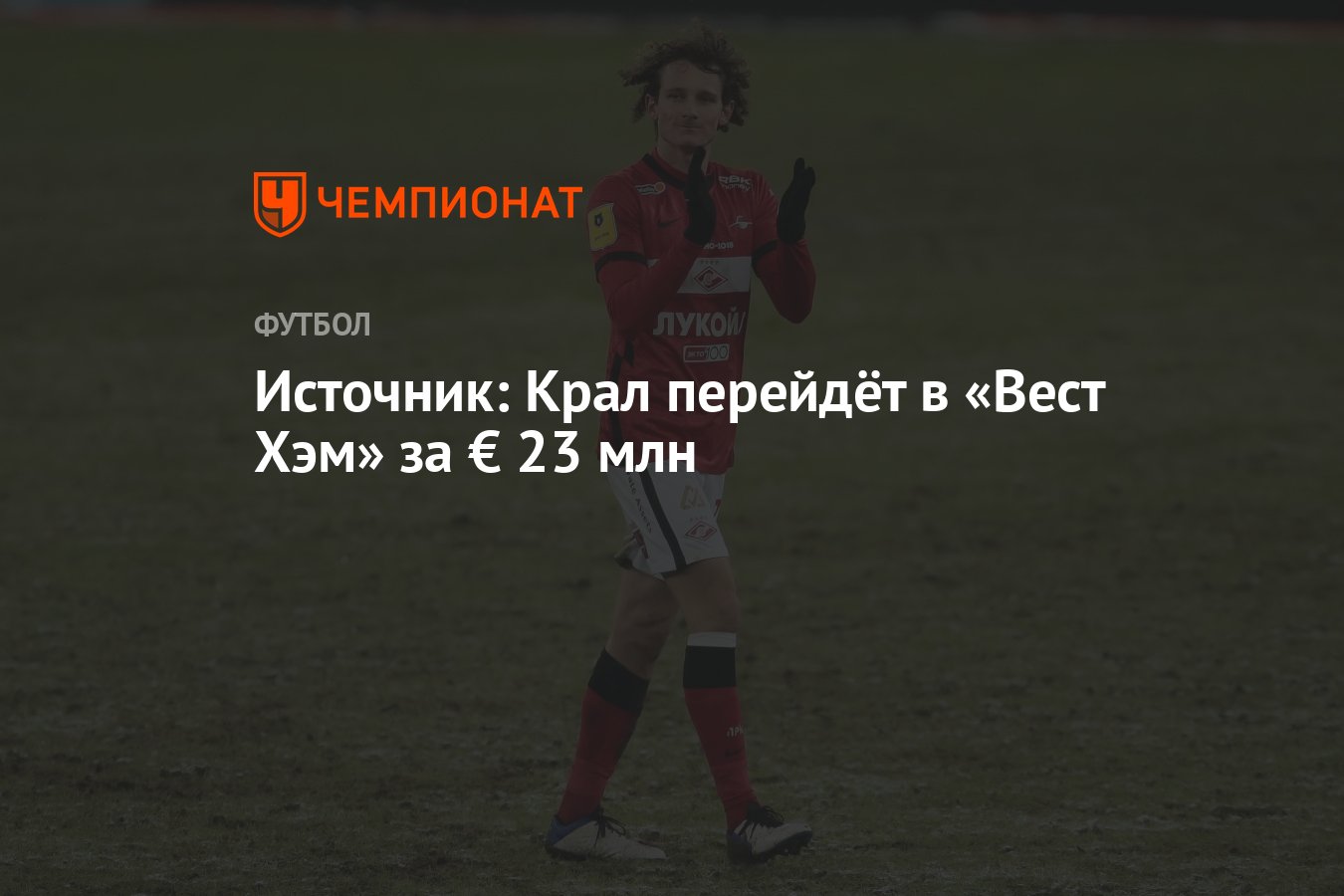 The amount of the transfer of the Czech football player “Spartak” Alex King in the English “West Ham” will be about £ 20 million (about € 23 million). This is reported by Football Insider. It is noted that negotiations between the parties are at an advanced stage, but the final financial terms of the deal have not yet been determined.

Earlier it was reported that the “hammer” may include the Ukrainian midfielder Andrey Yarmolenko in the Krala deal to reduce the transfer amount.

Yarmolenko in the 2020/2021 season played 24 matches, scored three goals and gave five assists. West Ham finished sixth in the standings last year in the English Premier League and will play in the Europa League.