With the new Sony LinkBuds S, so-called true wireless in-ear headphones with active noise cancellation should be available, which are not only the smallest of their kind on the market, but are also designed in such a way that you can use them all day long. A never-off wearing comfort should make this possible, as the manufacturer himself puts it, who also promises a large number of innovative features that should ensure high-quality sound and a particularly versatile, flexible application. Sony Corporation speaks of ultra-small, light and packed with high-quality sound technologies, so that the Sony LinkBuds S can meet the needs of various users.

As already described, the new Sony LinkBuds S are said to be the world’s smallest and lightest true wireless in-ear headphones, which are also equipped for the playback of hi-res audio content.

According to the manufacturer, the new Sony LinkBuds S are only 4.8 g light and have a design that is perfectly adapted to the human ear and yet guarantees a stable fit in the ear with its ergonomic design.

The new Sony LinkBuds S rely on a newly developed 5 mm driver, which the manufacturer believes can boast a rich sound with powerful bass and clear voices, as well as detailed imaging in the upper frequency range, despite its small format.

In order to always guarantee music enjoyment free of external influences, the Sony LinkBuds S come up with an active, adaptive noise suppression, which relies on a Sony V1 processor. In this way, the noise suppression can be optimally adapted to the respective situation at any time. With the so-called Quick Attention mode, you are also immediately ready for interactions with the environment with a simple tap of your finger.

However, this Sony V1 processor should also be used to minimize any distortions and thereby always optimize the sound. In addition, the new Sony LinkBuds S also uses Sony DSEE Extreme to optimize music data in real time, with the manufacturer promising that even the finest details can be played back optimally, especially when it comes to compressed content such as MP3 format acts.

Of course, you can also use the new Sony LinkBuds S as a hands-free device for phone calls and video calls, whereby the manufacturer not only promises excellent voice quality, but also very easy handling.

Sony Precise Voice Pickup Technology is said to achieve crystal-clear quality for phone calls, even outdoors on a windy day. In addition, the microphones of the headphones are designed in such a way that they are protected by a fabric that also largely eliminates wind noise.

The Speak-to-Chat feature, also based on Sony Precise Voice Pickup Technology, automatically pauses the music when a conversation starts.

Of course, voice control is also possible, be it Google Assistant or Amazon Alexa, which Sony Corporation explicitly emphasizes, but also via Apple Siri on Apple iOS.

Of course, the signal is transmitted via Bluetooth, with Sony Corporation claiming that it uses the latest Bluetooth standard and, above all, Bluetooth Low Energy and LDAC. Bluetooth Low Energy, also often referred to simply as Bluetooth LE, is said to be characterized by extremely low latency and LDAC offers Hi-res Audio up to 24 bit and 96 kHz, provided that the source device also supports it, of course.

When playing games, the user should be able to experience realistic spatial sound, with the acoustic events being based on the direction in which the player is looking.

Sony Corporation promises a particularly simple, comfortable operation for the new Sony LinkBuds S, with an intuitive touch sensor control panel directly on the earphones. What exactly happens when you touch this sensor field can be defined with the Sony Headphones Connect app, which is available for Apple iOS and Google Android, and the rest of the configuration of the Sony LinkBuds S according to individual preferences, including a sound -Tuning via equalizer, allowed.

Battery life of up to 14 hours

Sony Corporation promises all-day use, with the Sony LinkBuds S itself offering up to six hours of playtime with active noise cancellation enabled.

A total of up to 14 hours is possible using the transport case with power bank function included in the scope of delivery. A quick-load function ensures that after only five minutes of loading, 60 minutes of playing time are offered again.

The Sony LinkBuds S are not only designed to be practical and stylish, they are also designed with the environment in mind. Just like the other models in the Sony LinkBuds Series, there is no plastic in the packaging and the headphones use materials from automotive components. This reflects Sony Corporation’s goal of reducing the environmental impact of its products.

The Sony LinkBuds S are already available from specialist retailers in black, white and ecru versions. The manufacturer’s recommended retail price is €199.

The new Sony LinkBuds S should provide the advantages of the Sony LinkBuds Series in a particularly compact, as the manufacturer himself says, almost tiny form. Sony Corporation describes the new Sony LinkBuds S as the world’s smallest true wireless in-ear headphones, which nevertheless impress with remarkable sound and flexible use thanks to the latest technologies. 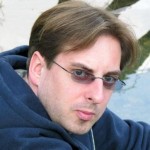