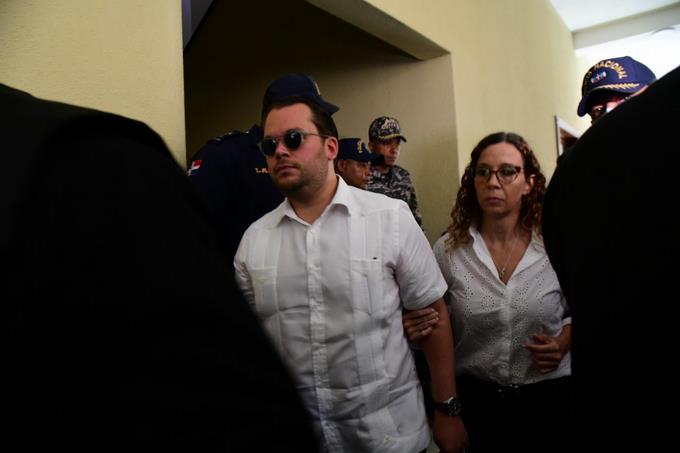 “Magistrate, that man is a danger to Dominican society, that the full weight of the law falls on that person,” were the words of Orlando Salvador Jorge Villegas to the judge who sent the confessed murderer of his father to prison, the Minister of the Environment Environment, Orlando Jorge Mera.

Jorge Villegas said that his father’s friendship was such with the confessed murderer Miguel Cruz de la Mota, that when he got married, his guest list was short due to situations of the pandemic andhe first guest of his father’s friends was the defendant.

“The only friend the defendant had was my dad, because everyone had kicked his ass because of his behavior, and the only friend he had was Orlando Jorge Mera and he knew the nobility of my father, and he knew that when he had to cut himself off from someone’s shoulder, it was my father, “said the legislator, which is recorded in the coercive measure resolution that consists of 20 pages.

Jorge Villegas, who is a deputy for the Modern Revolutionary Party (PRM), declared in court that both in personal, professional and political matters, the accused held in the Najayo prison, consulted with his father and thus he repays the years of solidarity and mutual collaboration.

He maintained that people who are in the government and were friends of Cruz de la Mota fled and that as the matador knew of his father’s nobility and that he was his only friend, he abused his father’s good faith.

“If my father taught me something, it was not to hold a grudge, they taught us from my grandparents to respect authority, institutions and justice,” Jorge Villegas emphasized when the judge of the Permanent Attention Court of the National District, Rigoberto Sena Ferreras, told him He gave the words with his aunt Dilia Leticia Jorge Mera to talk about the case in its conditions of plaintiffs and constituted civil actors.

It is recalled that Judge Sena Ferreras, sentenced to one year of preventive detention measure of coercion against Cruz de la Mota, who killed the Minister of the Environment and Natural Resources with several shots.