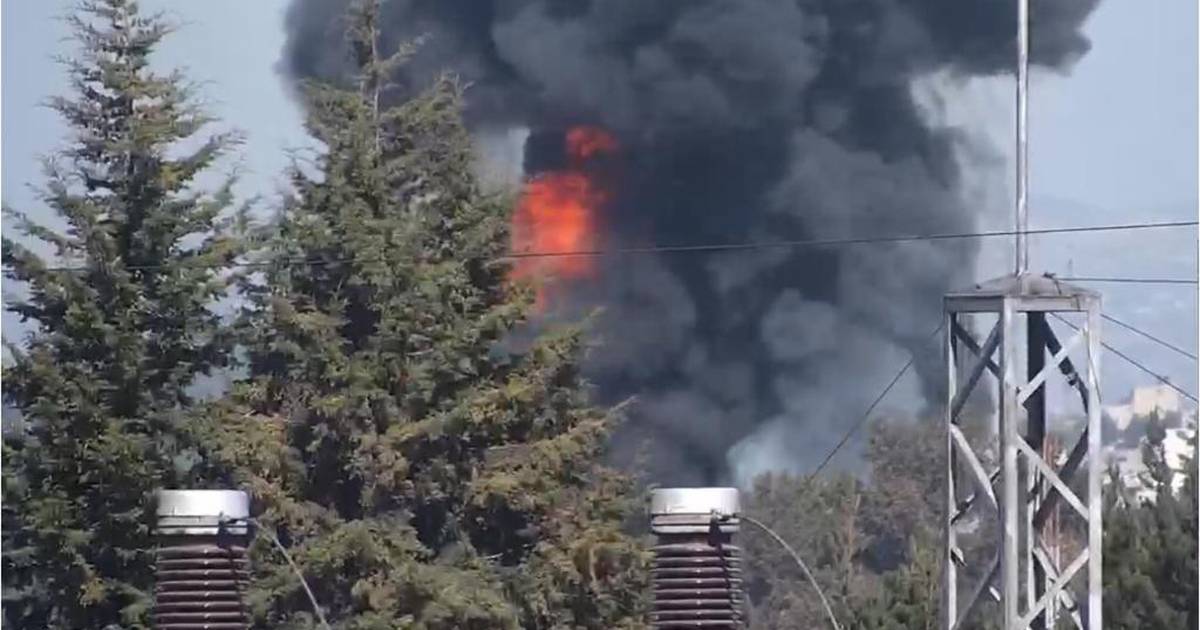 Solvent factory in Lerma burns down; no injured people are reported – El Financiero

A strong fire that consumes a solvent factory, located in the industrial zone of Lerma, it provoked the mobilization of the emergency and fire departments of several Mexican municipalities.

The flames have not been controlled, so the emergency corps They work in the place with three points of attack, in addition to the fact that in the facilities of a neighboring company access to firefighters personnel was allowed to work.

At the same time, the Command Post (PC) was installed in the Isidro Fabela Northern Industry Circuit.

State and municipal Security and Civil Protection elements supported to evacuate 50 people who worked in the Empresa General Paint, where the incident was recorded, as well as properties surrounding this factory.

Similarly, they indicated that, through video surveillance cameras, they managed to identify eight explosions inside the company.

The huge flames cause strong radiation in the area, so it is feared that the incident could spread to other buildings. Despite this, so far no injured or intoxicated people have been reported.

Authorities asked the population not to approach the area due to the danger that the fire still represents and so that the aid corps can work efficiently.

The column of black smoke can be seen from several kilometers away.