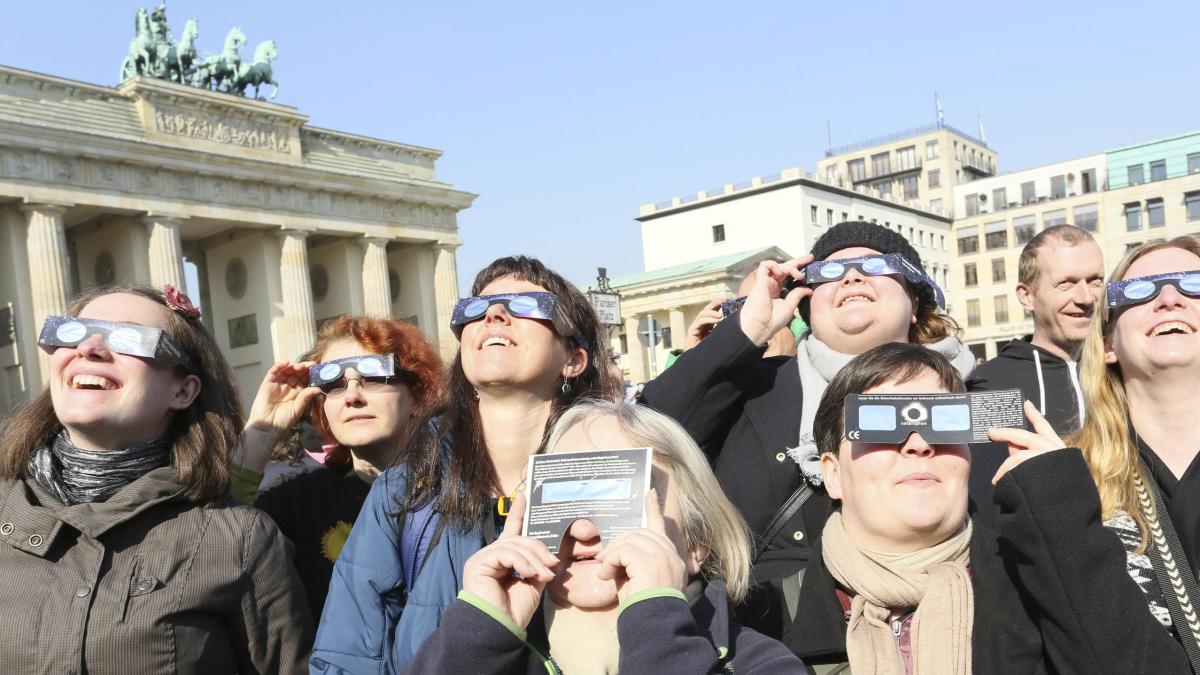 This is the best place to see the bitten sun

Only two to four solar eclipses occur on earth each year. On this Thursday, at least a partial darkening of the sun can be observed in Germany. Things are doing particularly well in northern Germany.

NAfter more than six years, another solar eclipse can be observed in Germany this Thursday. Many astronomy fans are already looking forward to the spectacle, even if, as most recently on March 20, 2015, it is only a partial eclipse of the sun. It will look like a bitten apple for a while at lunchtime.

In contrast to a total solar eclipse, in which the entire solar disk is covered by the new moon and appears black, in this partial solar eclipse you won’t even notice that it gets a little darker if you don’t pay attention to it. And with a cloud-covered sky you will not notice anything of this spectacle. So let’s hope the sun shines from the sky on Thursday.

Whether and for how long the solar eclipse is visible depends not only on the weather, but also on the observation location. The further north you are, the longer the sky phenomenon will be observed. In northern Germany around 20 percent of the sun’s disk is covered, in the south of the country it is only around six percent.

The time of maximum coverage will be between 12.20 p.m. and 12.40 p.m. depending on the location – the earlier the further west you are. About an hour earlier, the moon begins to “nibble” on the sun. It takes just as long after the maximum coverage until the sun is circular again around the sky.

If you want to look at the nibbled sun, you should definitely take the expert advice to heart, never look directly into the sun with your eyes – and certainly not with binoculars. The result could be damage to the retina or even blindness. Even sooty glasses, sunglasses, tinted packaging films or sun glasses do not offer sufficient protection.

You may only look at the sun with special solar eclipse glasses. Anyone who does not own such glasses and does not manage to get one before the solar eclipse, nevertheless still has a harmless alternative. With a so-called pinhole camera you can get an image of the partially covered sun disk without having to look in the direction of the sun yourself.

All you need is a piece of cardboard into which you poke a small round hole with a nail. This cardboard is then held between the sun and a wall, onto which the image of the sun is then projected. Looking at the image on the wall is not dangerous. (So ​​under no circumstances look at the sun through the hole in the cardboard!)

Instead of a wall, the image of the sun can also be created on the floor. To do this, one would have to crouch or sit down. In both cases, the picture can be sharpened by changing the distance between the cardboard and the wall or floor.

Six to 21 percent of the sun is covered

Anyone who decides to travel to Greenland at short notice could have a bigger solar eclipse experience there than in Germany. There is a zone there from which the moon moves centrally in front of the solar disk. Nevertheless, there will not be a total solar eclipse either, but only an annular one. So you will see a narrow, shining ring of light from the sun.

More than 700 wines from top regions directly from the winemaker, delivered to your home. In the WELT wine shop you will find highlights and insider tips, selected by experts. Free shipping from an invoice amount of € 79.

The distance of the moon from the earth on June 10th is a little too great to completely cover the sun disk from an observer on earth. This way, ring-shaped eleven percent of the sun remains unobstructed. This phenomenon should not be confused with the unique light of the corona, which is only visible in total solar eclipses around the central star.

The next (partial) solar eclipse will be visible in Germany on October 25, 2022.