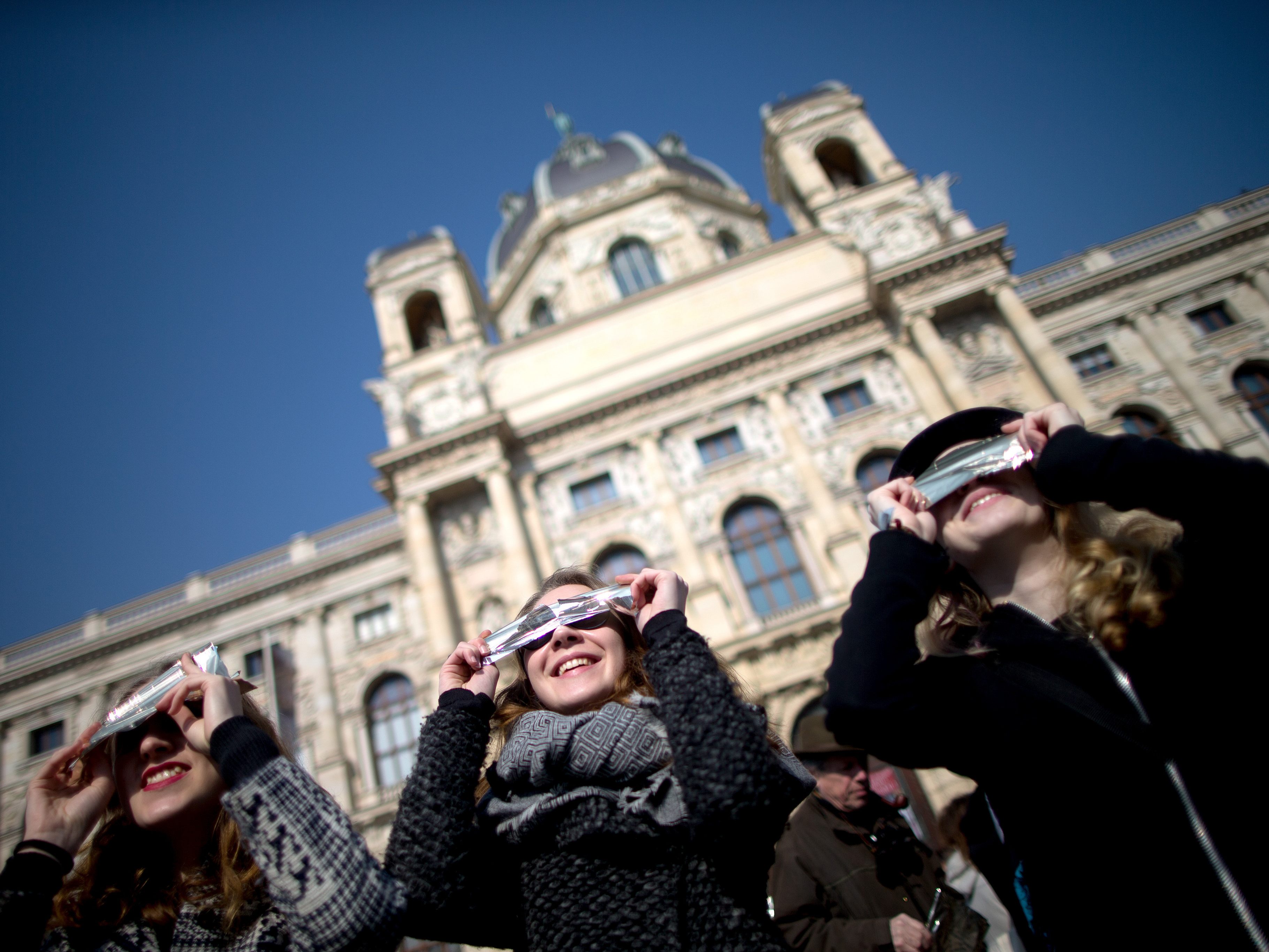 
The partial solar eclipse can be seen in totality in Austria.
©APA/GEORG HOCHMUTH

There will be a partial solar eclipse on October 25. If the weather is good, it can also be fully observed in Vienna.

With a partial solar eclipse on October 25, the climax of this year’s astronomical year approaches. Provided the weather is good, the eclipse can be seen in full across Austria, as Alexander Pikhard of the Vienna Working Group for Astronomy (WAA) explained to the APA. The sun will be 41 percent (average) in shadow. The observation is worth it, because this is the last solar eclipse in Austria until March 29, 2025.

At new moon, the moon is close to the sun as seen from Earth. On average twice a year, the Earth’s satellite covers at least part of the sun’s disk and a solar eclipse occurs. However, it cannot be seen everywhere on earth. The upcoming solar eclipse can be observed from almost all of Europe, it is partial and annular everywhere or totally nowhere in the world.

Maximum coverage of the sun seen in Vienna at 12.20 pm

In Vienna, the partial solar eclipse begins at 11:15 am. The moon rises to the upper right and moves to the lower left. Maximum coverage will be reached at 12:20. The surface of the sun’s disk is then about 30 percent obscured, measured by the diameter it is 41 percent. At 13:26 the celestial spectacle is over after a total of two hours and eleven minutes. The exact times and the exact degree of the eclipse vary slightly within Austria.

See also  Miguel Uribe: "Everything is on the way to 'total peace' being total impunity"

Warning: Only view the eclipse with eye protection

The darkness can only be perceived with appropriate protection. With the naked eye, you need eclipse glasses or solar filter foil, which are available in specialist astronomical shops. Pikhard warns against using “farmer’s remedies” such as rescue blankets, soot-blackened glasses, CDs or the like. If you want to observe with binoculars or a telescope, a solar filter film should be used in front of the telescope’s aperture.