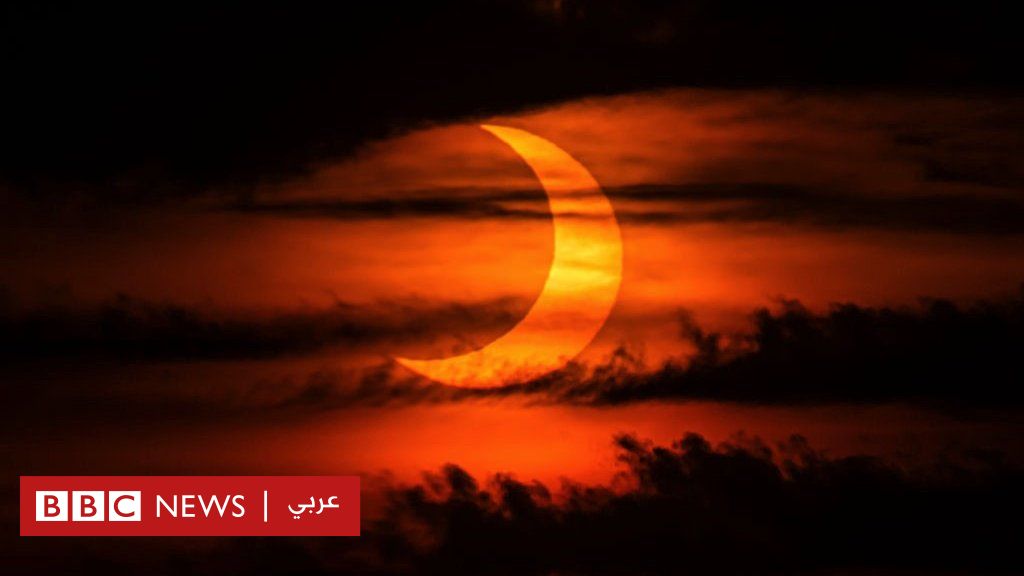 On Thursday, the northern hemisphere witnessed a unique celestial eclipse of the sun, but unfortunately the inhabitants of the Arab world could not watch it.

This event is known as an annular eclipse, as the moon’s shadow moves over the sun’s disk, but it does not completely block the light emitted by it.

At the height of this eclipse, the moon could be seen transforming the sun, within a short period, into a thin luminous ring like a “circle of fire” in the sky.

Only a few residents of the highest latitudes in an area equivalent to about 2 percent of the Earth’s area could see this event: northwest Canada, the far north of Russia and northwest Greenland. In the Arctic, the occultation rate was about 88 percent.

Residents of the eastern United States, northern Alaska, along with much of Canada and Greenland, and parts of Europe and Asia were able to view the eclipse.

Scotland was the most convenient place to view the eclipse in Britain, in terms of the size covered by the disk of the sun.

The “annular path”, which is the path across the Earth’s surface where the moon appears completely inside the sun’s disk in a wonderful scene, began at sunrise in Ontario, Canada, at 09:49 GMT, and lasted for about two hours.

Not every eclipse can be total, as the moon’s orbit around the Earth is not perfectly circular. The distance of the Moon from the Earth ranges between 356.500 km and 406.700 km.

This difference makes the apparent size of the moon in the sky variable by 13 percent.

“The eclipse gives us a chance to connect with the sun,” said university professor Lucy Green, who works in the UCLA Space Science Laboratory.

“Usually, our sun is very oriented, and we can’t pay enough attention to it,” she added in a statement to Jonathan Amos, the BBC’s science correspondent. To watch the moon slip over the front of the sun, and to remind ourselves of how time passes in our solar system.