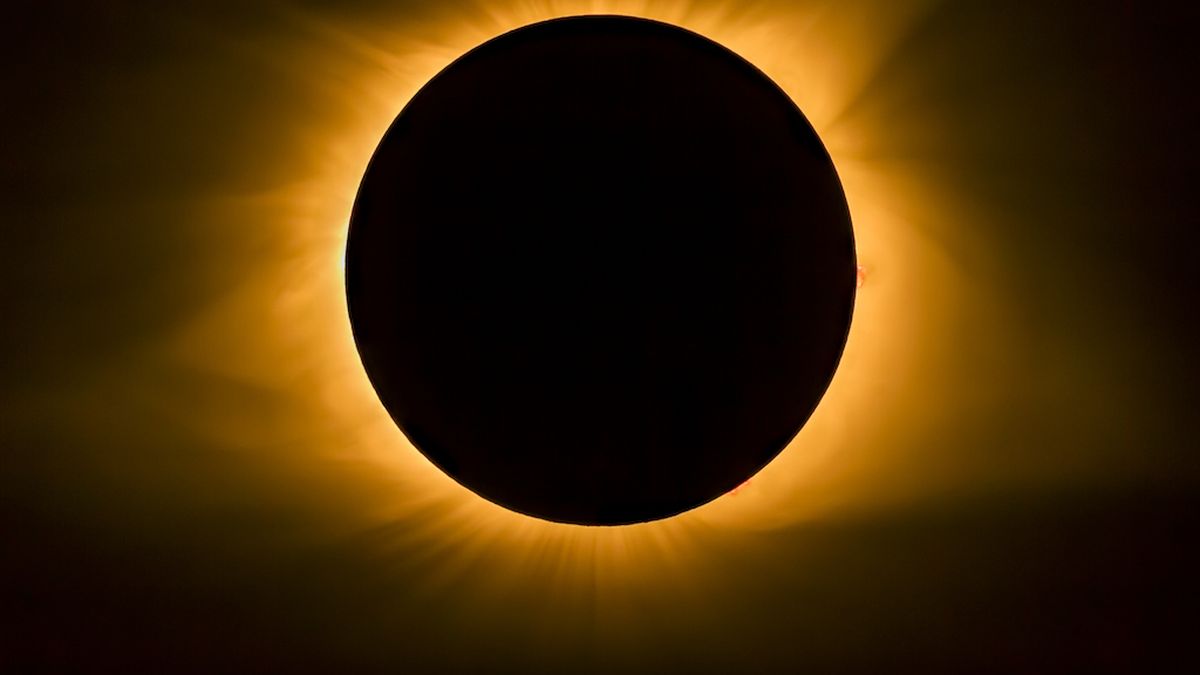 Today’s “black moon” will be partial because only a small part of the Sun will be covered by the Moon. There will not be a darkening of the day, because for the Earth to be in darkness the Moon would have to completely intervene. In this line Beatriz García, astronomer and researcher at Conicet, said that the maximum point will be seen in the afternoon.

“Where it will be seen best will be in the entire Pacific region, passing through Easter Island. It will only be possible to see it completely from the Antarctic Circle”he added.

One of the most interesting things is that there are two solar eclipses per year, but, after April 30, the next one that can be seen in the country will only be on October 2, 2024 and it will be an annular eclipse. “This type of eclipse occurs when the edge of the Sun is left uncovered. The Moon, due to its elliptical orbit, is farther from the Earth and does not completely cover the Sun’s surface. As a result of this movement, the shape of a ring. That solar eclipse will cross Argentina and will be seen in the province of Santa Cruz,” the professional explained.

When will there be another eclipse

There will be a lunar eclipse next month, which will be seen across America.

Regarding those that occurred recently, it is possible to mention those that were seen in Argentina between 2019 and 2021. At that time, there was the rarity that three total solar eclipses could be seen in Argentina. One in San Juan, San Luis and Buenos Aires; another in Río Negro and Neuquén, and the last in Antarctica.