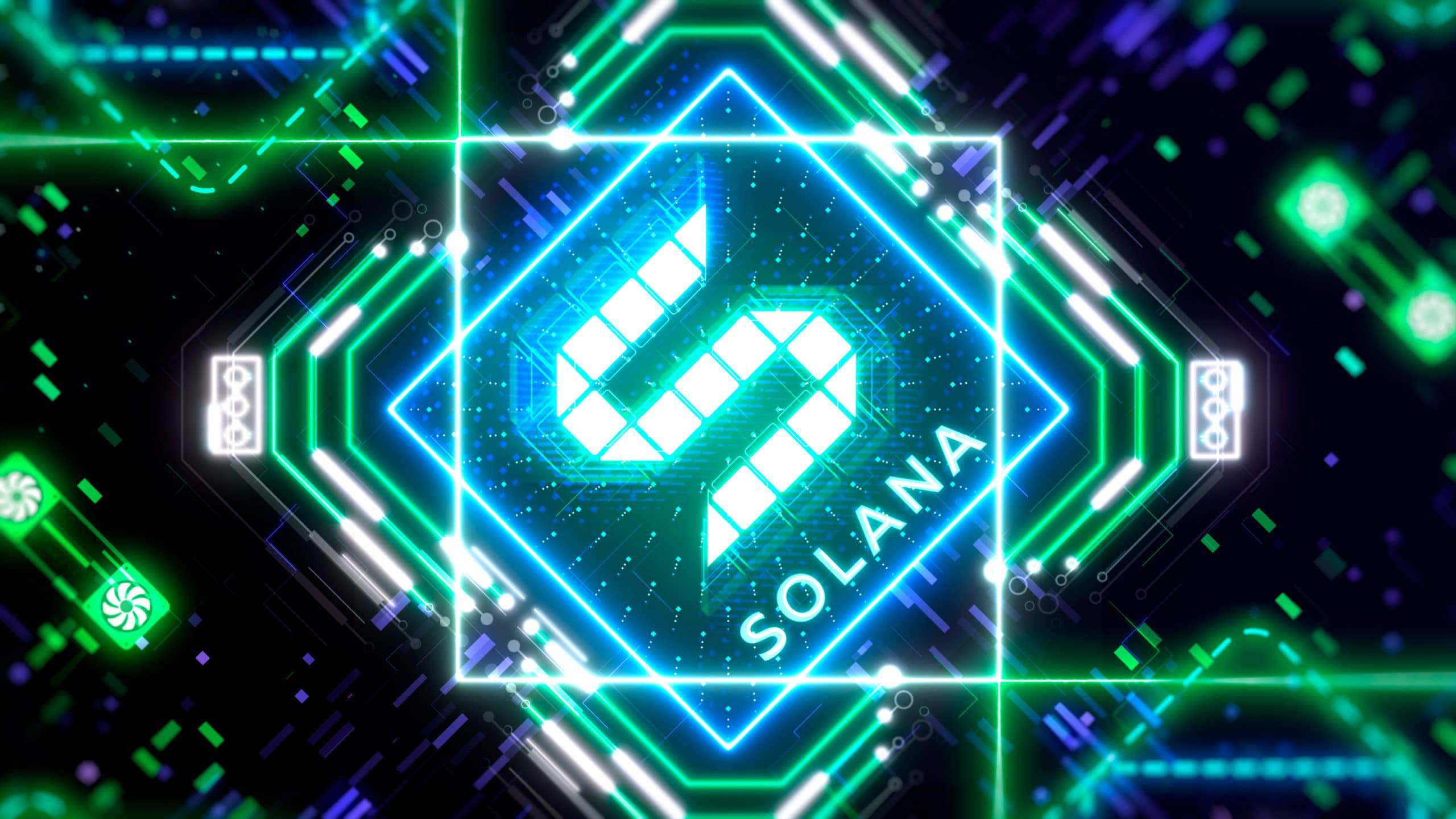 The competition among smart contract platforms is getting worse. While smart contract pioneer Ethereum is working flat out on the complete switch to Ethereum 2.0, numerous potential “Ethereum killers” are getting closer and closer to their completion. While Cardano and Polkadot have caused quite a stir with their updates in the last few months, a representative from the “midfield” also ran at full speed. We’re talking about Solana, one of the fastest blockchains in the world.

Two coffees and a beer

Solana was founded by the American programmer Anatoly Yakovenko. Yakovenko previously worked for the chip manufacturer Qualcomm, where he was responsible for the operating systems division.

In 2017, the hype about crypto currencies in general and Bitcoin in particular did not pass Yakovenko by. However, the programmer doubted at the time that Bitcoin’s sluggish proof-of-work mechanism would be suitable for applications on a global scale. Ethereum also failed to convince Yakovenko. “You take this really slow thing and add a Java Script” – this is how Yakovenko describes his opinion at the time in an interview, which his colleagues also shared.

At the time, Yakovenko was working on a start-up idea for deep learning hardware that he wanted to use for crypto mining during idle times. In the course of this, he dealt intensively with SHA256, Bitcoin’s mining algorithm. The question arose as to what a more efficient solution for building consensus in decentralized networks could look like. As one of the biggest problems of Bitcoin’s Proof of Work, he identified the communication of the network nodes about the time and sequence of transactions.

The sparkling thought came to Yakovenko in the fall of 2017 when he was sitting in a café in San Francisco at four in the morning and had two coffees and a beer: The connection of SHA256 and the Verifiable Delay Function (VDF) can make it possible to network around to build a kind of decentralized clock, according to whose clock all network nodes synchronize. Each transaction has its own time stamp, which can be used to easily check its validity.

What may seem banal at first glance is a small revolution in the blockchain country. With other blockchains, the time of a transaction cannot serve as a basis for building consensus, because the nodes in the network would have to agree on a common source for the variable time. The problem: nodes cannot trust an external time source or a timestamp that appears in a message. For example, if you search for a transaction in the blockchain explorer, you will also find a time. However, this only marks the point in time at which the network node of the blockchain explorer registered the transaction. A decentralized clock that applies to the entire network – this did not exist in this form before Solana. This “movement” from Solana is called “Proof of History”.

READ  Confusion about the future of the Girocard

As fast as a centralized system

Because Solana has a time source with the Proof of History on which all network nodes communicate, the network achieves processing speeds that overshadow everything that was previously available on the crypto market. For comparison: The Bitcoin network processes a maximum of 7 transactions per second (TPS), with Ethereum the value is 15-16 TPS. Solana manages over 50,000 TPS and can even compete with centralized server providers such as Amazon Web Services. Its architecture allows it to scale with the increasing performance of computers: the faster computers become, the greater the potential transaction throughput.

Beta version already in use

It is not the first time that such promises of salvation have been heard in the crypto space. Almost every crypto project after Ethereum claims to have found a solution to the blockchain trilemma of security, scalability and decentralization. In contrast to other projects where a lot, well, is still projected, Solana is already delivering today. And that, although the mainnet is still in beta shoes. Its enormous speed, coupled with extremely low transaction fees, make Solana ideal for applications in the field of decentralized finance (DeFi). This is where Solana Ethereum can seriously compete in the long term. For comparison: A million transactions in Solana cost an average of 10 US dollars (0.00001 USD per transaction), in Ethereum you currently pay at least 300,000 USD for the same amount of transactions.

One of the best-known dApps based on Solana is the decentralized Exchange (DEX) Serum, which was founded by FTX CEO Sam Bankman-Fried. Serum offers an order book (untypical for a DEX), extremely low fees and executes trades within a millisecond. Raydium, another Solana-based DEX, is similar in structure to known automated market maker protocols such as Uniswap. The community of Uniswap clone SushiSwap has been discussing a SushiSwap variant for Solana since February 2021. Together with Chainlink, Solana is also working on a high-speed oracle for course data.

Even if the name suggests otherwise, Solana’s Proof of History is not a consensus mechanism, but just part of the proof-of-stake process that secures the Solana network. With SOL, Solana has its own native coin, which is used for staking and paying transaction fees. Praiseworthy: There is no minimum amount that you have to stake at Solana. Each holder can delegate his coins to a validator or – provided that the hardware is appropriate – operate a validator node himself. Of course, validators with a larger stake have a better chance of finding a block in the network and earning staking rewards. In February 2021, the distribution of rewards for the stakers in the beta mainnet began – and with it the inflation of SOL.

The staking rewards are fed from the inflation of the network. The target is an inflation rate of 8 percent for the first year. In the following years, inflation is expected to fall by 15 percent until an annual inflation of 1.5 percent is reached. As with other proof-of-stake networks, the rate ultimately achieved with Solana also depends on several factors such as the ratio of the staked coins to the overall supply. Because SOL tokens are destroyed with every transaction, there is also a deflationary element in Solana’s token economy. This means that with the increasing use of Solana, the number of “burned” SOL tokens also increases.

Recently, the blockchain project was able to once again underpin its claim to the top 10 cryptocurrencies with the help of another funding round, which brought in between 300 and 450 million US dollars. This reported Decrypt on Friday, June 4th, with reference to unnamed sources.

A good sign is that the Solana Foundation has also offered investors a guaranteed redemption rate of $ 0.19 for the first 12 months after the IEO. The condition: SOL had to be paced continuously. The offer testifies to the great confidence that Solana has in its own technology.

At least so far, the calculation has more than worked out. The careful observer will not have missed the fact that SOL is currently trading well above the issue price of USD 0.25. This is remarkable in that the holding period for early investors expired in January 2021.

A dump feared by many did not materialize, on the contrary: On January 1st, SOL was still trading at USD 1.58. In the spring, SOL started a massive rally that carried it to an all-time high of a whopping $ 58.03. That means an annual price increase of around 6,000 percent.

Through the spring rally, SOL fought its way into the top 20 cryptocurrencies with the largest market capitalization. At press time, SOL’s market cap is just over $ 11 billion. For comparison: industry leader Ethereum weighs over USD 267 billion. It is quite conceivable that some of this will flow into Solana. Especially in the DeFi area, Solana offers significant added value compared to Ethereum with its dirt cheap fees and the ability to implement high-frequency trading.

It is true that you always have to keep the enormous discrepancy between the issue price and the current SOL price in mind. The current all-time high also makes it difficult to make a direct recommendation for SOL. However, if you are thinking of enriching your portfolio with potential Ethereum killers, you should definitely keep Solana on your screen.

This article has been reviewed and updated, and was first published in the May issue of our monthly magazine, Kryptokompass. For information about a subscription, click here.