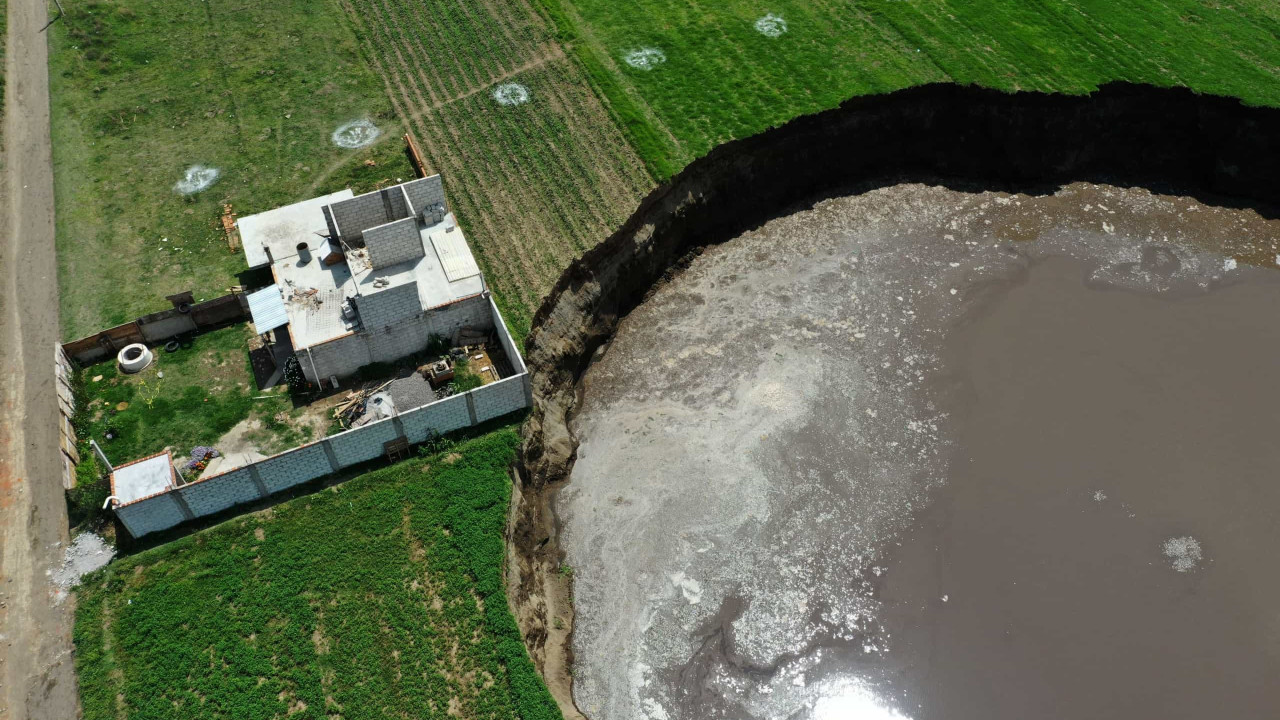 Dez researchers from the National Polytechnic Institute (IPN) arrived at the site on Friday to, in coordination with the Mexican Ministry of the Environment, begin geophysical work to determine what caused this fault in the ground that emerged last week.

On Friday, another house collapsed in the vicinity of the hole, with owner Magdalena Xalamihua assuring the EFE agency that she has not received any support from the Government since the fault arose last Saturday.

The abatement of the soil took place on a farm in the municipality of Juan C. Bonilla, just over 20 kilometers from the state capital of Puebla, an area where there are only a few small houses of people who cultivate the land.

When it first appeared, the hole was only five meters in diameter, but in just 24 hours it grew to 30 meters and has since grown steadily.

Also Read: Would You Live There? Giant Dolina Threatens to Engulf Farmers’ Houses in Mexico